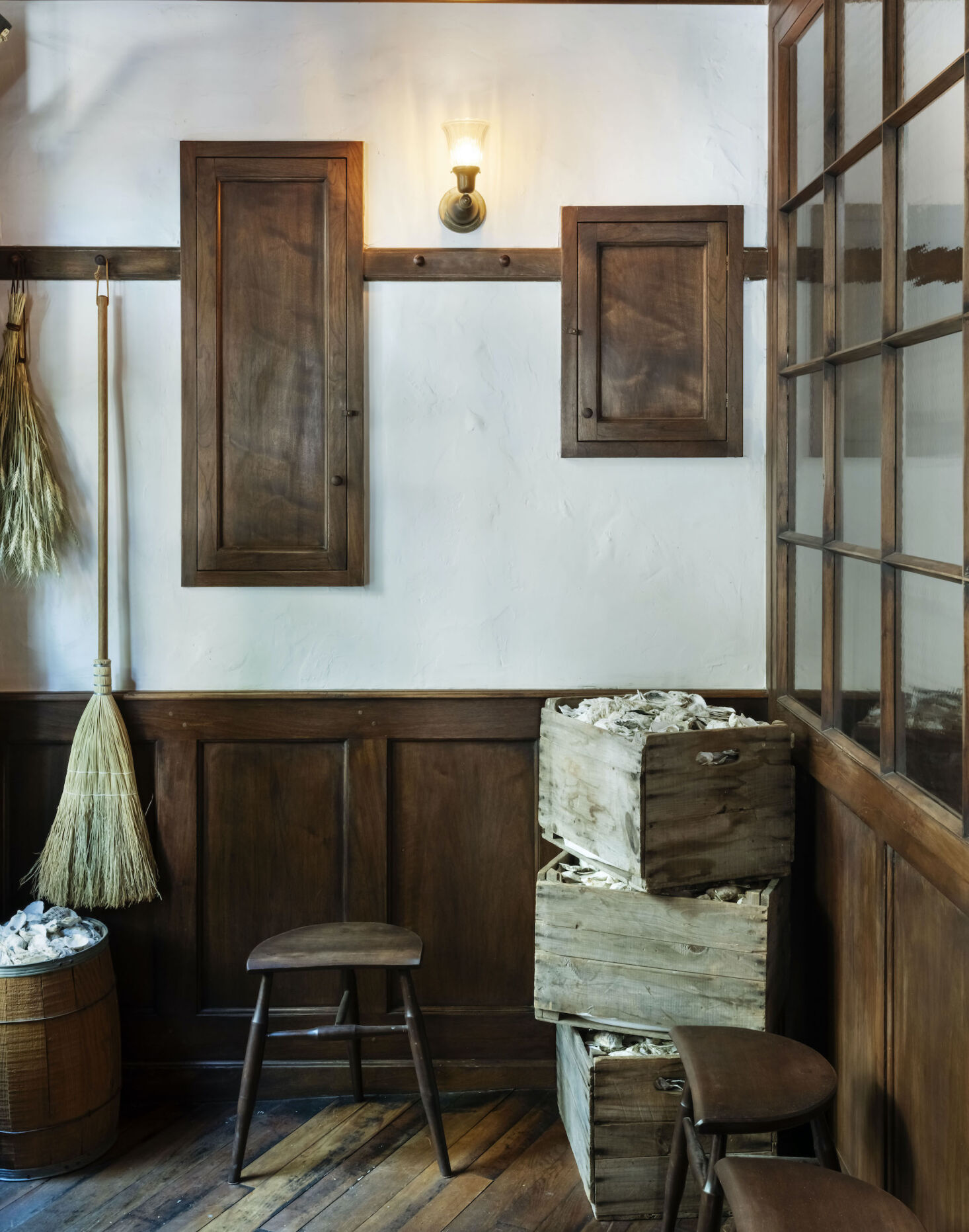 Between them chefs Jody Williams and Rita Sodi own five restaurants, all within blocks of each other in NYC’s West Village. The couple’s interests extend beyond the culinary—in addition to getting every bite just right (their trattoria Via Carota is the Remodelista go-to for celebrations of every sort), they create immersive experiences in which design plays a key role. Everything is considered in a Rita and Jody establishment down to the rolling trash bins hidden behind the bar and the length of the sleeves on the waitstaff’s jackets.

Their latest venture, The Commerce Inn, on a landmark Greenwich Village block across from the Cherry Lane Theatre, is a bar and restaurant that takes inspiration from Shaker design and early American taverns. To create what they envisioned, the two chefs spent years immersing themselves in early American cookery and Shaker ways (“they were impressively egalitarian and sustainability minded,” says Jody). They then recruited a large creative team, including architect and Shaker aficionado Ben Bischoff of Made; architect Richard Lewis, who designed Via Carota; and designer/builder Michael Smart of Urban Aesthetics, to consider every inch.