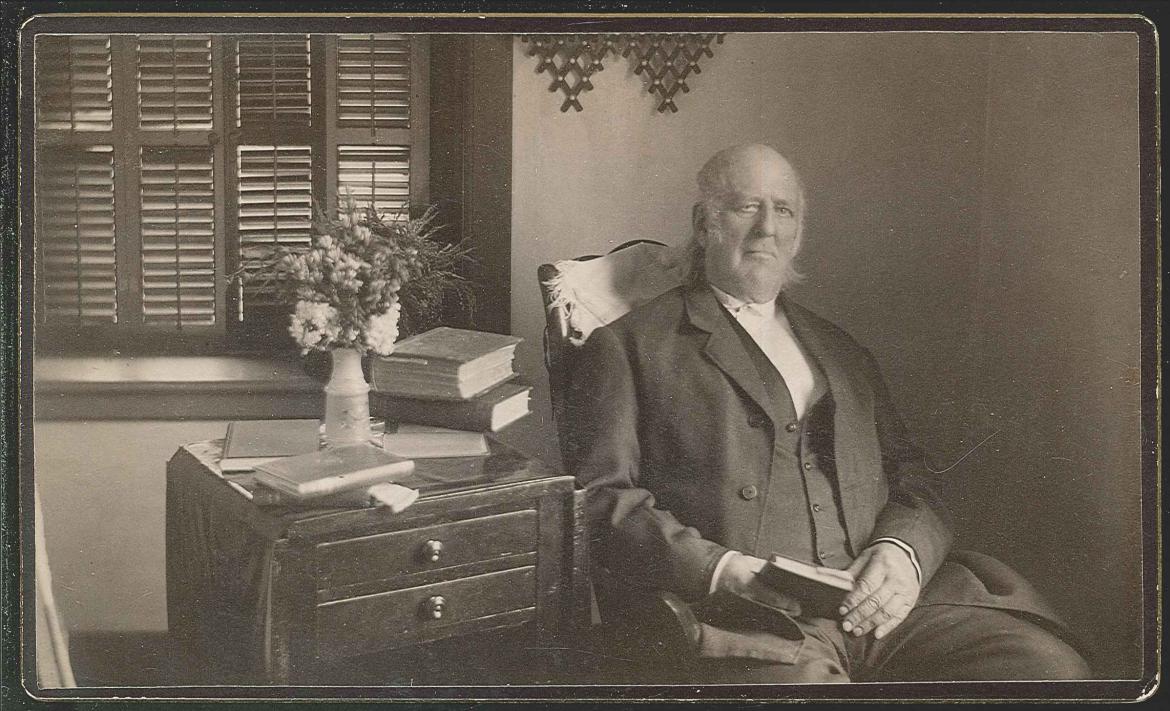 George M. Wickersham came from a family that had lived at the short-lived community inspired by Robert Owen in Valley Forge, PA. Encouraged by his father to visit the Shakers, he joined the North Family at Mount Lebanon in 1827. He'd worked as a machinist in Valley Forge and Philadelphia, and he continued to do so as a Shaker, and was a furniture-maker as well. He was also an architect; he designed the new Church Family dwelling after the fire of 1875, drew plans for what became the Great Stone Barn at the North Family, and also may have worked at Watervliet's 1848 meetinghouse, though in what capacity is not clear. In 1852 he moved to the Church Family at Mount Lebanon, and acted as a deacon from 1856 until 1891, the year he died. An essay he wrote, "How I Came to Be a Shaker," was published as a pamphlet at Canterbury, NH, and in the Shaker Manifesto in 1891.