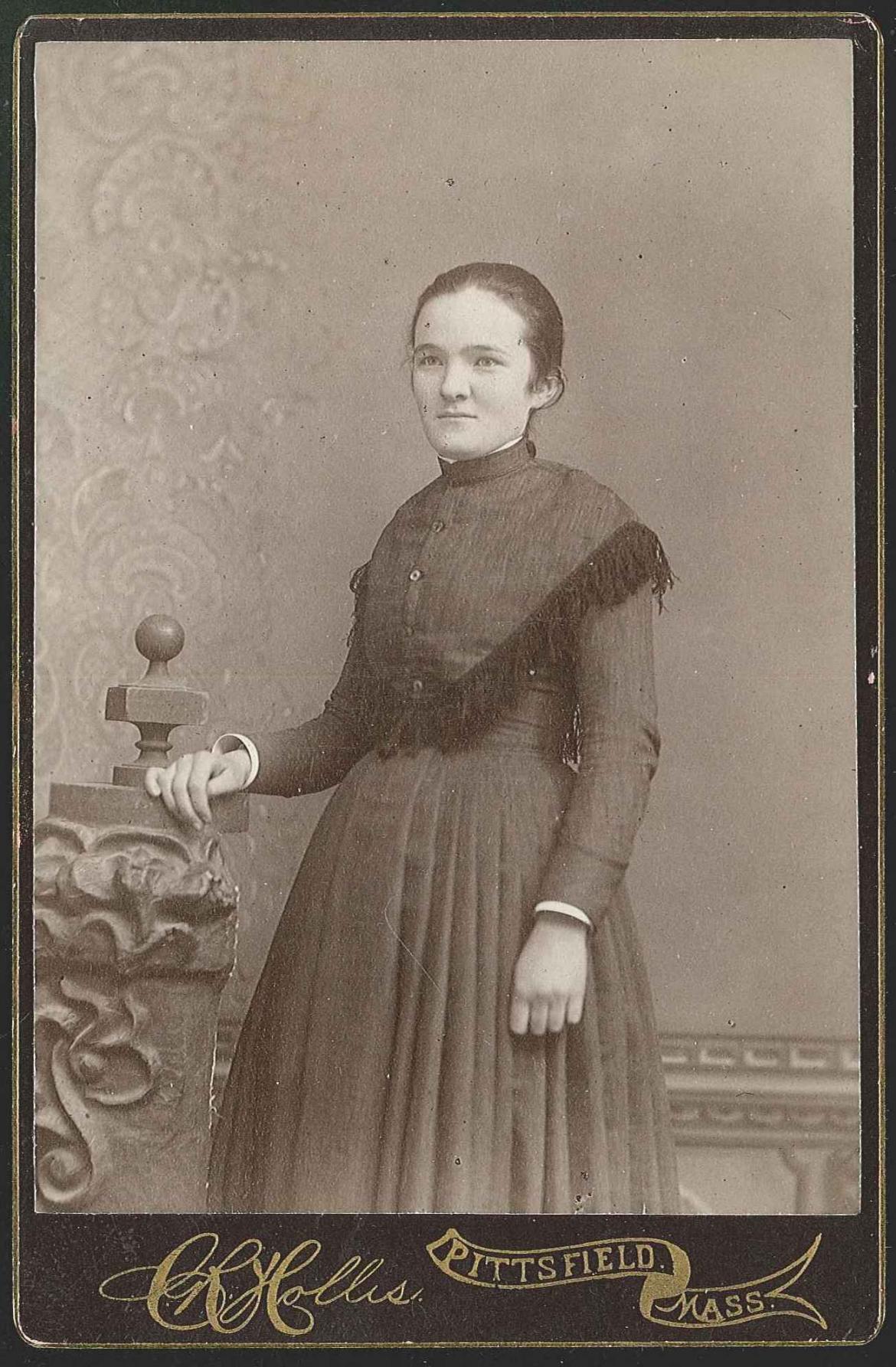 Julia Matilda Dalton, also called "Mintie" or "Minta," she was born in Brooklyn, NY, and was admitted to the Mount Lebanon Church Family in 1876. She attended the Mount Lebanon school and worked at covering pasteboard boxes. She left the community in 1890, when she was about eighteen years old. Later that year, Brother Henry Clough also left the family, and the two married. They had three children, Alice, Dorothy and Albert (see here for a photograph of Mrs. Clough and her infant daughter: https://shakerml.org/object/?id=16737). In 1909, the Clough family returned to Mount Lebanon and lived at the Center Family, where Henry managed the Shakers' medicine business. In the early 1920s, they moved to Lebanon Springs. She donated a number of objects she'd received from Shakers, as well as a collection of historic photographs, to the Shaker Museum | Mount Lebanon in 1950.