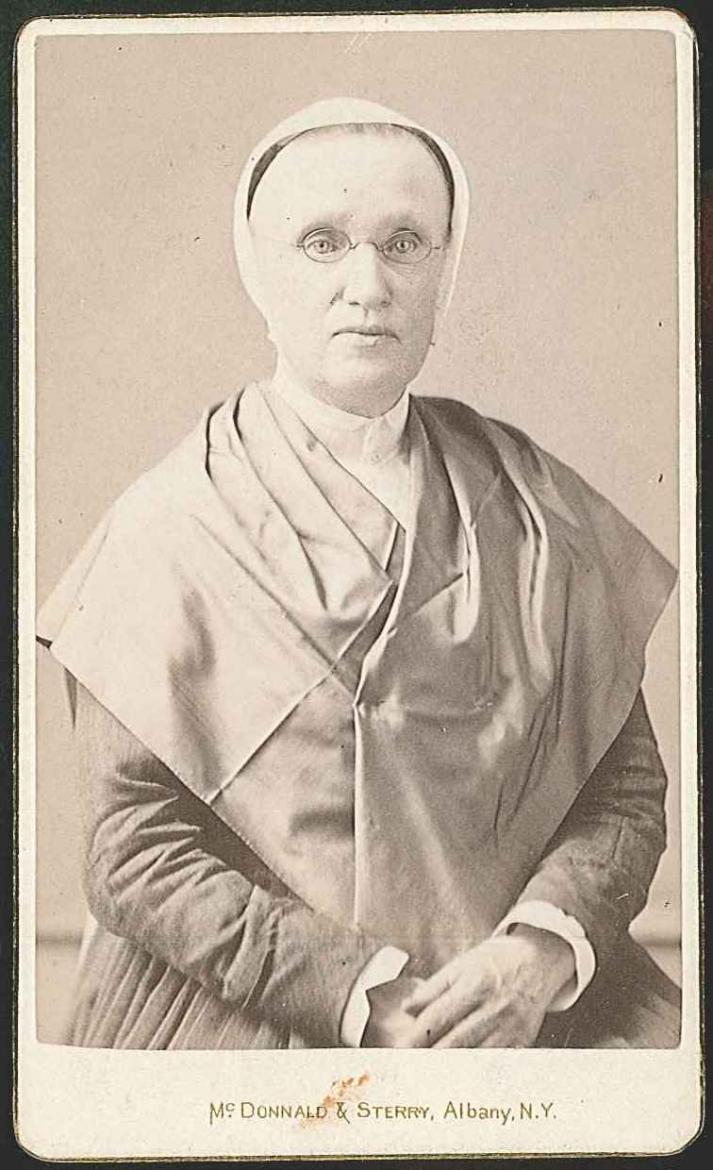 Sister Anna Dodgson, or Dodson, was one of a group (along with her parents Deborah and John) who joined the Shakers after the failure of the short-lived community at Valley Forge, PA (as was Brother George Wickersham). She was admitted to Mount Lebanon's Church Family in 1828 and lived there the rest of her life. She worked in various capacities including making bonnets and baskets, was a teacher and caretaker of girls, and a deaconess for fifteen to twenty years. As part of the latter occupation, she kept a series of journals which document the daily activities and work of the members of the Church Family, and comprises a record of events. She also received gift songs and wrote music, poetry, and essays published in the Manifesto.