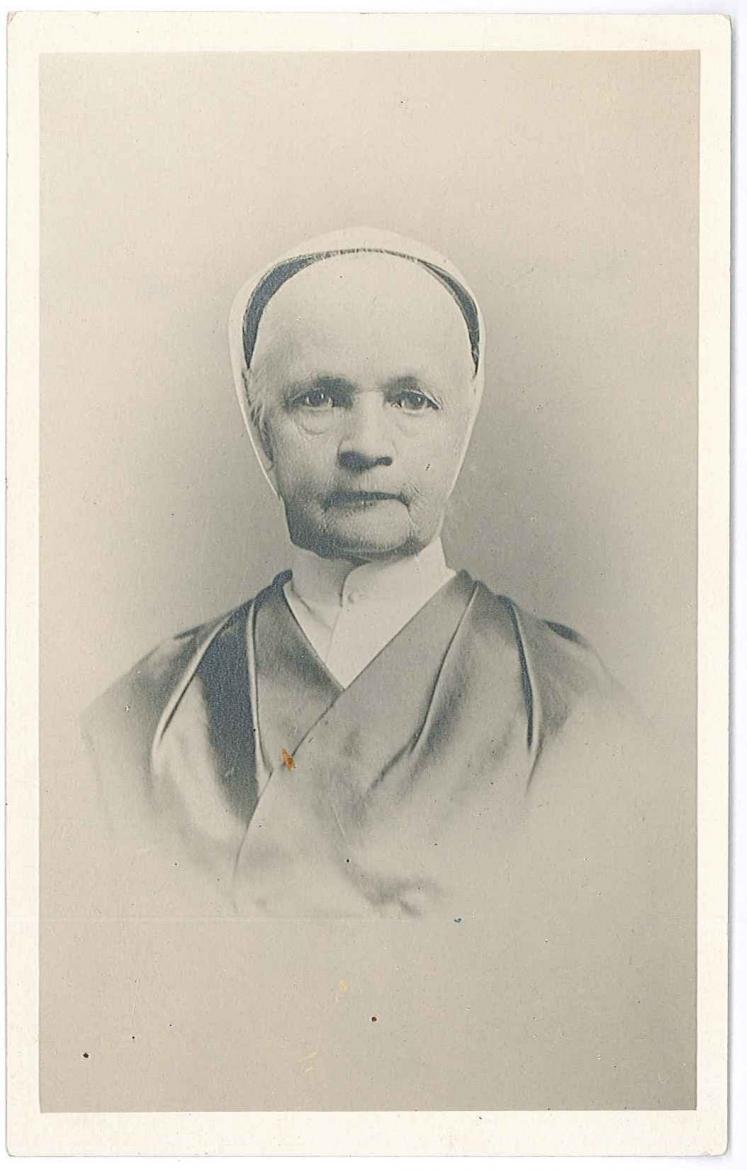 Harriet Bullard came, with her sister and aunt, to live at the North Family, Mount Lebanon, at the age of 13. She came of age during the Era of Manifestations, and as an instrument wrote a number of testimonies. She evidently showed leadership ability from a young age, for in 1850 she was made Second Eldress at the North Family, where she worked with the young sisters. From 1865 to 1881, she served in the same capacity at the gathering order of Watervliet, the South Family. After the death of Eldress Polly Reed, she was named Second Eldress in the Central Ministry. A notice published in the Shaker Manifesto in December of 1881 stated, “Those of us who have been intimately acquainted with her for many years know her to be altogether competent, worthy, and an unexcelled champion of our faith. We are safe in assuring all that the interest of the faith and organization will only improve under her administration… and the original force and determination of her character for the right will be ever and righteously administered. The mantle has undoubtedly fallen properly.” From 1891 to 1914, Eldress Harriet was First in the Ministry. In that capacity, she traveled to Shaker communities, worked to keep them viable for as long as possible, and made decisions as to when to close and consolidate those that were failing, and where to send the remaining Believers. She continued in the Ministry until the age of 90, when she resigned.