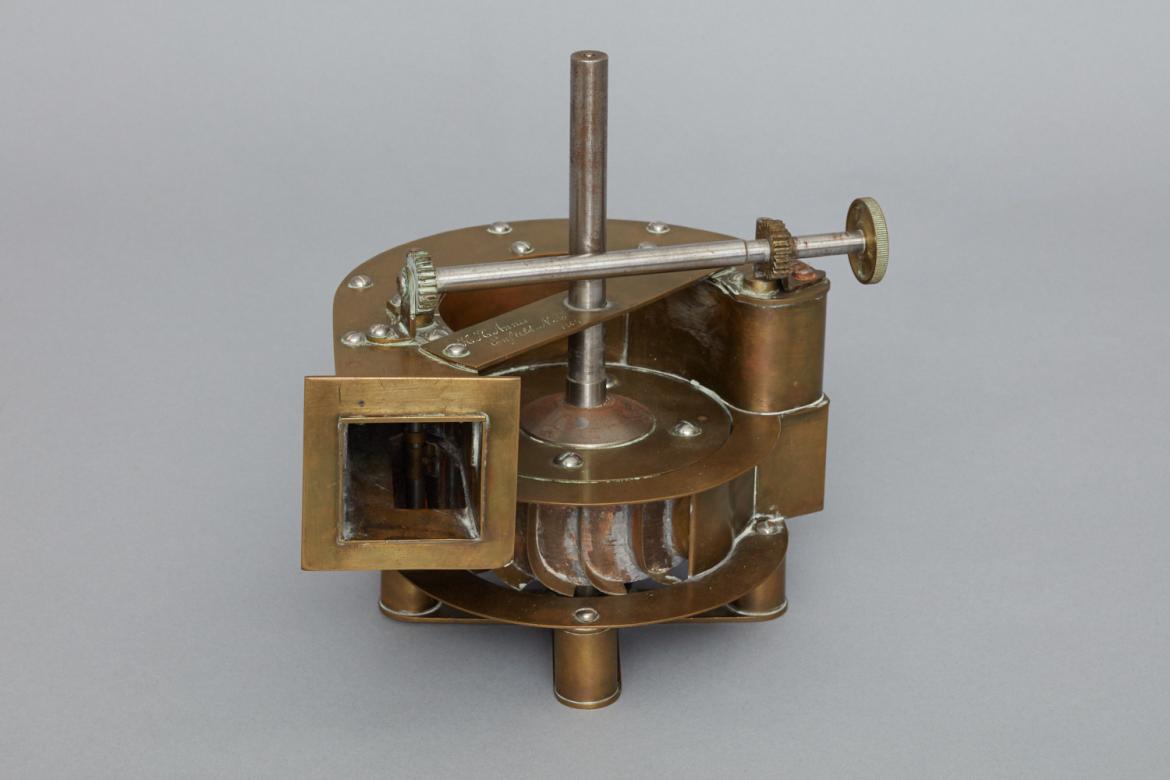 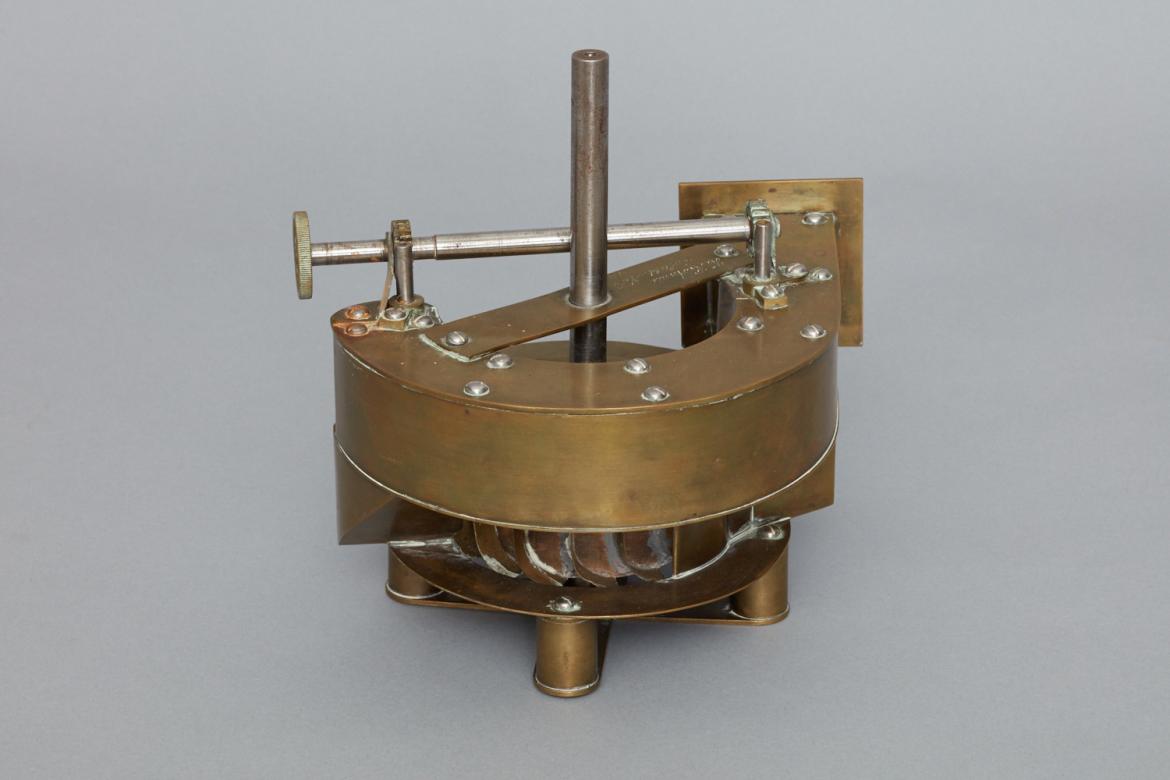 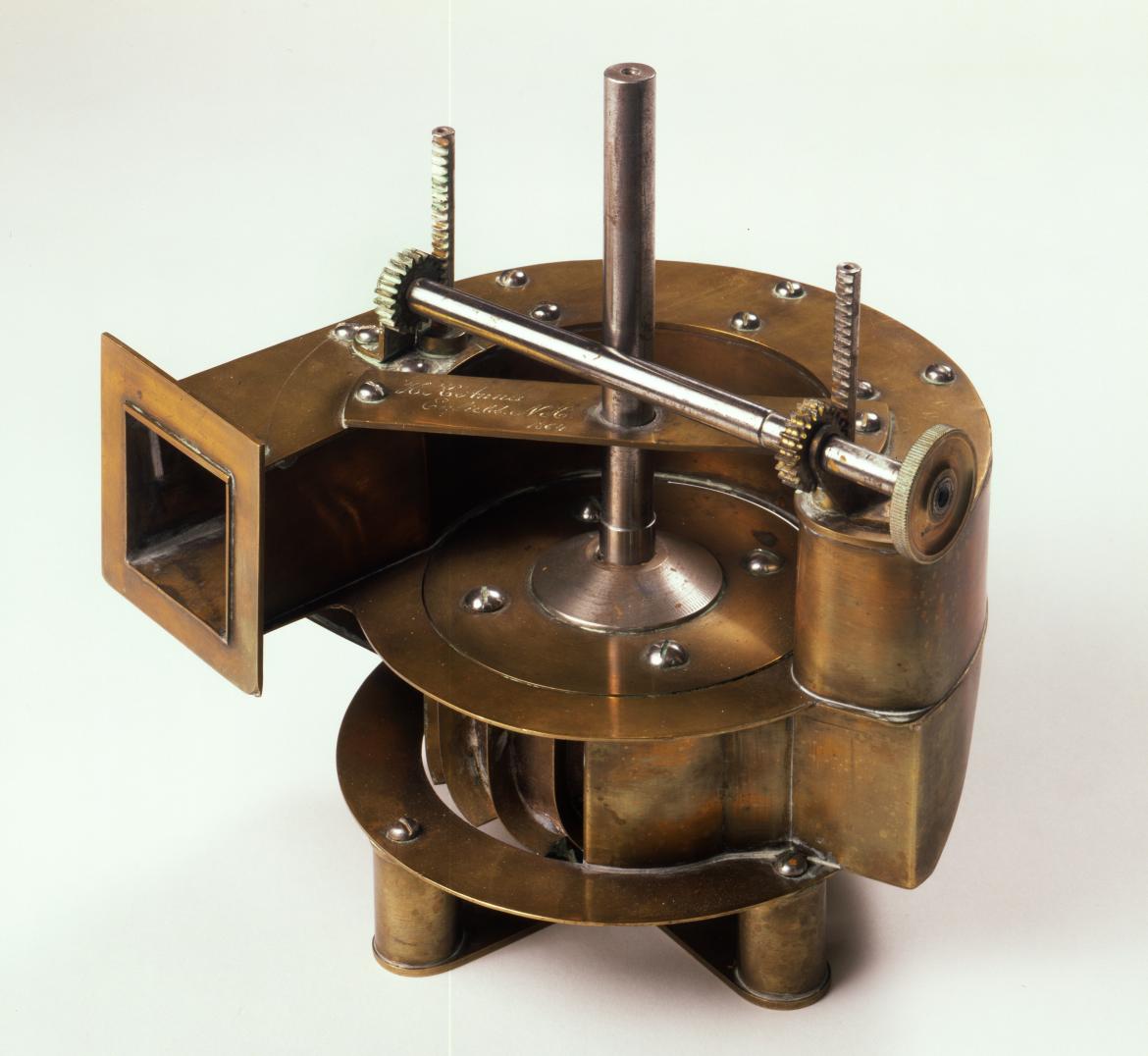 Brass and steel model water wheel. Water wheel rotating in the horizontal plane, an integral water intake with retractable inlet and outlet covers operated simultaneously by a knurled knob on a steel shaft with a gear wheel for each. The covers raised or lowered by means of geared shafts that engage the gear wheels on the steel shaft.

The combined knowledge about the use of water power among the Shakers was immense. Dozens of waterwheels and water turbines were in use at any given time driving the machinery of Shaker industry. Although the Shakers purchased some water turbines from the outside world, the extensive experience Shaker brothers accumulated about water power led to waterwheels and turbines of their own invention. On November 15, 1864, the United States Patent Office issued patent number 45,114 to H.K. Annis, a member of the Second Family at Enfield, NH, for an improvement in a waterwheel that regulated the quantity of water used by the wheel as the demand for power increased and decreased. "That is to say," Annis wrote in describing his invention, "if a wheel of my invention be constructed of a size capable of giving out ten horsepower as a maximum, the same wheel, with one half the quantity of power [i.e. water] be capable of giving out or yielding five horsepower."[1] Ordinarily a waterwheel could be operated at less than its full power, but there was no reduction in the quantity of water used when doing so. Annis or the Second Family Trustees, Jason Kidder and Hiram C. Baker, to whom he assigned the patent rights, applied for his patent through the offices of Munn and Company in New York City. Publishers of Scientific American and specialists in securing patents for inventors, Munn and Company draftsmen prepared the patent drawings and application for Annis waterwheel. The patent model itself may have been made by Annis, another Shaker, or by a model maker recommended by the company. [1] NOC 6380 and 6381.