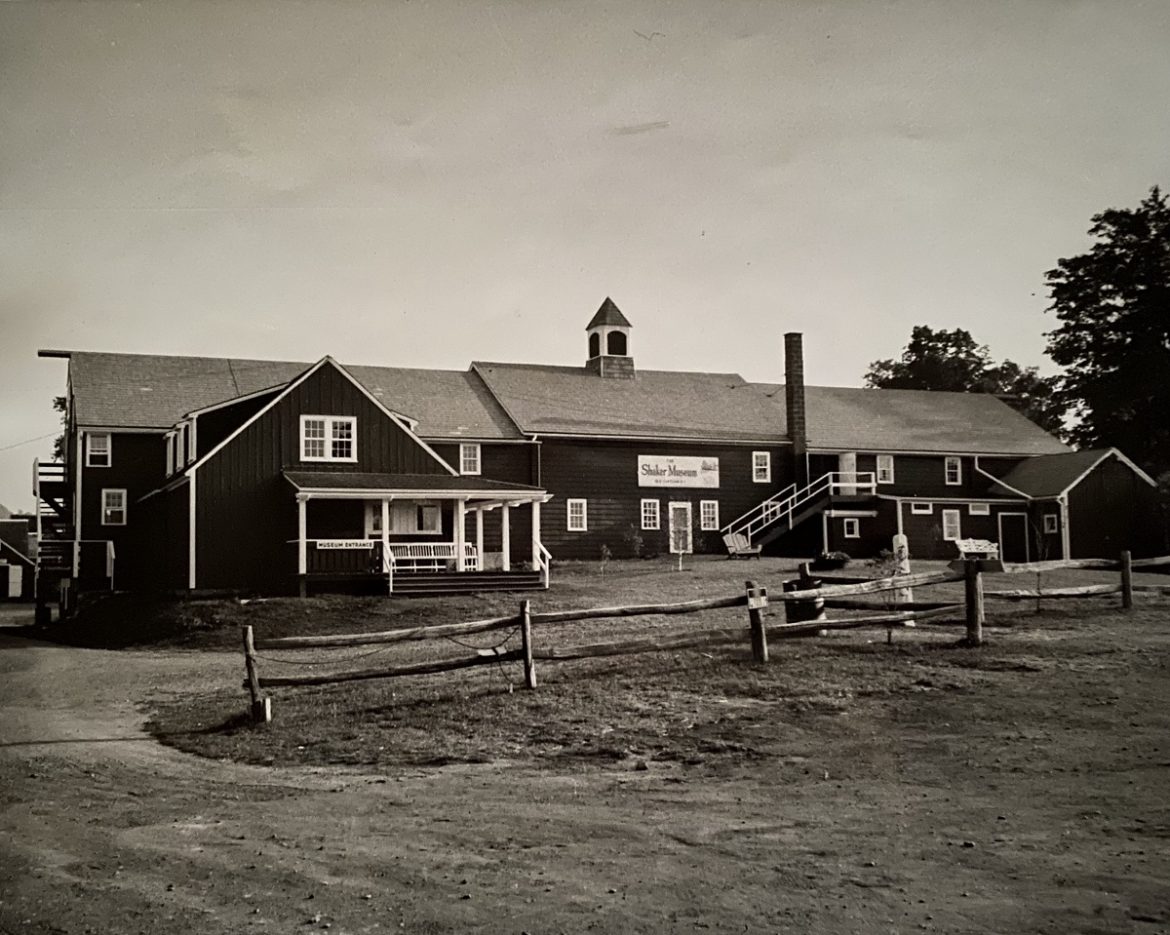 “There is a mutual friendship which has developed”: How the Shakers helped build the Shaker Museum

This July, Shaker Museum celebrates its 70th anniversary. The Museum and much of the collection exists today because of the vision and efforts of founder John S. Williams, but credit is also due to the Shakers, who came to like and trust Williams but were also deeply invested in preserving their history. John Stanton Williams, […]

This July, Shaker Museum celebrates its 70th anniversary. The Museum and much of the collection exists today because of the vision and efforts of founder John S. Williams, but credit is also due to the Shakers, who came to like and trust Williams but were also deeply invested in preserving their history.

John Stanton Williams, Sr. (1902-1982) built the museum in the dairy barn and farm buildings on his property in Old Chatham, NY. His interest in the Shakers began in the 1930s with tools and equipment and gradually expanded into all objects made or used by the Shakers, as well as manuscripts, imprints, and historic photographs. Williams was not only a collector but also was concerned with the preservation of history, and he worried that the Shakers were “gradually disposing of their goods, many of them museum pieces, to people who didn’t know the history of the objects they bought, cared less, and would in a few years probably throw them away.”  Before the Museum opened to the public, he’d acquired more than 4,000 artifacts. In 1948 he hired the Museum’s first curator and director, H. Phelps Clawson, who worked on installing displays and cataloging the collection. Williams continued to add to the collection, donated the land for the Old Chatham campus, and was closely involved in the Museum’s operations for decades.

The earliest acquisitions came about with the assistance of Sister Emma J. Neale. Sister Emma, who was then in her nineties, had been a trustee for Mount Lebanon since 1901. In 1930, she oversaw the sale of the Church and Center Family properties but still had the buildings’ contents to dispose of. Though the Shakers badly needed the funds realized from the sale of their possessions, Williams quickly became more than just a collector; he later stated that on several occasions she remarked, “Mr. Williams, you are really going to start a Shaker Museum.”

In 1948, Williams made contact with Eldress Emma B. King of the Canterbury, NH, Shaker community, which had become the seat of the Central Ministry following the closure of the Mount Lebanon community in 1947. Both Williams and Clawson established a strong relationship with her. Soon after meeting Clawson, she wrote to him, “Your kindly expressions of appreciation convince us that we have made another friend, not just another gentleman interested in a unique collection for the museum, but a friend who has glimpsed the ideals upon which our homes were established.”  To Williams, she wrote:

Aside from the personal interest we feel because of the Shaker collection, there is a mutual friendship which has developed through our own business relations which we appreciate and hope may continue. We feel you have been very fair to us in your dealings and unlike most museum promoters there is a sympathy and interest in what our organization represents and a desire to be helpful to us, while we contribute to your effort. This naturally calls forth our regard and respect and a desire to be cooperative with you.

Thanks in part to that “personal interest” and sense of friendship, the Museum acquired hundreds of interesting and important artifacts. Through Sister Emma Neale at Mount Lebanon, John Williams acquired objects ranging from hand tools and pieces of equipment used in various industries to decorative arts pieces such as baskets, oval boxes, and cupboards. Williams later remarked that without Sister Emma’s “faith and help, the job would have bogged down and perhaps been abandoned.” Another blog post recounted the story of how one of the Museum’s treasured artifacts, a piece of fabric believed to be from a dress worn by Shaker founder Mother Ann Lee, came to the Museum from the sisters of Canterbury. Sister Jennie Wells, who moved to Hancock after the Mount Lebanon North Family closed in 1947, also contributed; she dressed Shaker dolls in sisters’ costume and presented them to the Museum, as well as a pair of raccoon fur gloves which she believed to be the only ones in existence.

Eldress Emma King also worked to identify objects that she thought would be good additions to the collection. In a letter dated July 14, 1952, she wrote:

Have you any Shaker sewing desks at the Museum? If not I think I should reserve one for you before it is too late. They are in great demand and all we have left but two are needed and used by the sisters here. I do not want to sell to any other party what you really need or want for the Shaker Foundation. I am museum minded and in due course of time may find other items which may be helpful to you.

Eldress Emma reached out to the Sabbathday Lake Shakers to help add to the collection as well. In 1950, Williams had written to her to ask about acquiring a loom; she wrote back:

I have been investigating. We have several looms here at Canterbury but we use them for our work so would not wish to spare them. However by correspondence with Sister Eleanor Philbrook of Sabbathday Lake, Maine, I find they have a good loom, hand made by Elder Henry Green who figured actively in the history of both Alfred and Sabbathday Lake.

The collaborative relationship between Williams, Clawson, and the Shakers can be expressed no better than in a comment made by Clawson in a letter to Eldress Emma, urging her to attend the opening of the Museum, “This is a Shaker Museum – I would greatly give up any number of these bigwigs in order to have you and any number of Shaker Sisters that would care to come.” And in November, Eldress Emma wrote to Williams, “We are benefited by your efforts, to be sure, but I greatly appreciate what you have done toward the perpetuation of Shaker ideals, history and craftsmanship as well as inventions.”

H. Phelps Clawson with Sister Grace and Mary Dahm when they visited the Museum in September of 1950. Shaker Museum | Mount Lebanon archive.

3 responses to ““There is a mutual friendship which has developed”: How the Shakers helped build the Shaker Museum”