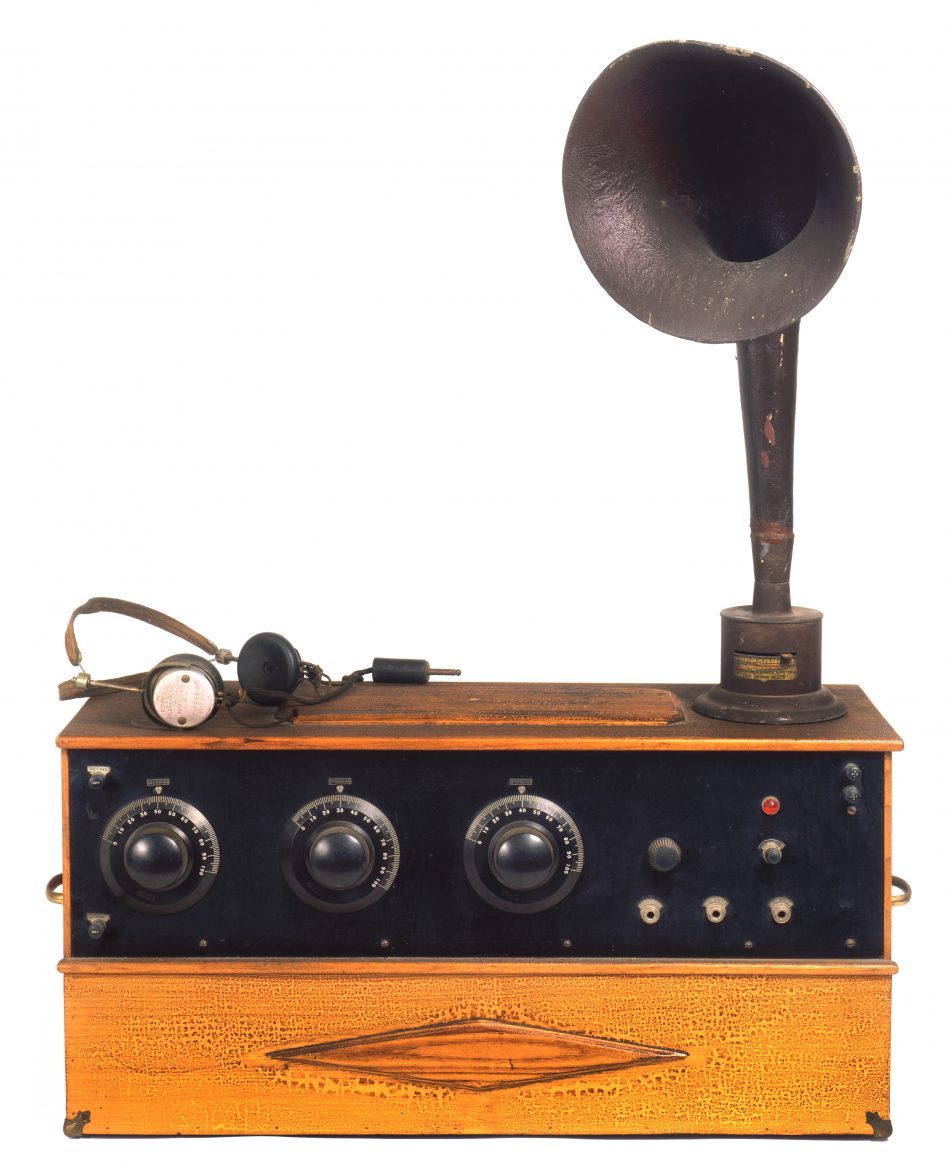 Radio technology comes to the Shakers

When asked the difference between the Shakers and the Amish, responding, “Well, you can probably just take a look at the Shakers’ website for the answer,” usually tells the inquirer what he or she really wants to know without getting into theological details. The Shakers traditionally embraced new technology when it became apparent that it […]

When asked the difference between the Shakers and the Amish, responding, “Well, you can probably just take a look at the Shakers’ website for the answer,” usually tells the inquirer what he or she really wants to know without getting into theological details. The Shakers traditionally embraced new technology when it became apparent that it could improve their necessary work and used it to connect to the outside world, whereas the Amish are very slow adopters of technology out of a concern that it will make it too easy to connect to the outside world. The Shakers’ relationship with technology, however, has not always been easy. There were times when it careened out of control – feeding the want more than the need – and had to be reined in. In 1802, the Shaker Ministry made a decision to slow down the introduction of new buildings and inventions by writing a circular letter to members of the Church:

The Church has gone too far in Building and in Labouring for outward Convenience and Invention and that the Sensation is greatly Darkened thereby – we therefore Covenant together to be of one heart and one mind not to Promote tolerate or Encourage any more of these things until there is a gift in union – furthermore if any member of members Either Brethren or Sisters Should Believe it to be Right to Build any new building or to Bring in any new Invention that is not now In the Church or to make any new Alteration for further Convenience, they are to Signify it in writing prefixing their own name with the date unto it and then to bring it to the Deacons or Deaconess of their own family, Each Sex in their own Line, for Consideration and the Deacons are to Bring it to Elder David [Meacham] and Elder David is to hand it to the Elders and the Elders are to Convey it to the Ministry and then to have Six months to Consider it if we judge necessary.

This process was meant to give the community time to make sure it was united in the introduction of new ideas, buildings, and contrivances, but it did not stem the tide of new technology being introduced and used in Shaker communities. The Shakers, at least at Mount Lebanon, subscribed to Scientific American, The Journal of the Franklin Institute, and a number of agricultural and medical journals, in order to keep up with new ideas and improve their lives. They were early adopters of such new inventions and improvements of sewing, woodworking, and mowing machines.

The object at hand – a radio receiver purportedly built from component parts by Elder Irving Greenwood (1876-1939) of the Canterbury Church Family – is an example of the Shakers’ early acceptance of new technology in the twentieth century. Irving’s mother died in 1882 and four years later, his grandmother brought him from Providence, Rhode Island, and placed him in the care of the Shakers. When Irving arrived, Canterbury was a thriving Shaker community; the Church Family had over 100 members. Over the years young Irving completed his education and became a useful member of the community. He eventually became assistant to Elder Arthur Bruce and when Elder Arthur died in 1938 he became the last surviving brother at Canterbury. Elder Irving kept a diary between 1894 and his death in 1939. The diary was transcribed and annotated, and published in 2005. (A Shaker Life: The Diaries of Brother Irving Greenwood, 1894-1938, ed. Susan Maynard. Exlibris Corporation, 2005.) This diary provides some information on Elder Irving’s acquisition of radios.

While the invention of the radio is attributed to Guglielmo Marconi in the 1890s, it was not until November 2, 1920 that KDKA, in Pittsburgh, Pennsylvania, became the first public station to broadcast radio programs. Other stations soon followed suit.  Elder Irving’s diary records on February 2, 1922, within five months of WBZ Boston beginning their public broadcasting, “We have bought a wireless telephone outfit of the Lewis Electrical Supply Co. of Boston. It is a Westinghouse Type R.C. Have also bought a Magnavox, a type of loudspeaking horn to use with it. It is only a receiving outfit. Cost complete without storage battery. Enough of it has come so Arthur & I try it out in the shop this eve. It was ordered the 1st of January.”

Sister Jesse Evans mentioned in her diary that the radio cost $232 and that Elder Arthur and Brother Irving were able to listen to a concert on February 25th.  In the next few days, the sisters were invited to listen as well, but, “weather inclement, results light.” The radio had been ordered on January 1, 1922, and apparently parts arrived over several days and had to be assembled by Elder Irving. A photograph of Elder Irving and the dog Dewey listening to the radio a year later probably shows that first radio. It is clearly not the radio in the Shaker Museum collection. The only other reference to Elder Irving building a radio comes in December 23rd and 24th entries in his diaries, in which he says, “I work in the power house. Trying to build a Radio set,” and, “Trying to finish Radio, do not succeed.” He does not mention that he was eventually successful in its assembly but most likely he was.

The radio in the Museum’s collection seems to be a later, and unmentioned, effort by Elder Irving to assemble a radio. It will have to be up to those readers with an interest in such matters to weigh in on the possible date of the Museum’s radio. The components have been mounted in a butternut case. The small knob in the upper left-hand corner is marked “antenna” and is apparently where the antenna was to be connected. In the lower left-hand corner is a knob marked “ground.” The three Velvet Vernier tuning knobs (left to right) are marked “Ant. Tuning,” “1st Neutro,” and “2nd Neutro.” The three silver plug-ins are marked (left to right) “Detector,” “1st Step,” and “2nd Step.” There is an unmarked knob above them and next to it an “Off/On” switch. In the upper right-hand corner are two knobs marked “A Bat +” and A Bat -.” The tubes inside the radio are marked “EVEREADY | RAYTHEON | ER201-A.” The radio was accompanied by both a loudspeaker manufactured by the Manhattan Electrical Company in New York, and a set of earphones.