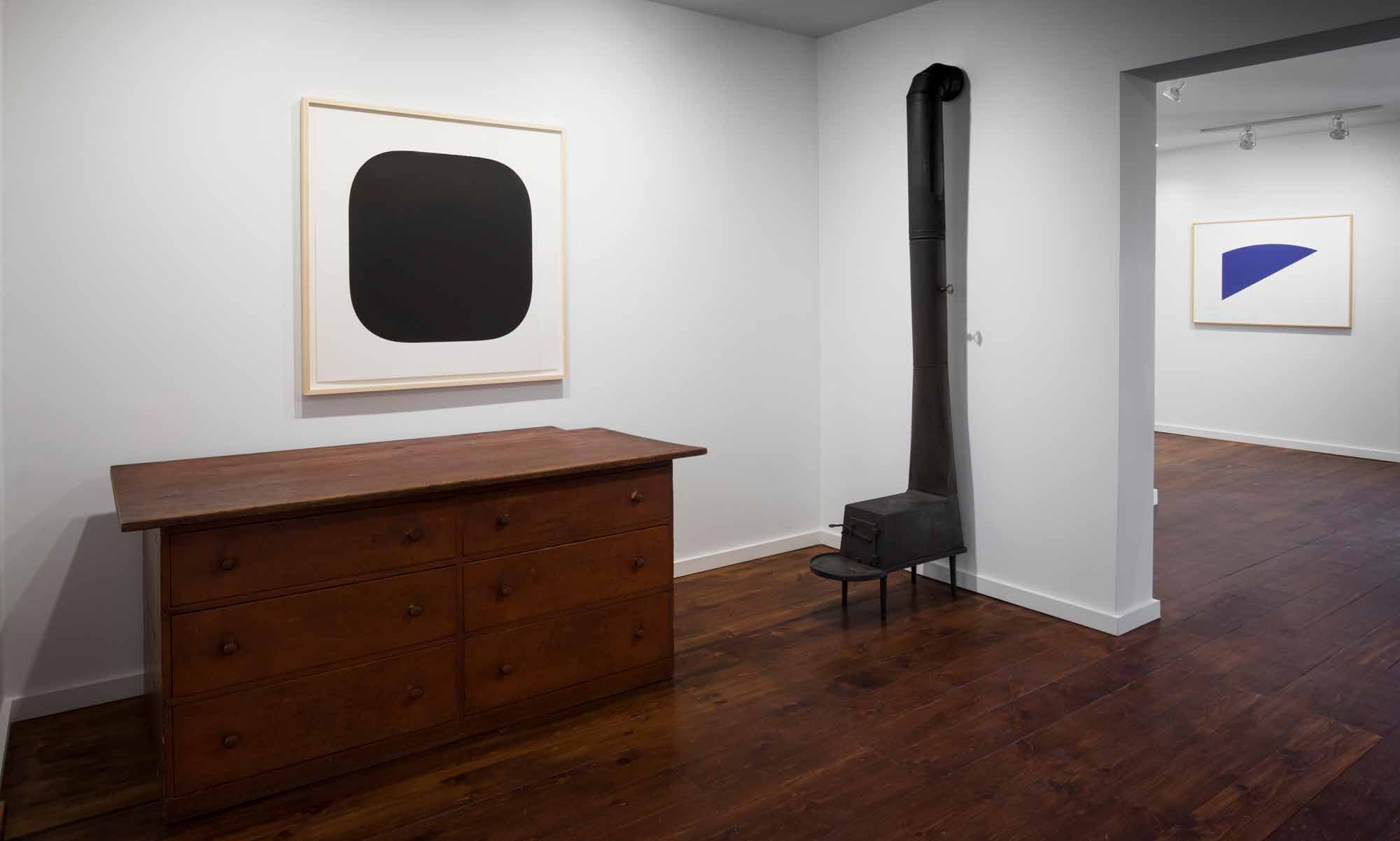 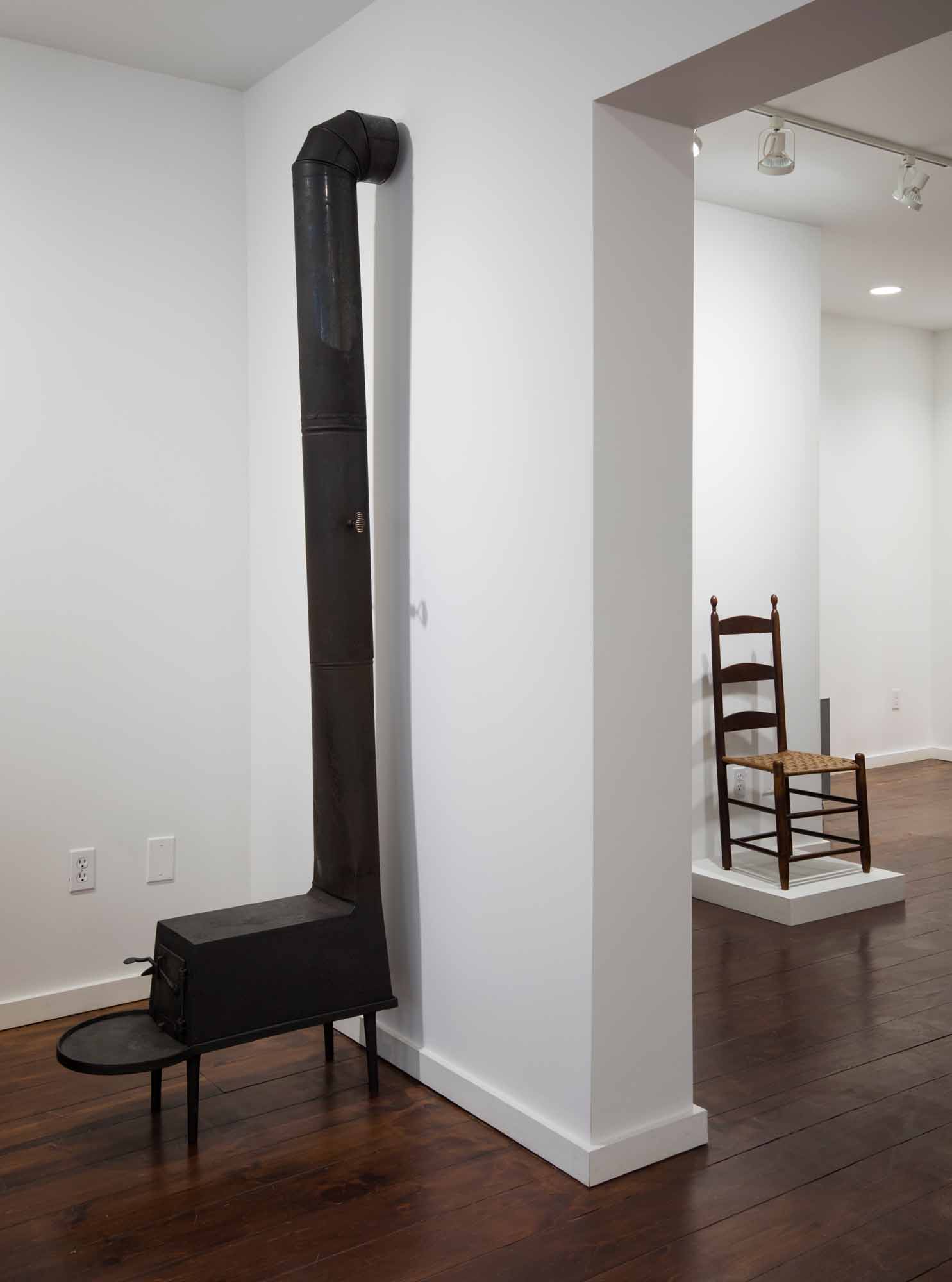 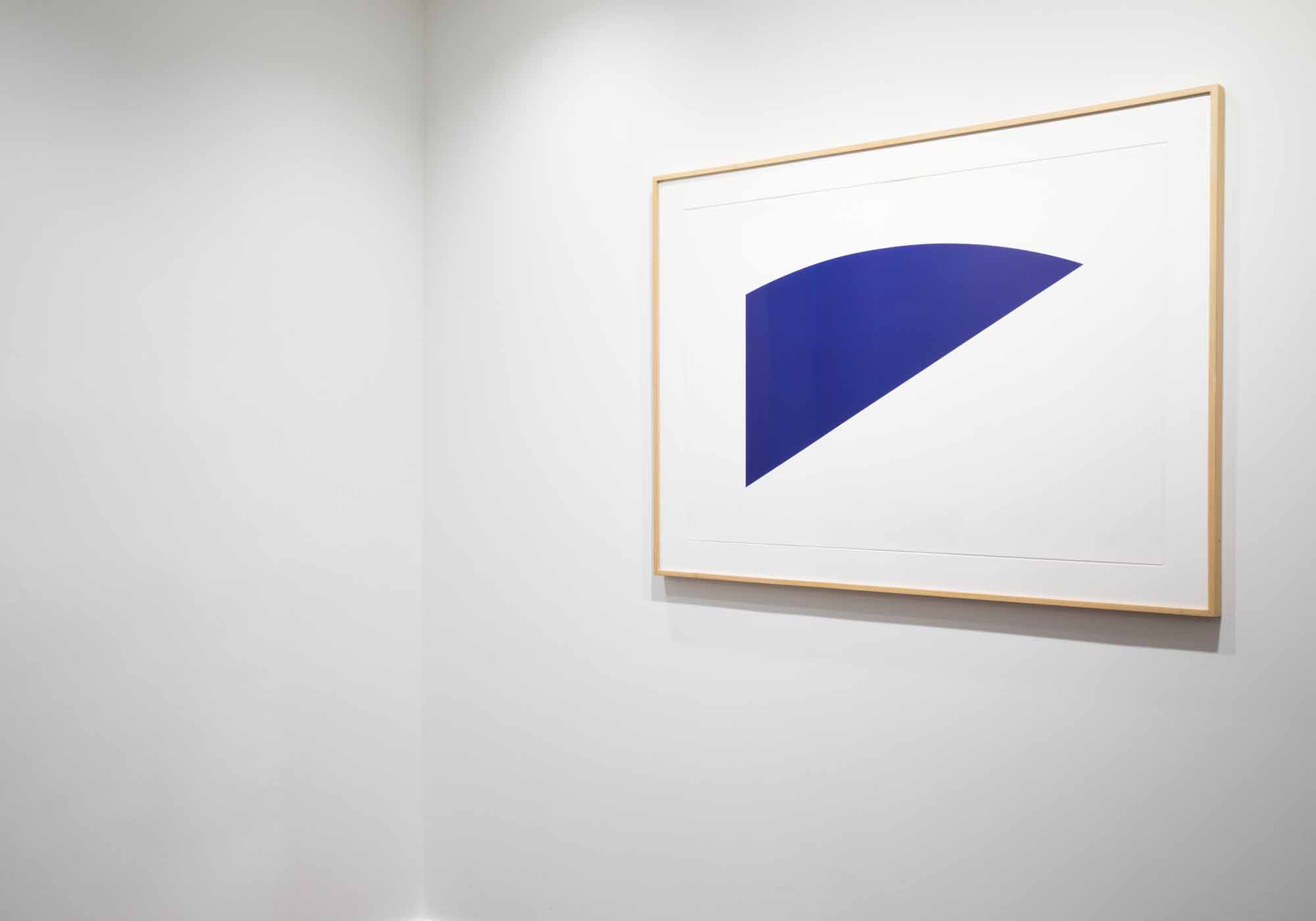 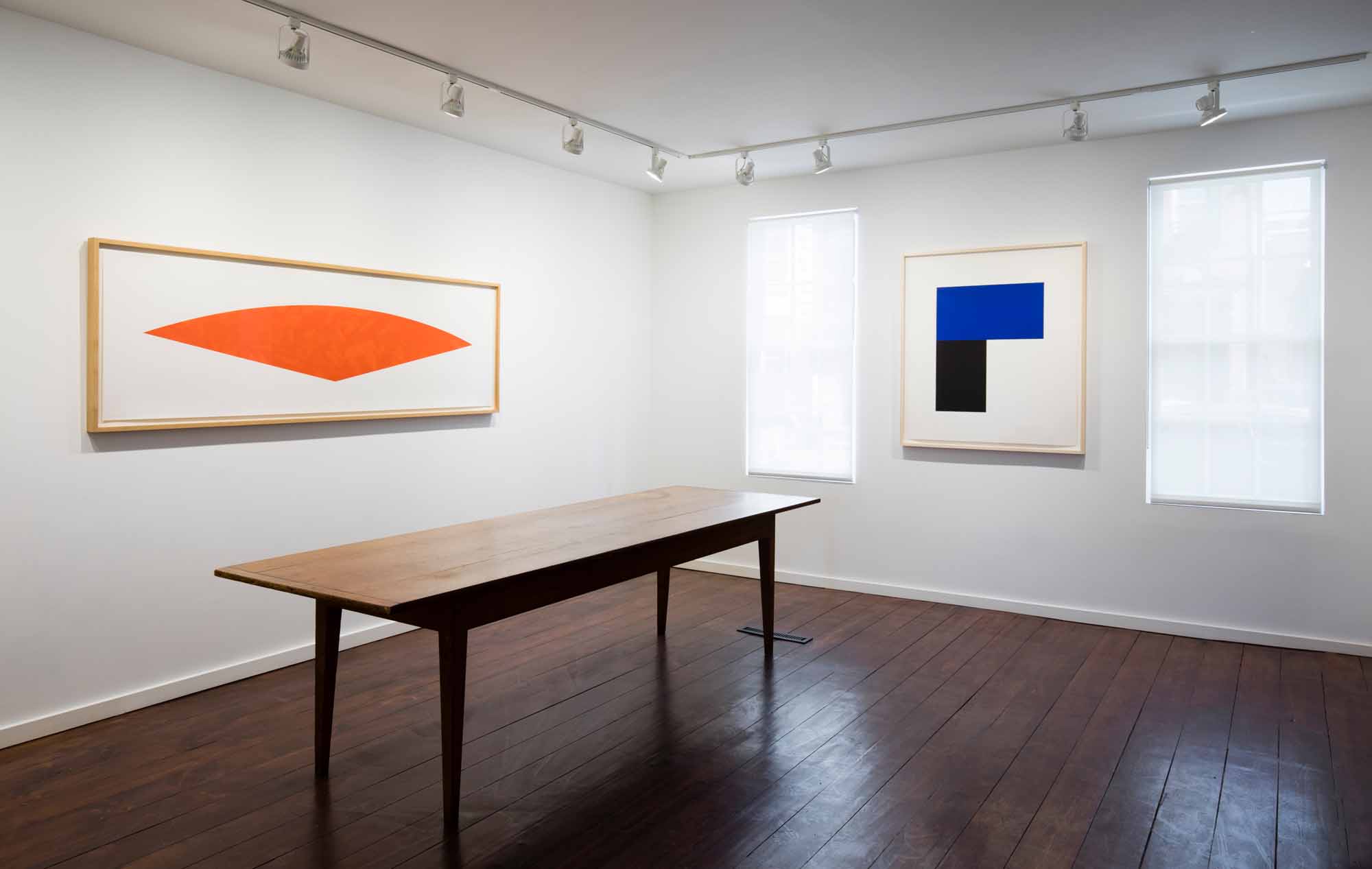 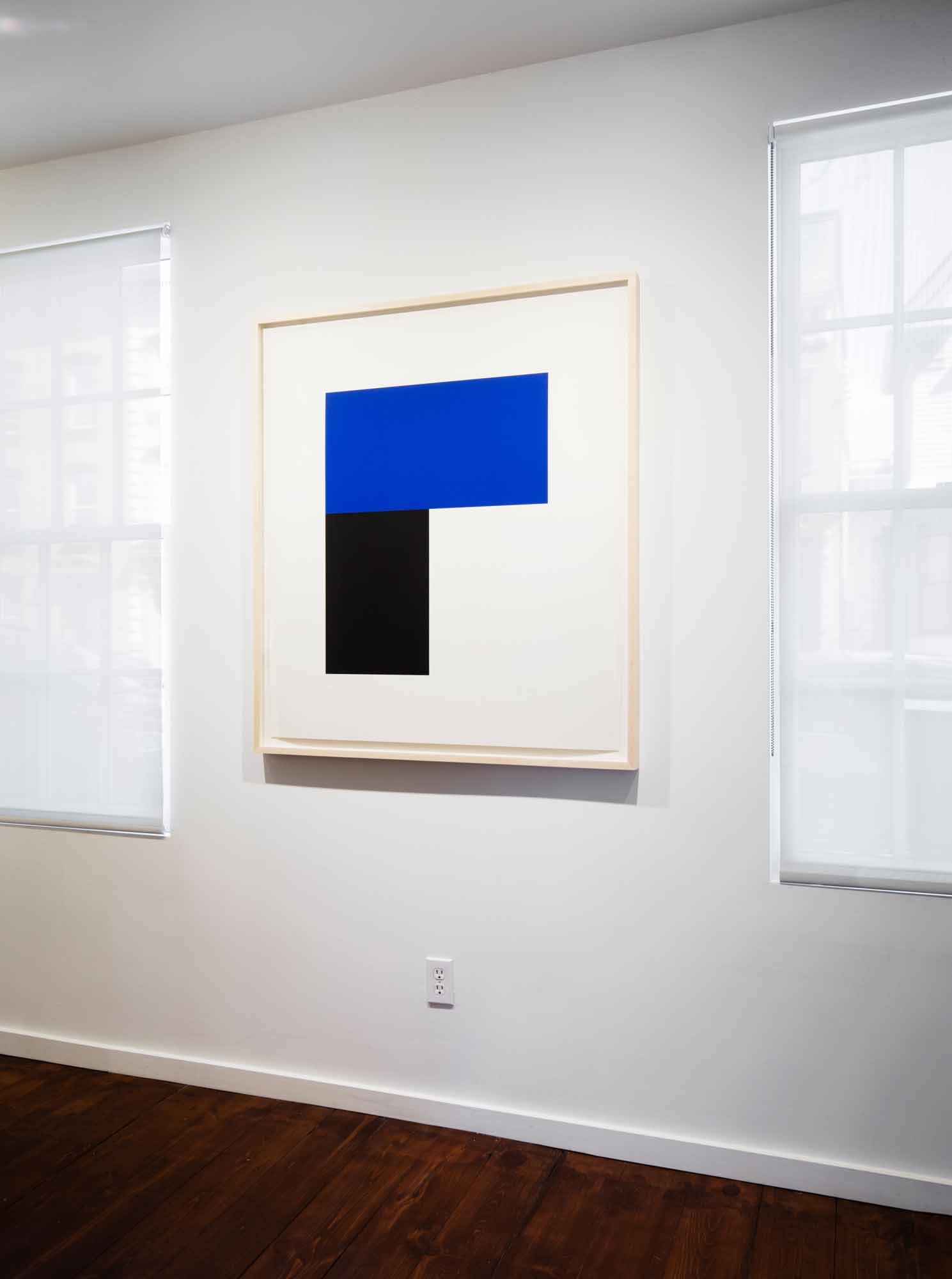 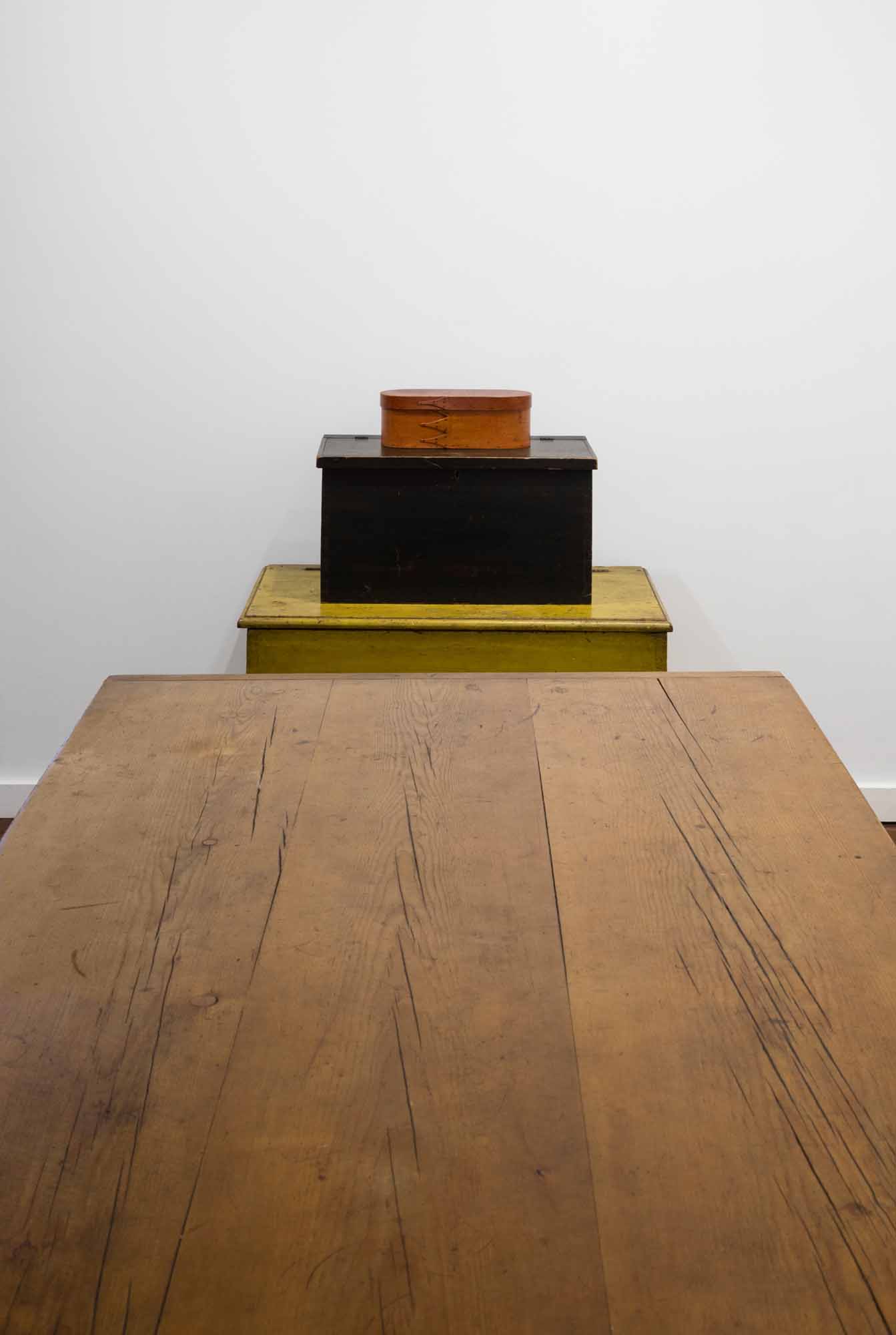 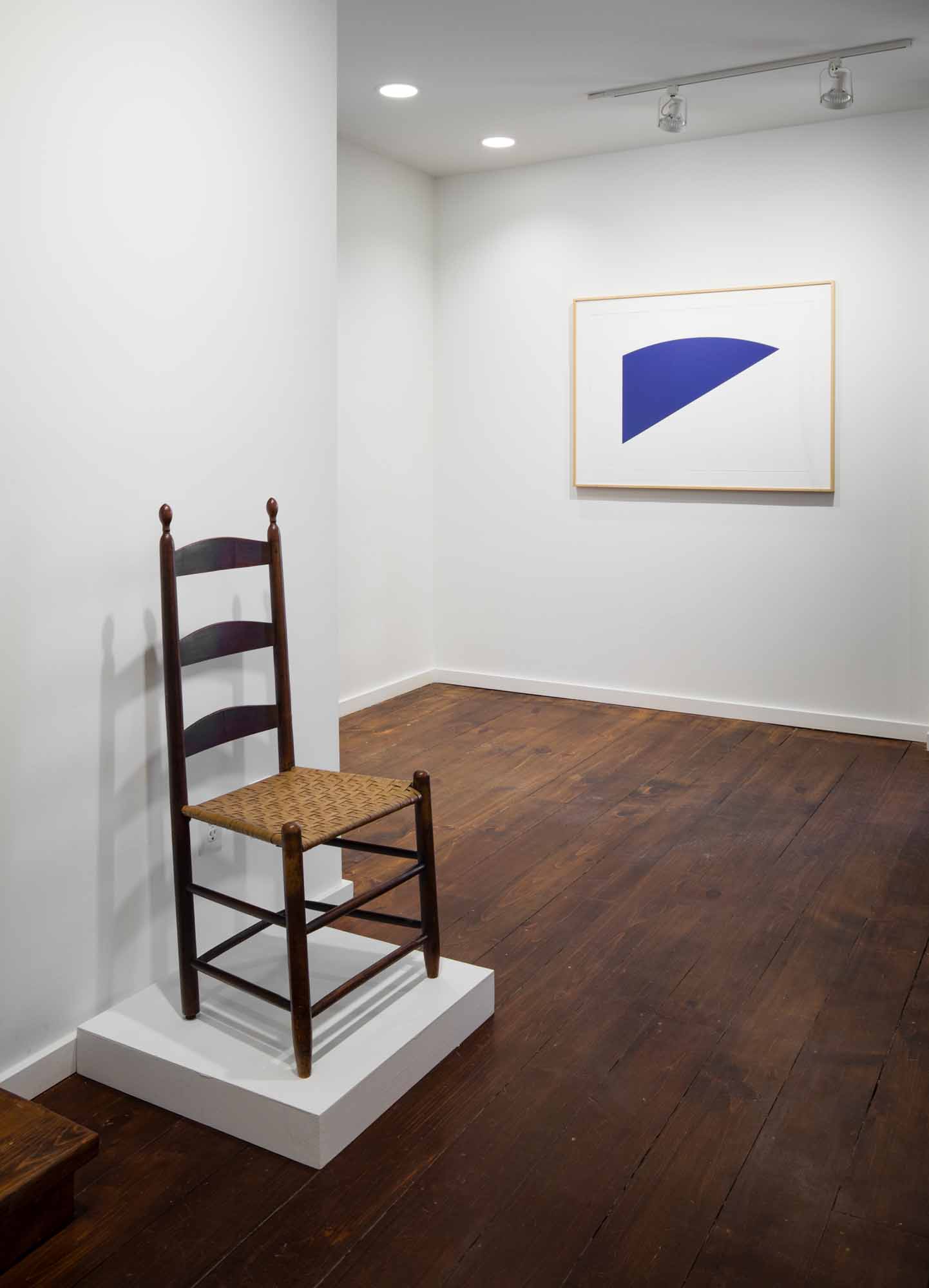 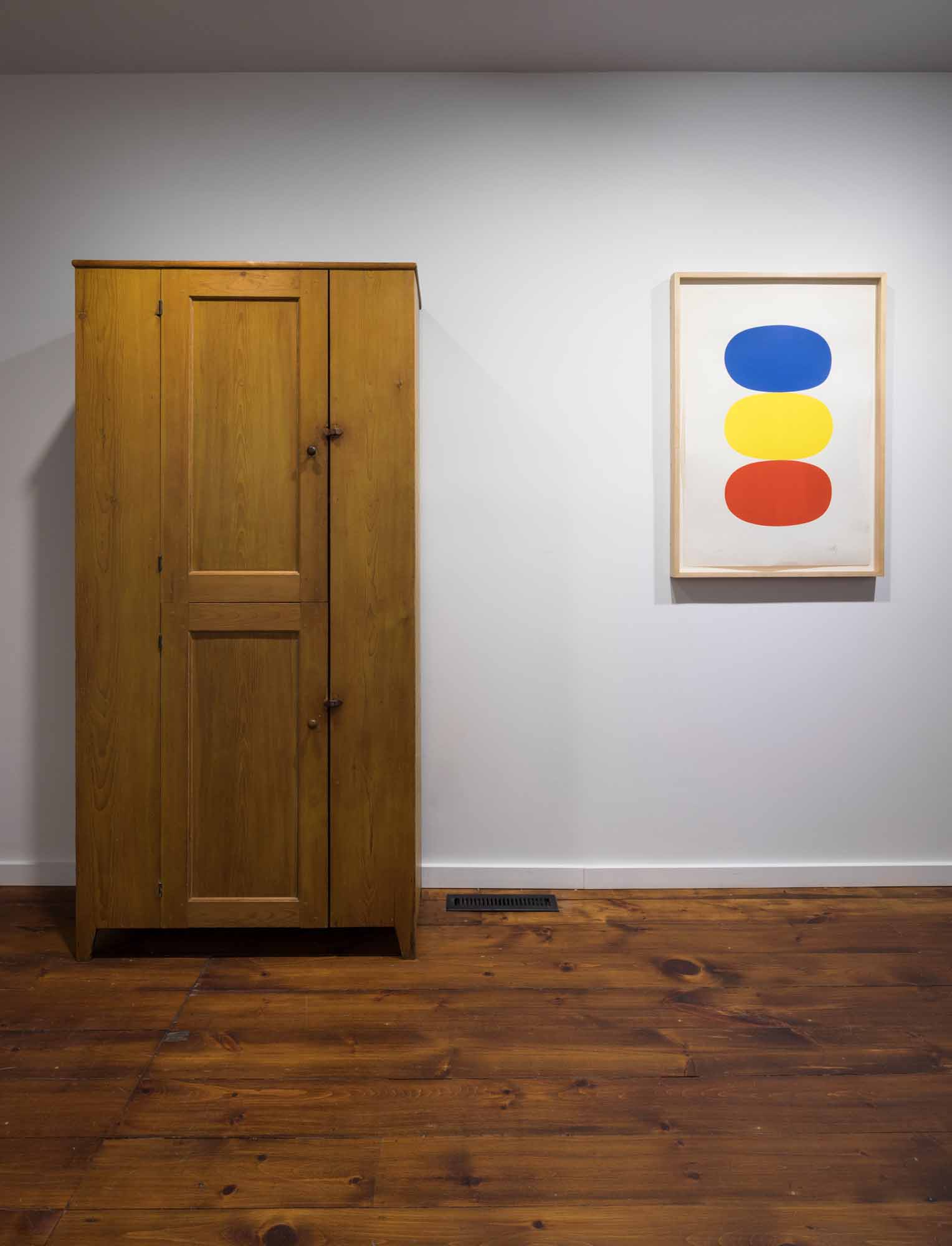 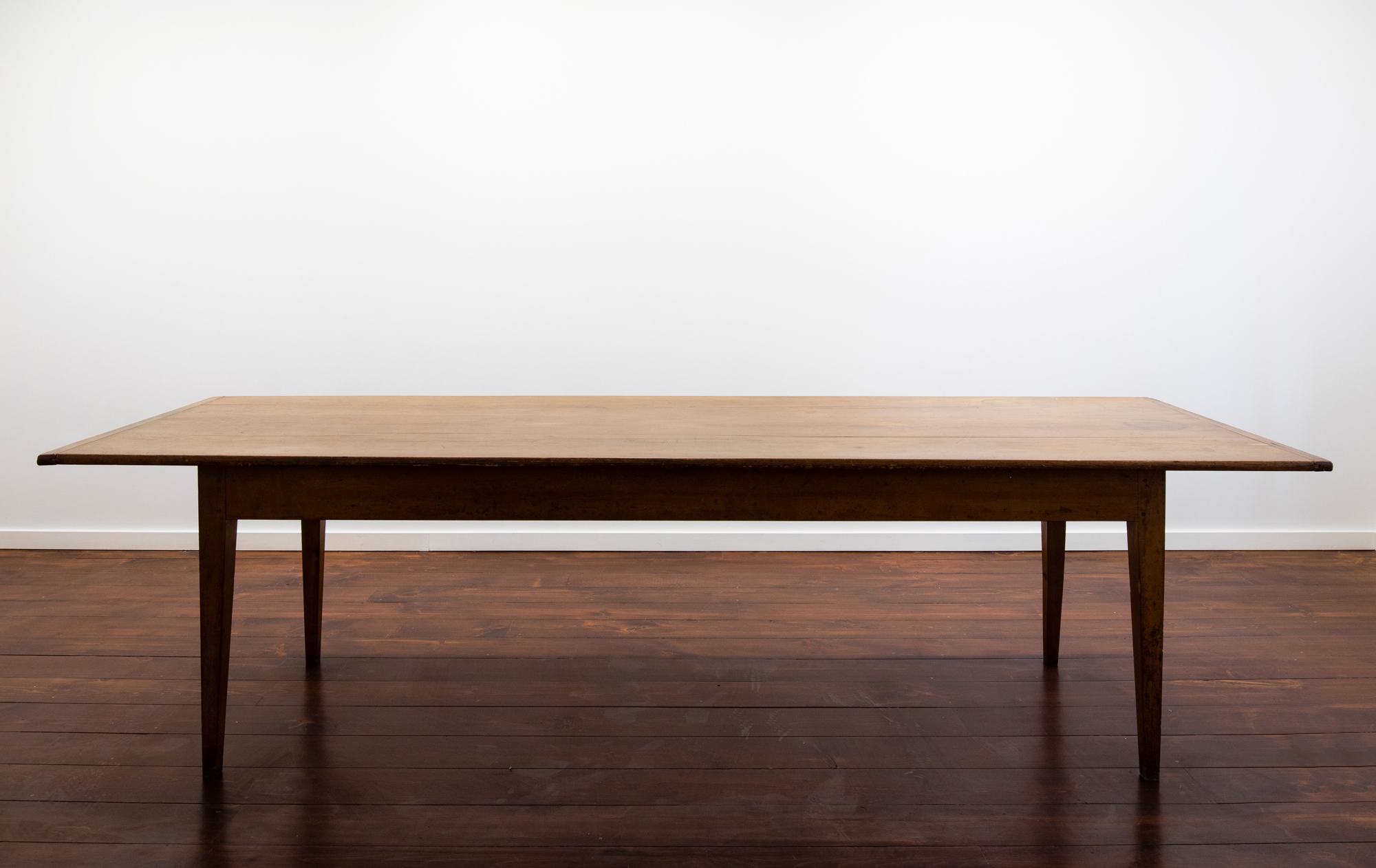 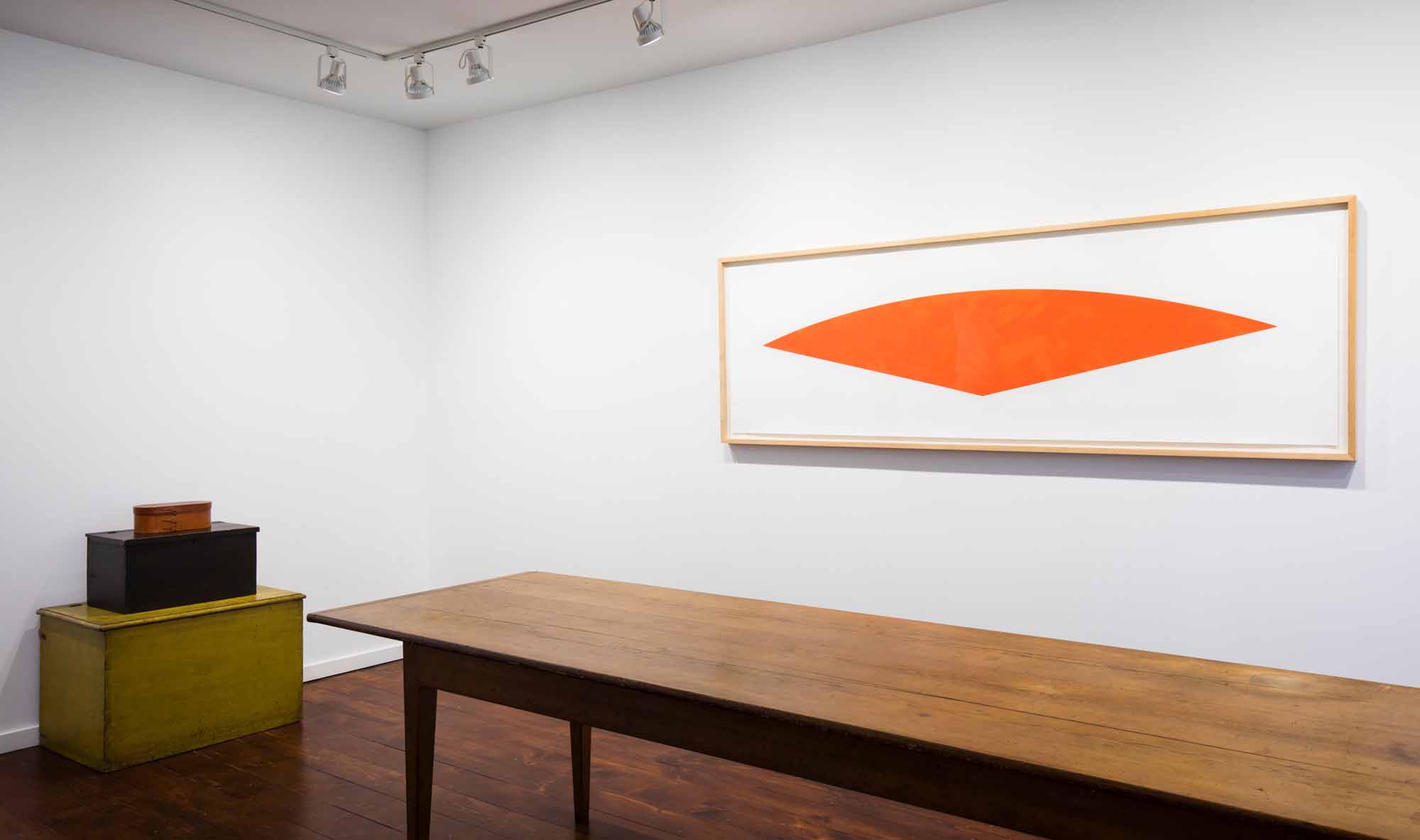 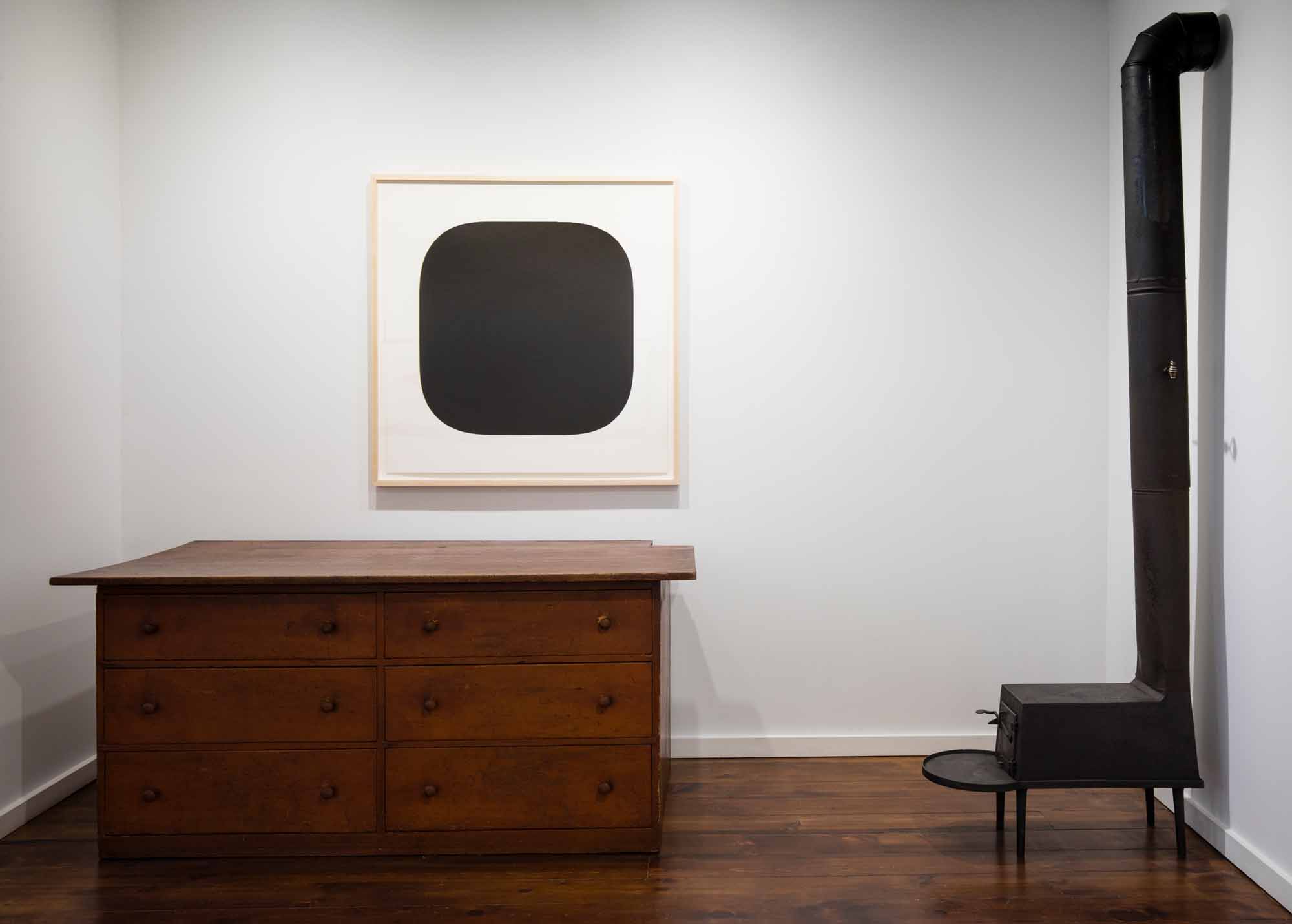 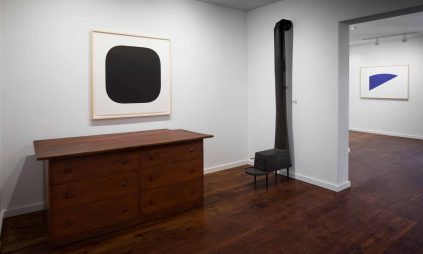 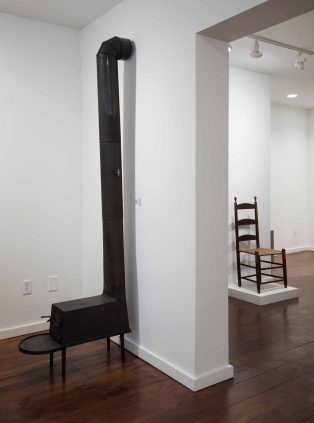 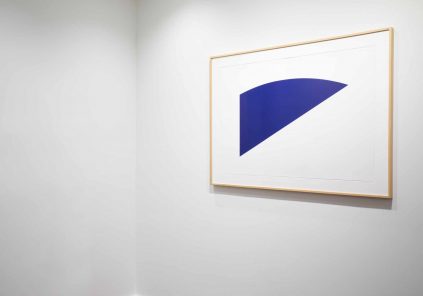 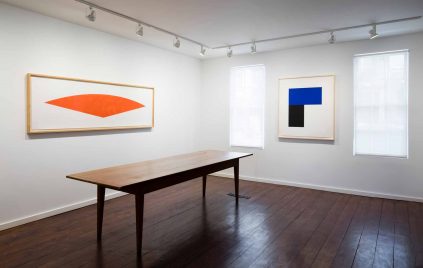 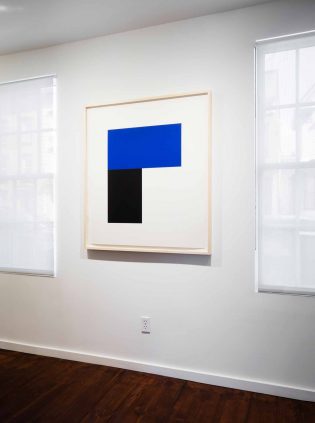 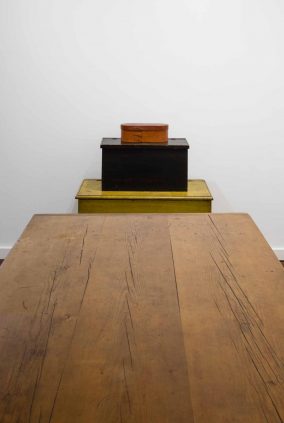 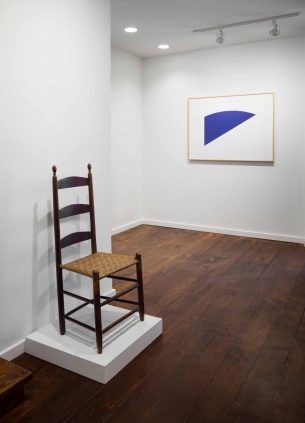 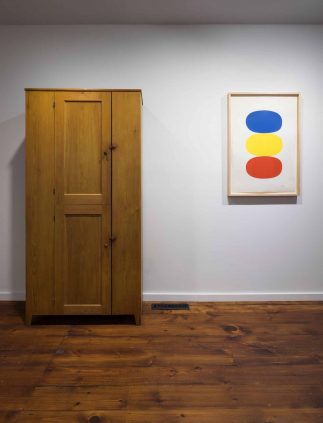 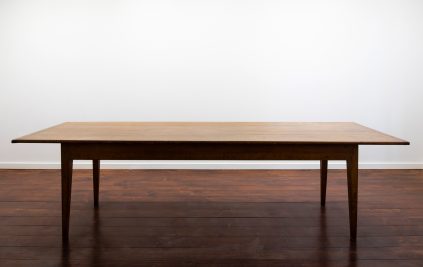 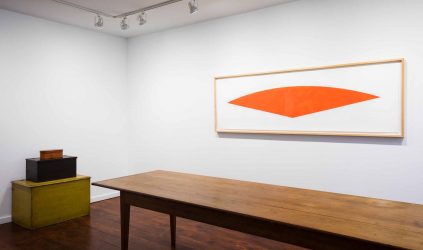 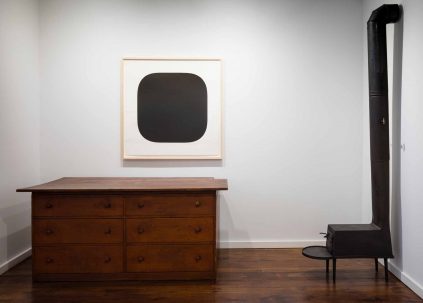 In 1970, the American artist Ellsworth Kelly (1923-2015) wrote, “Everywhere I looked, everything I saw became something to be made, and it had to be exactly as it was, with nothing added. It was a new freedom; there was no longer the need to compose. The subject was there already made, and I could take from everything.” For Kelly, as for the Shakers, there was no need to invent or embellish.

Kelly and his partner, photographer Jack Shear, began collecting Shaker objects in 1970, and kept them in their home in Columbia County, New York, until they were donated to the Shaker Museum | Mount Lebanon after Kelly’s death in 2015. Line and Curve brings together Shaker objects from the Kelly and Shear Shaker Collection and a selection of iconic Kelly prints from the 1960s – 1980s.

The Shaker objects included provide an overview of Shaker design and aesthetics. Featured is Kelly’s first Shaker acquisition, a nine-foot long worktable purchased in 1970 and used throughout his life. A rare oval box is reminiscent of shapes that can be found in Kelly’s prints, as are the simple lines of a two-drawer chest or the curved slats of a chair. This juxtaposition of the curved and the straight is a hallmark of Kelly’s work. Although Kelly did not draw direct inspiration from the simplicity of Shaker design, the aesthetic resonated harmoniously with his art. Looking back, it was easy for him to find parallels between works he had created and the colors, shapes, and organizational design of Shaker pieces with which he lived.

When talking about his approach to making art in relation to Shaker design in 2010, Kelly discussed the reductive quality inherent in both, noting that it is not what has been taken out of a painting or object, but it is what has not been put in. Line and Curve provides a unique opportunity to observe the balance of simplicity and harmony that exists in both Kelly’s prints and Shaker works.