Lithograph, “Shakers, their mode of Worship,” D.W. Kellogg and Company, Hartford, CT, ca. 1835. There are many versions of this illustration, published in dozens of works on the Shakers. Two notable features include the presence of two Shakers of color on the far right side of the image, and, in the foreground, the presence of non-Shakers observing the Brothers and Sisters dance during this public worship meeting. 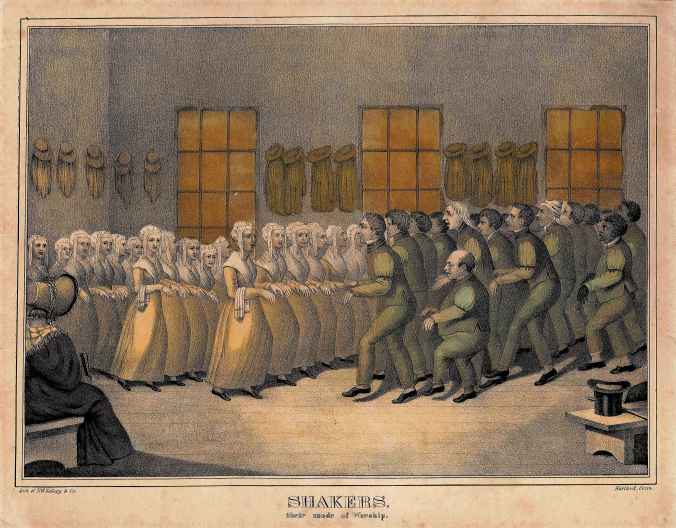 Elder Daniel Offord Addressing Salvation Army, North Family, Mount Lebanon, NY, 1903, James West, photographer. Seated among these Shaker Sisters is a lone woman of color, who, along with a girl in the front row, is looking at the camera rather than at the visiting musicians from the Salvation Army. 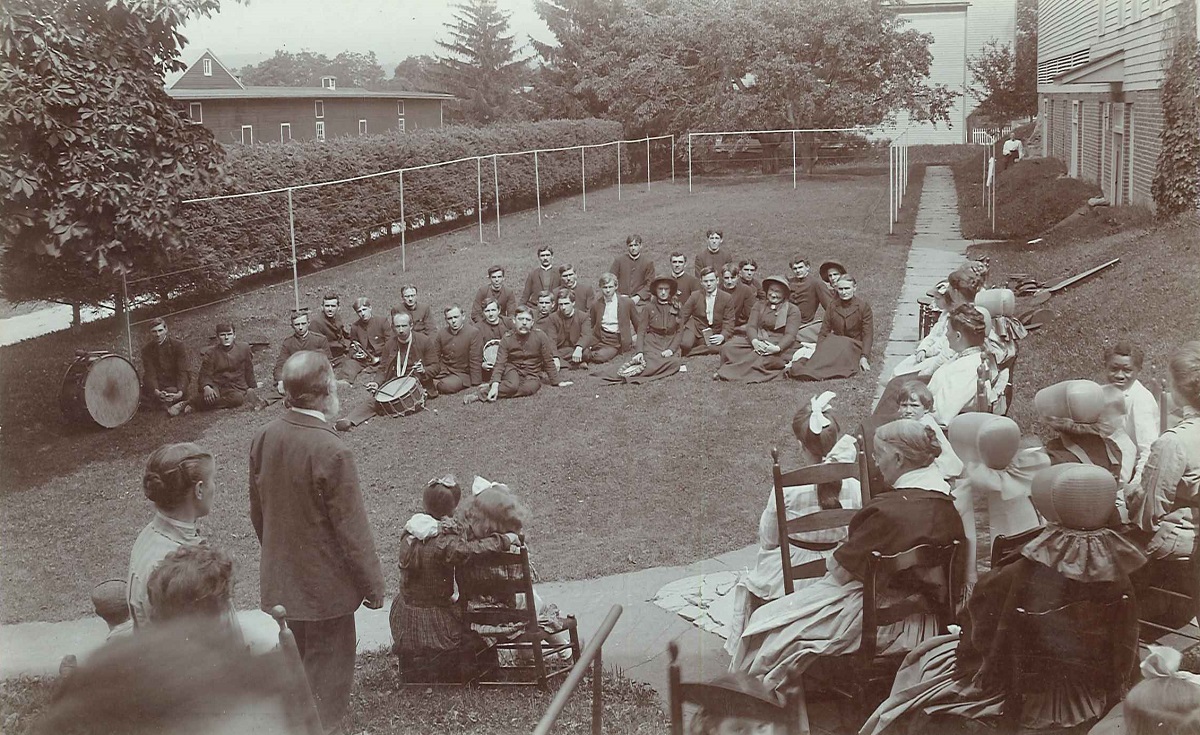 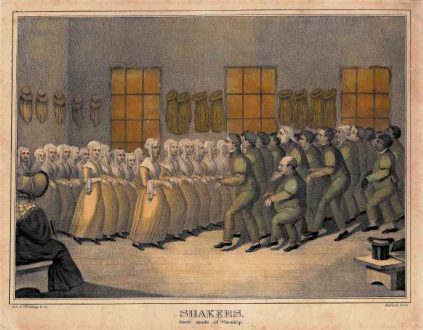 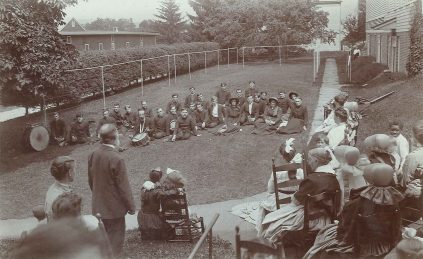 The Shakers are well known for their welcome to everyone—regardless of race or national origin—who left “the world,” pledged celibacy, and gave themselves completely to the Church. Indeed, throughout the 19th century, most Shaker communities included men and women of color.

Though the Shakers welcomed members of color, there were never very many (except in the Kentucky communities), and instances of racism persisted. For example, writing in the early 1940s, one Shaker Elder at Mount Lebanon expressed regret at integration. Given such contradictions between belief and practice, what drew Black Americans and other people of color to the Church? The answer was surely different for everyone, but the mere aspiration of racial equality—hardly embraced in 19th century America at large—likely played a part.