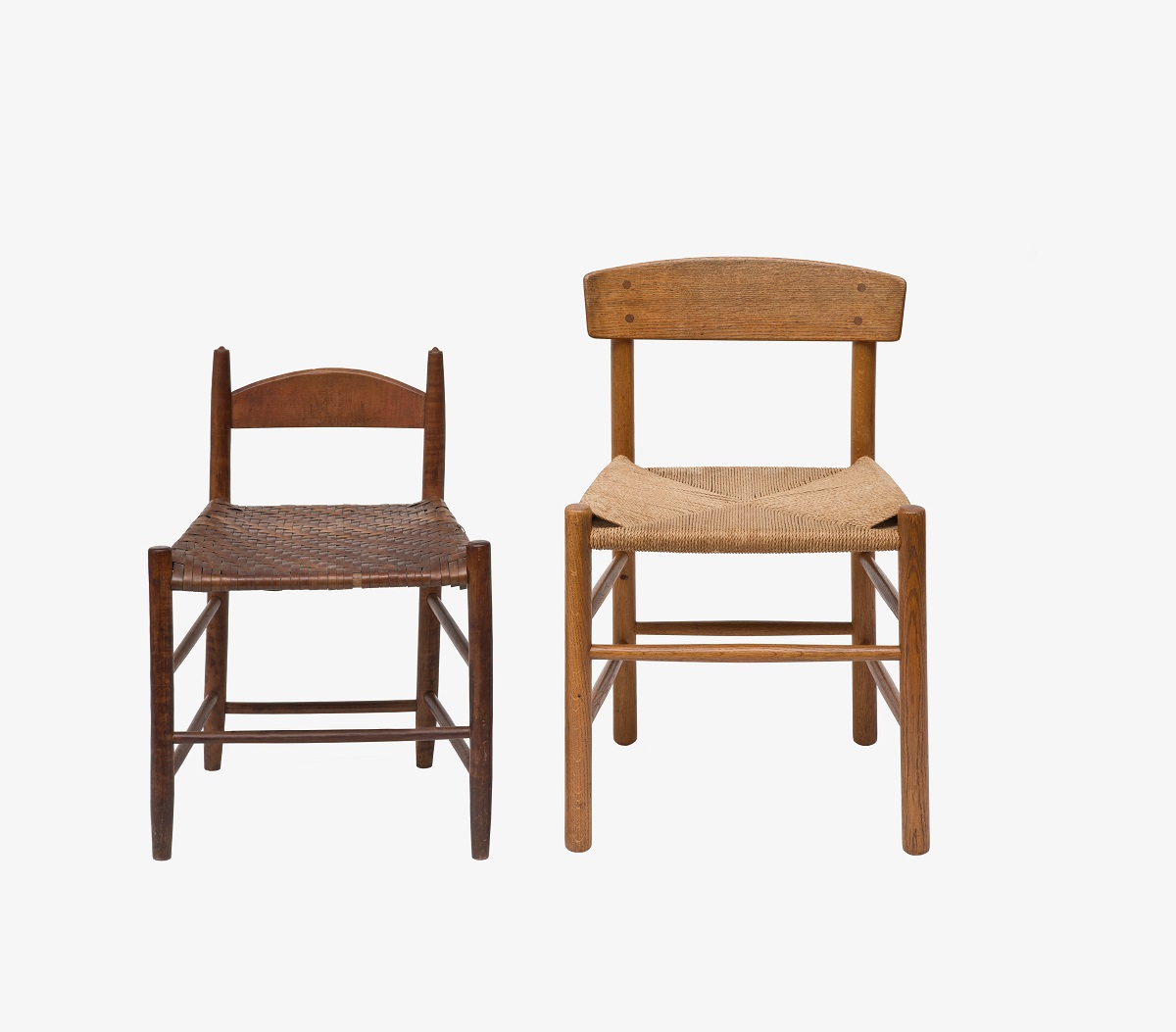 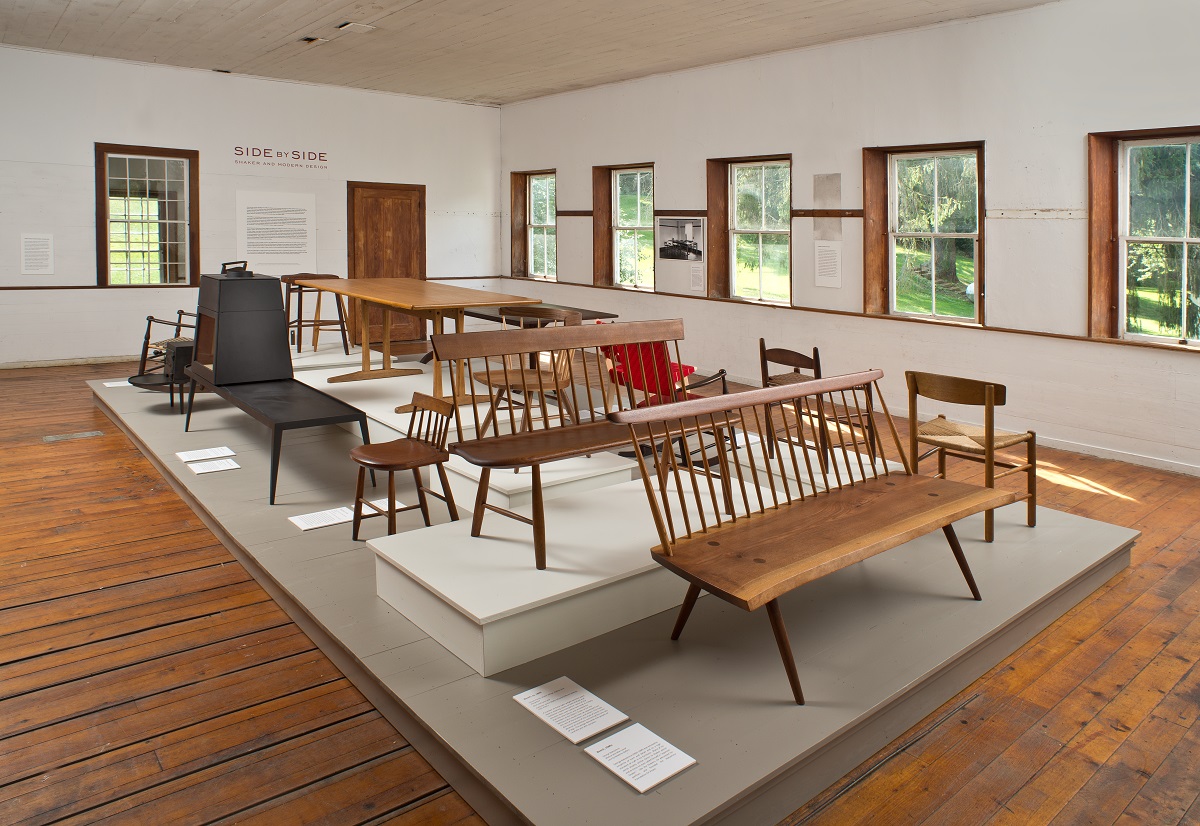 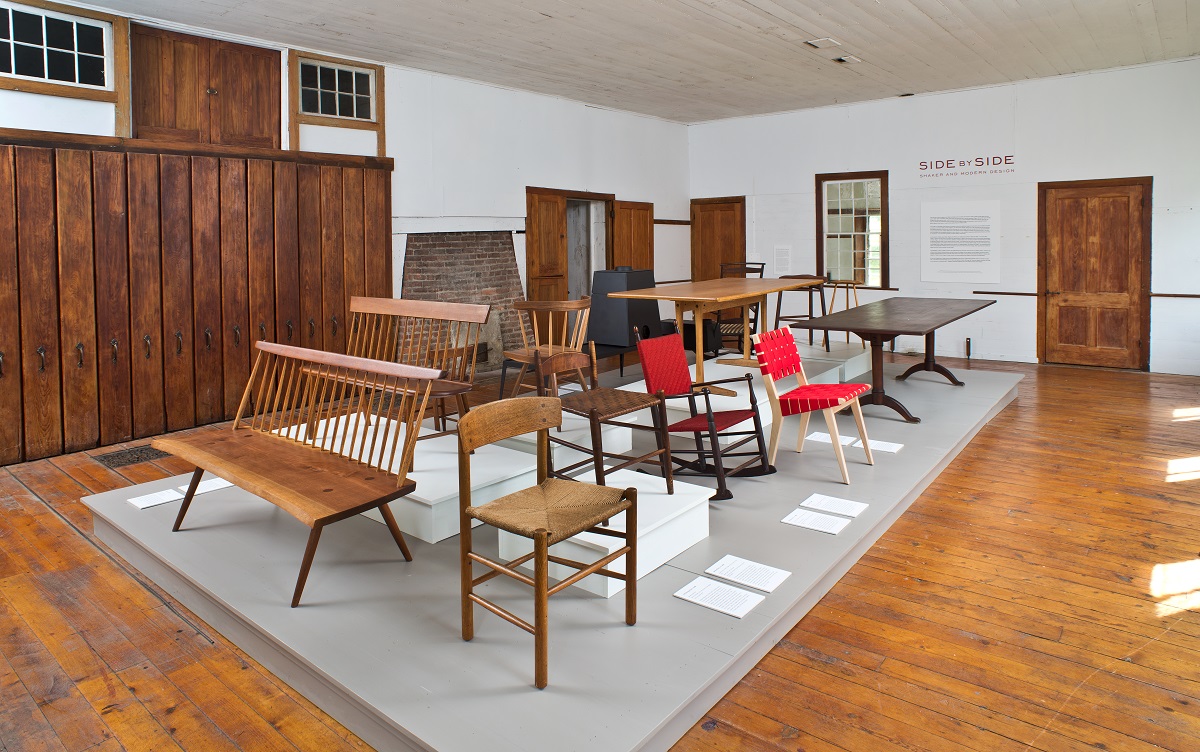 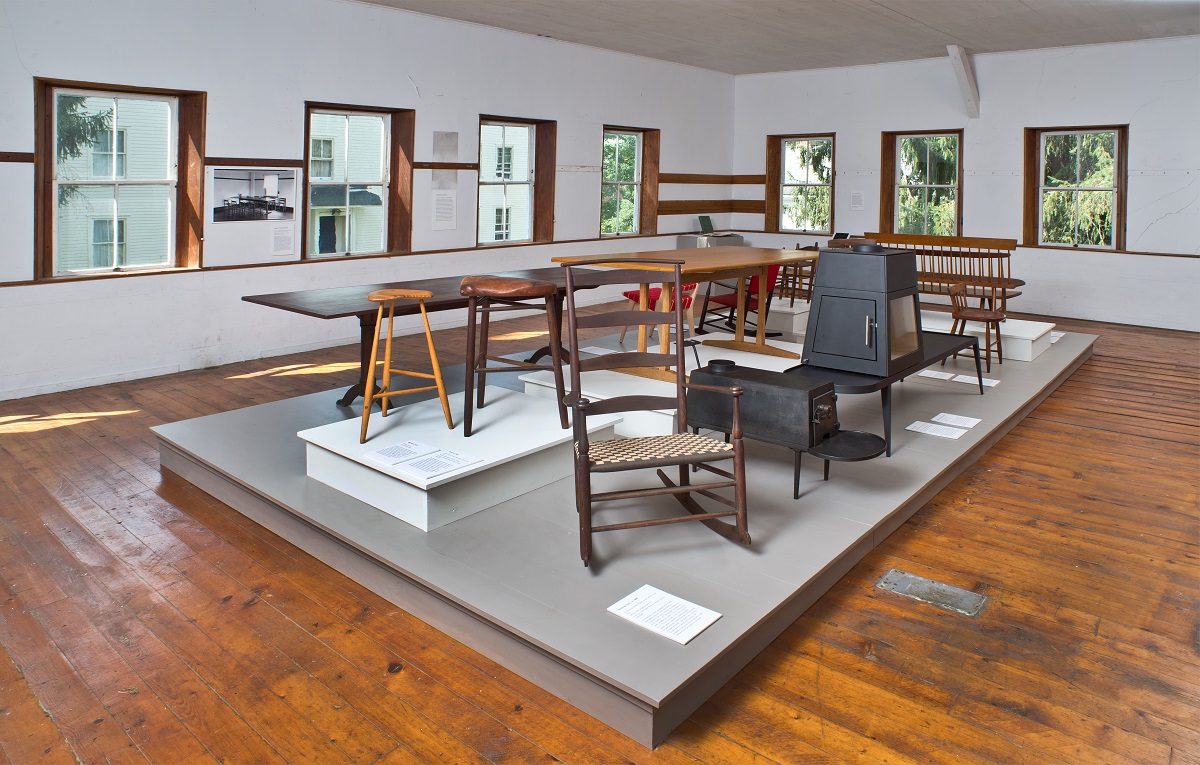 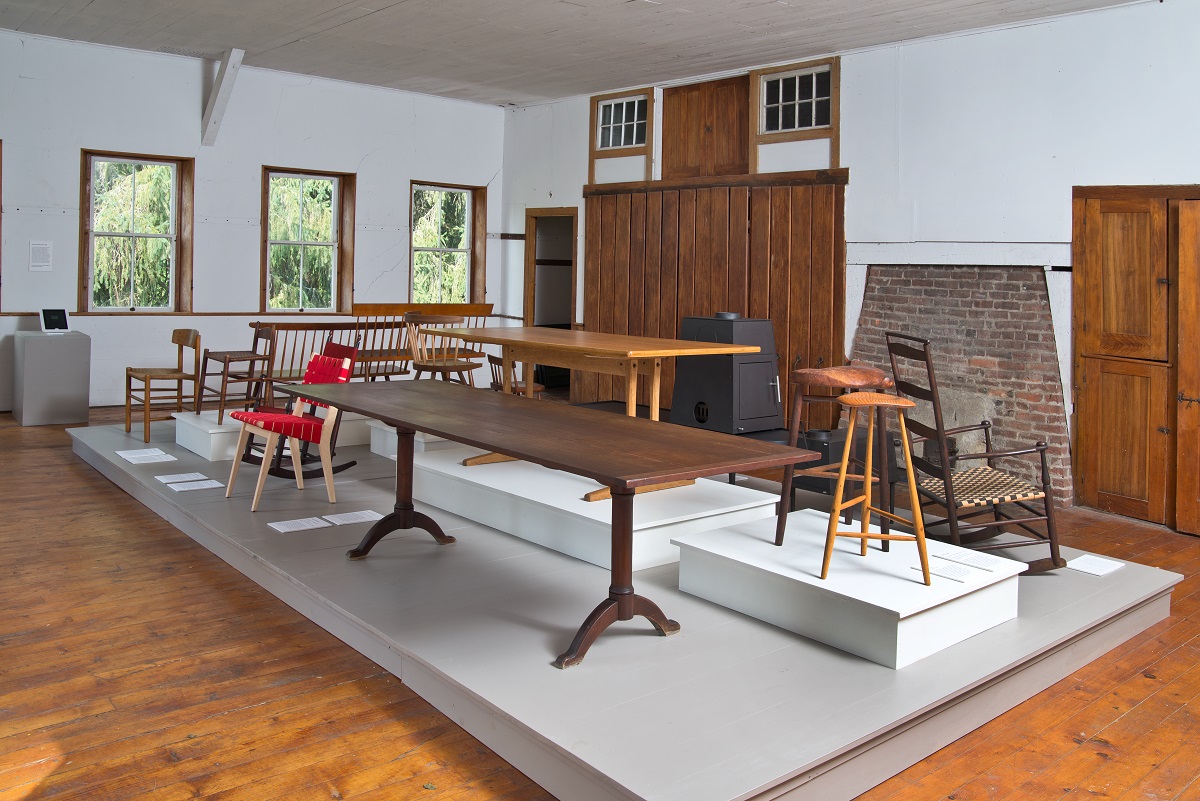 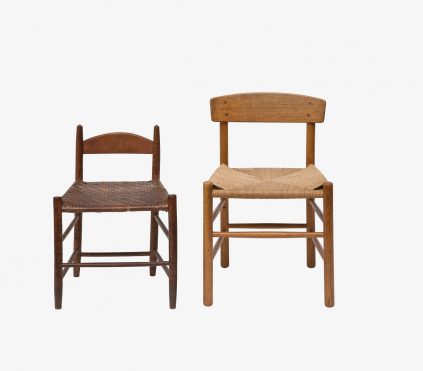 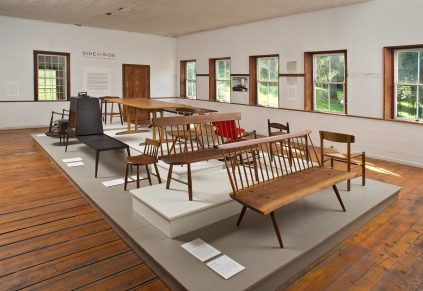 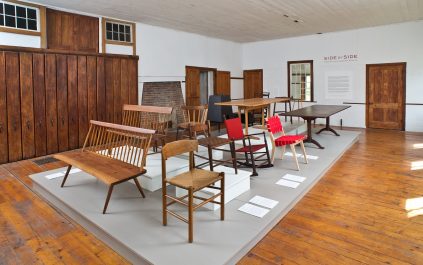 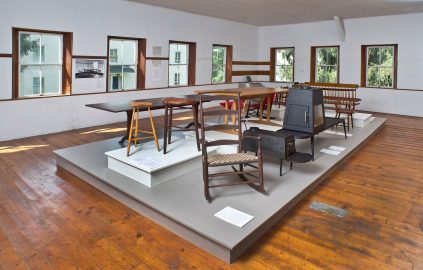 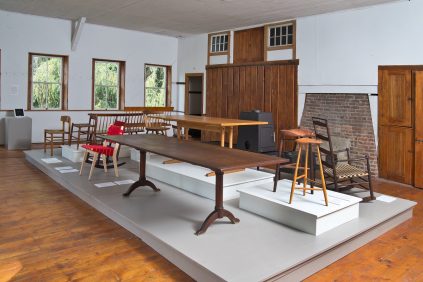 Shaker furniture has been has been widely influential to modern furniture designers. Side by side: Shaker and modern design examined the idea of modernism and its connection to ideals of utopian social reform through the lens of Shaker and modern furnishings, with works by iconic designers such as Jens Risom, Børge Mogensen, George Nakashima, and Wharton Esherick shown alongside Shaker works from the 19th century.

Shaker communal life and their values of purity, order, and union are revealed in how they made their furniture, which is distinctive in its simple, direct forms. Historians have long explored the influence of Shaker forms on modern design. The exhibition traced the path of influence: how Shaker furniture came to inspire students at the Royal Academy of Fine Arts in Denmark, where a generation of renowned furniture designers, later famous for “Danish modern” design, were educated.

Also explored were less direct influences and the circumstances that drove later designers to look back to the Shakers for inspiration, including the social upheavals that rocked the world after World War I, during the Great Depression, and then again during World War II. The exhibition followed an installation at the European Fine Art Fair in the Netherlands that the museum helped present, where Shaker furniture was presented in the context of modern design.

The exhibition was installed in the historic Wash House ironing room at Mount Lebanon during the 2015 season. An accompanying book, Shaker: Function, purity, perfection was released by Assouline Publishing in 2015.