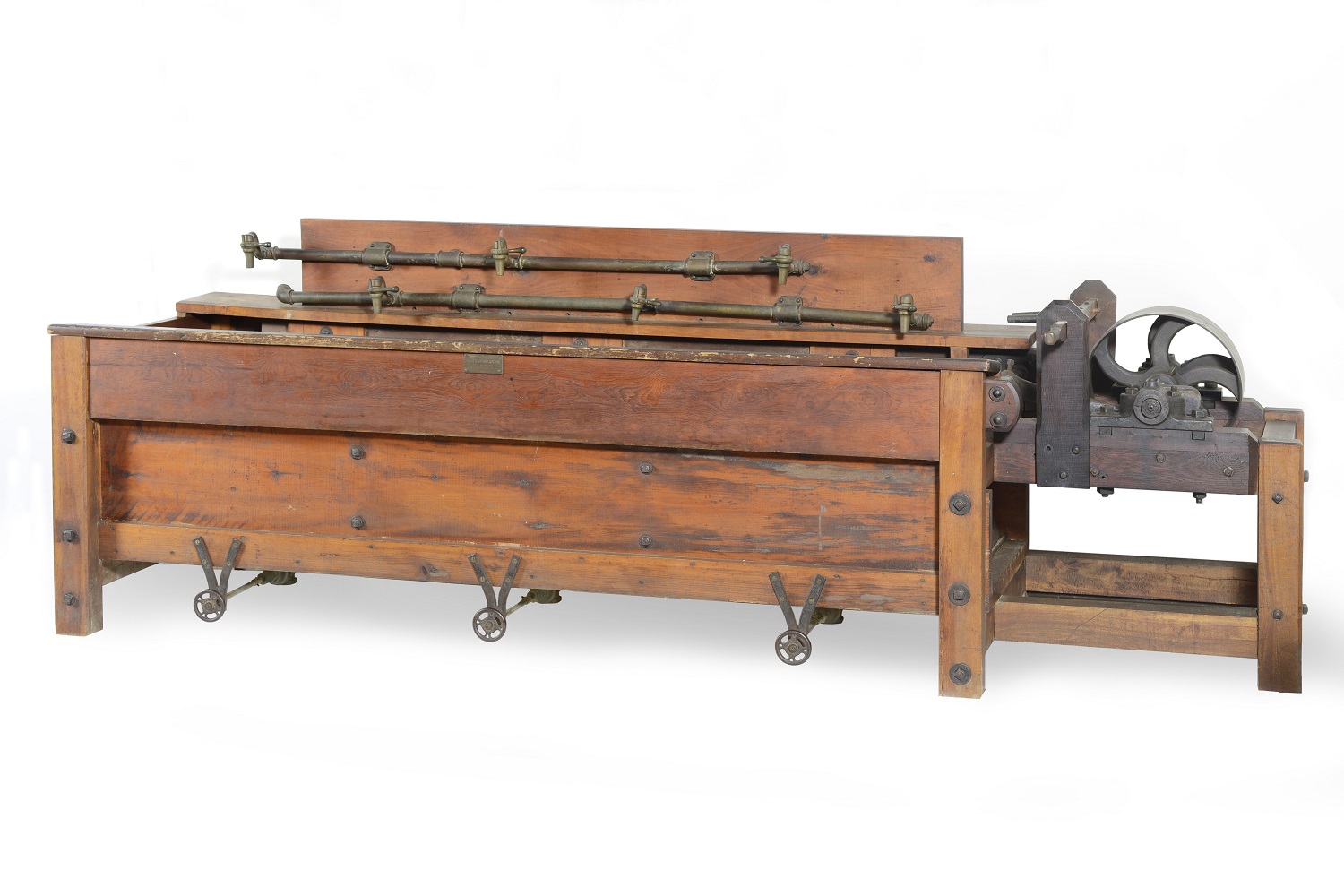 Photograph showing the Shaker washing machine on display at the United States Centennial Exhibition in Philadelphia, 1876. 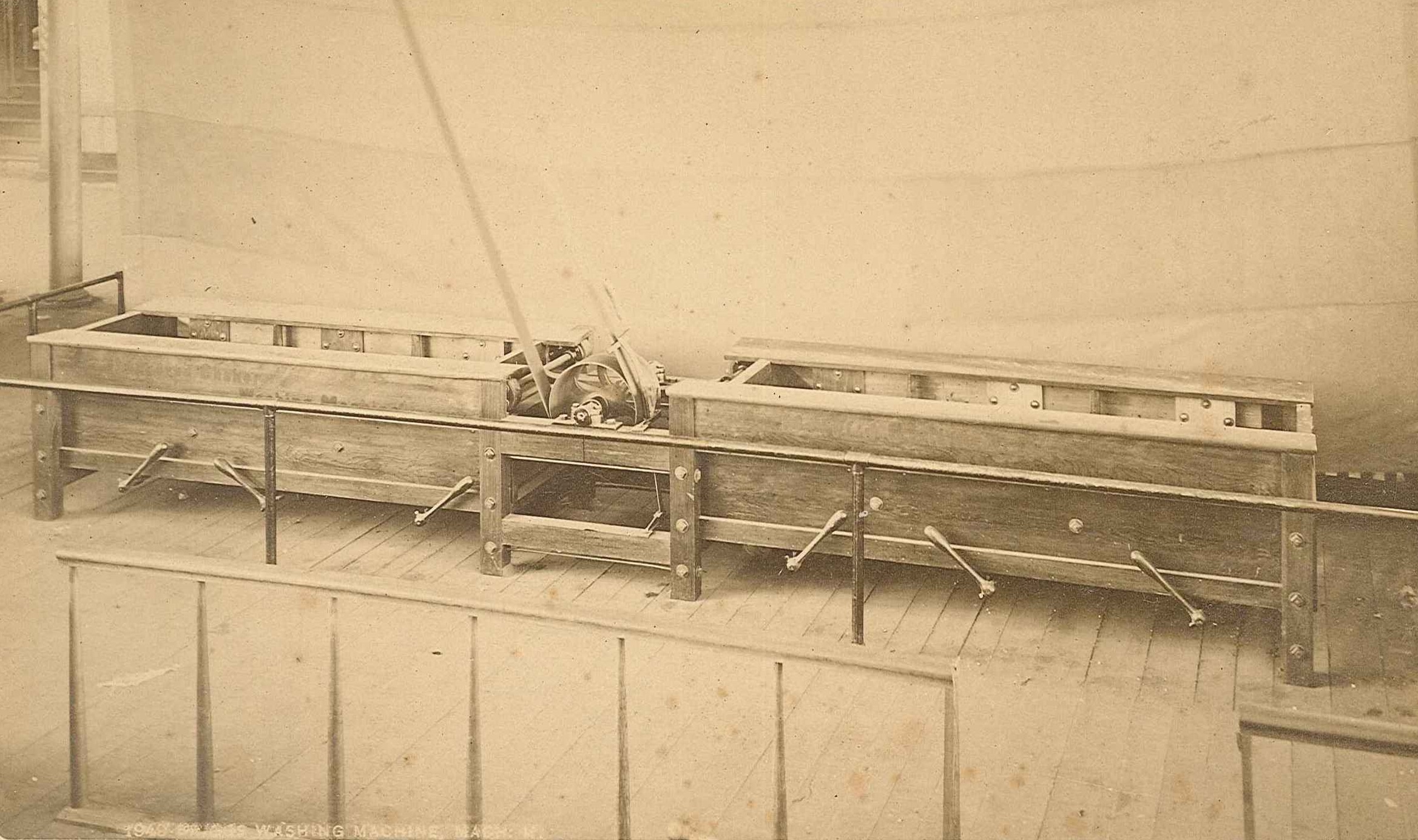 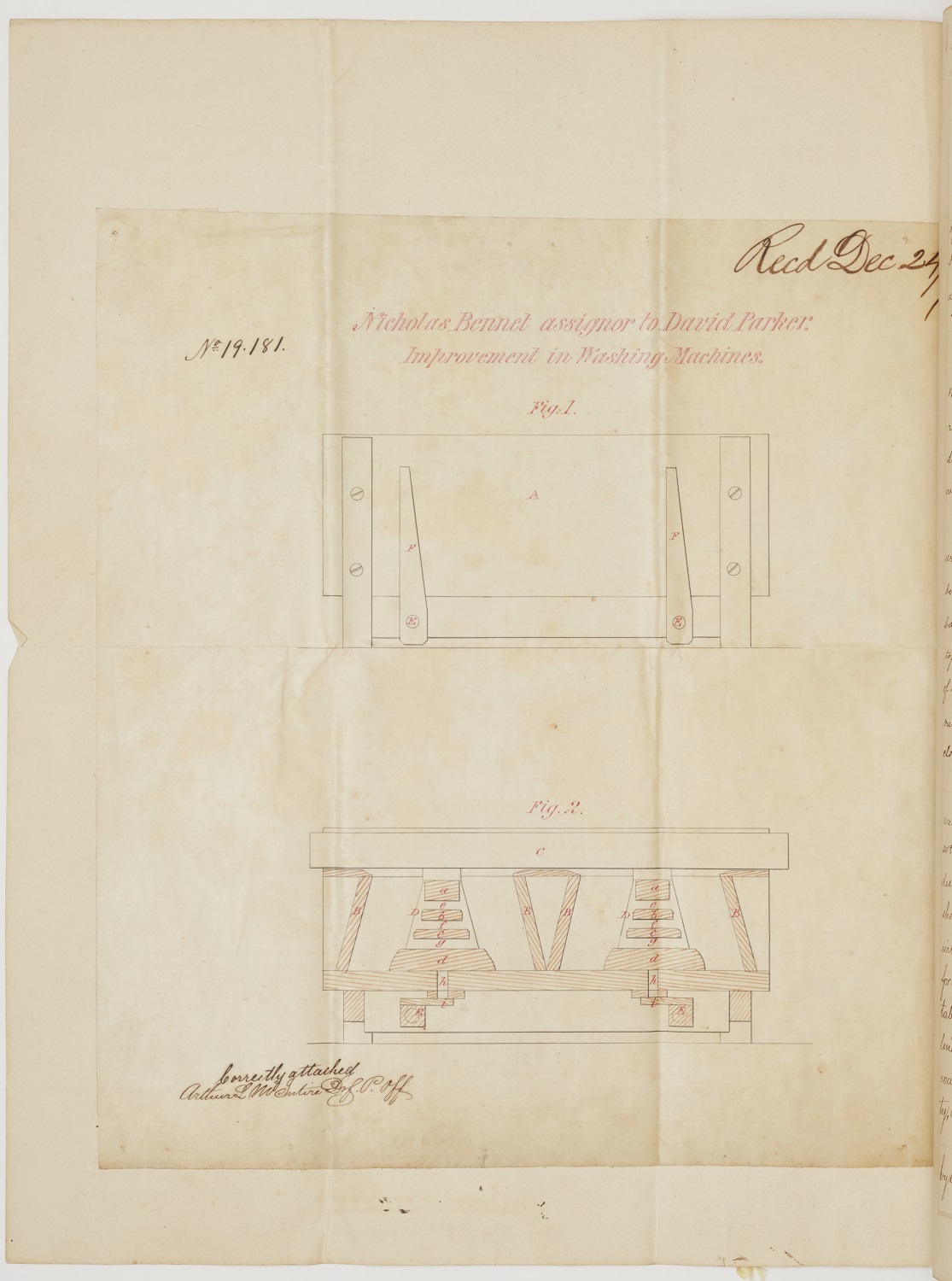 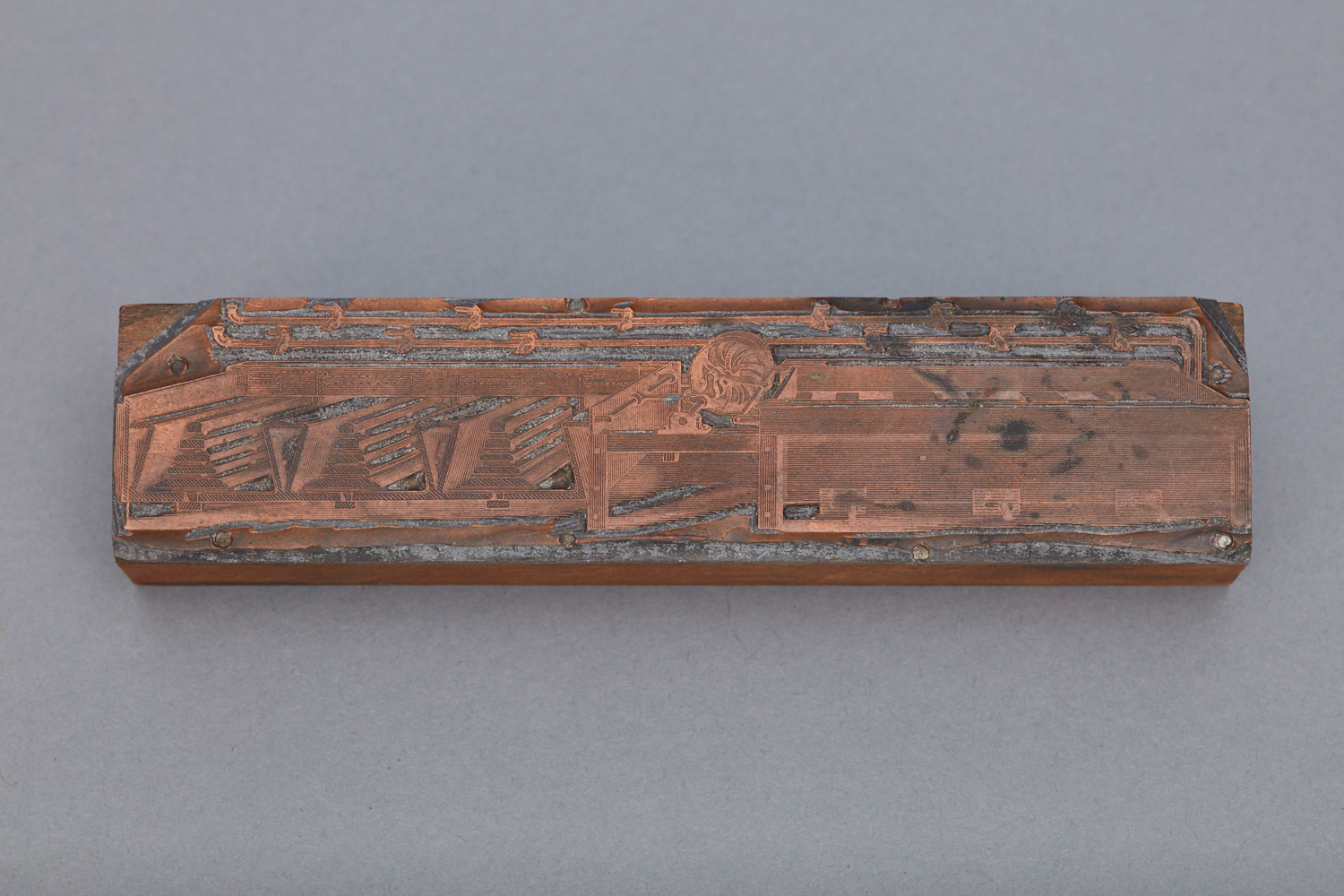 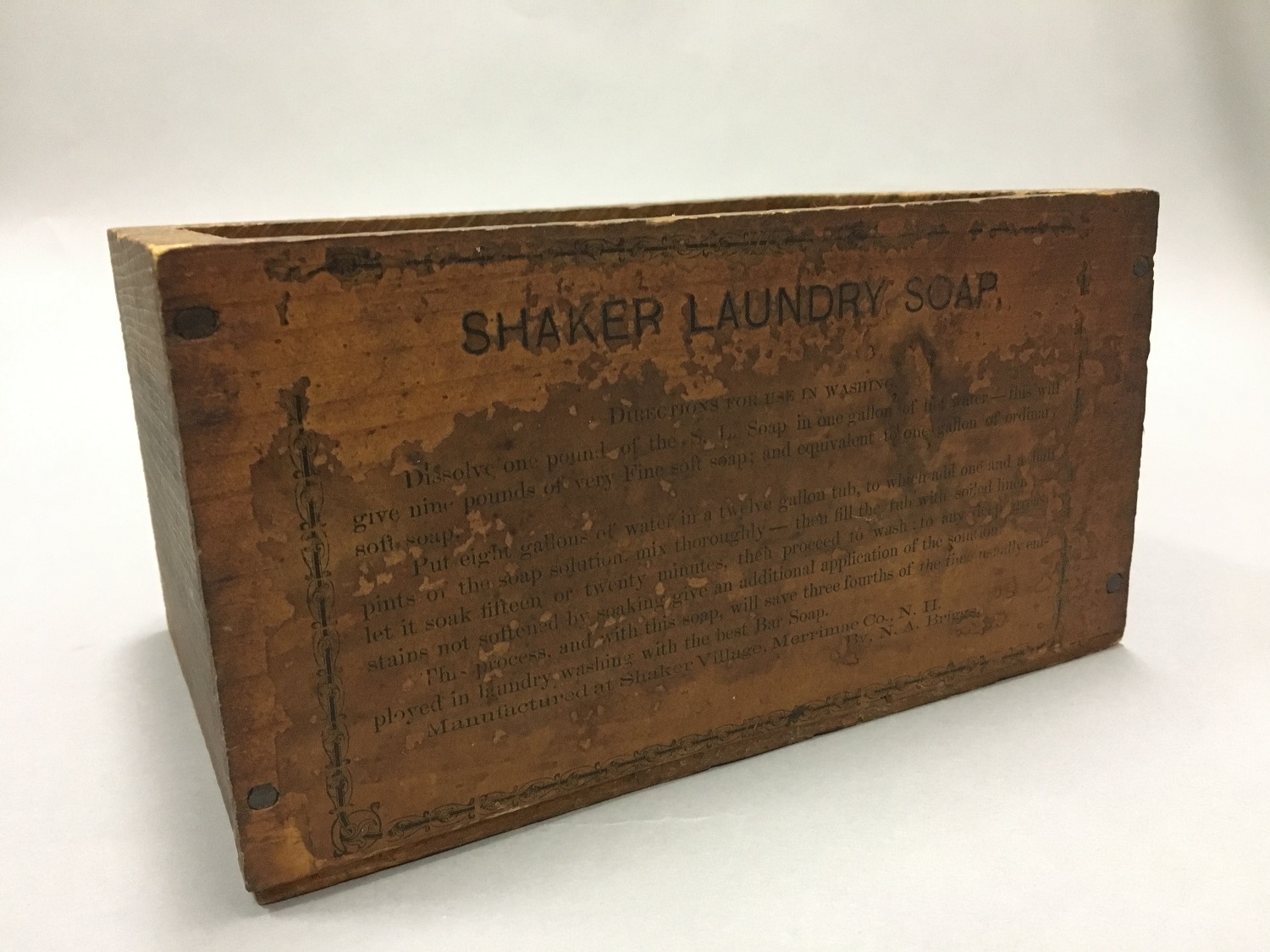 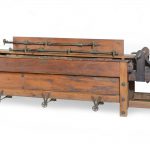 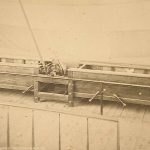 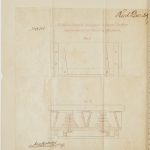 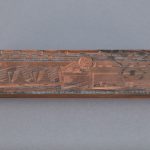 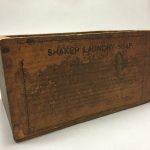 Shaker Innovation and Marketing in the Laundry Business

A perfect confluence of need, will, skill, and capital made it possible for the Shakers to make innovative improvements in their laundry machinery. They built wash-mills of different types during the early part of the nineteenth century, but in 1858 they took what they had learned about doing wash with mechanical power to the marketplace by engineering, building, and patenting an improved washing machine. Although the Shakers received a patent for an “Improved Washing Machine” on January 26, 1858, they were manufacturing and selling the machine prior to that and mention the success of that machine in the patent description. In addition to the washing machine, the Shakers developed a box mangle for pressing cloth and a specially formulated laundry soap.

The introduction to the 1862 catalogue for the Shakers’ Washing Machine summarizes Shakers’ experience in the laundry business. “The Societies of Shakers have had much and long experience in the attempt to wash clothes by power machines, and, after trying several different kinds, have never found any that give such general satisfaction as this machine.” In presenting the new improved machine they also take into account the problems that doing laundry by mechanical means have caused. They write, “We are fully aware of the great imposition which has been practiced by the introduction of washing machines, and of the injury to clothes, loss, disappointment, and waste of soap resulting therefrom, having been ourselves sufferers with others; hence the greater necessity of carefully examining into this all-important subject. Although subjected to some disadvantages in starting this machine, against the feelings and prejudices of washerwomen, who, as a general rule, are opposed to any labor-saving machinery, yet, so far as we know and believe, every machine now in operation gives great satisfaction, as the accompanying Testimonials will bear witness.”

The Scientific American devoted a front page article to the machine along with an illustration of the machine in use and a list of hotels using it with satisfaction.

The washing machine was developed at Mount Lebanon in the early 1850s and, by the time the patent was applied for, they had assigned the patent to Brother David Parker, Trustee of the Church Family, Canterbury, New Hampshire. It was the Canterbury Shakers that manufactured and sold the washing machine. By 1876, when the Canterbury Shakers exhibited the washing machine in Machinery Hall at the Centennial Exposition in Philadelphia, they had sold over three hundred machines and made further improvements in its operation. The wash tubs in the original machine were agitated by swinging from rods much like a porch swing, but on the improved machine shown at the Exposition the tubs slid back and forth on metal tracks. In both machines the agitating power was supplied by a water or steam-powered crank-shaft connected to the tubs by a reciprocating arm.

The 1877 catalogue for the “Shakers’ Improved Washing Machine” advertised Shaker Laundry Soap as a great improvement on laundry soaps that contained harmful substances such as “potash, borax, rosin, and acid oils.” The Shakers’ soap was a “purely chemical preparation of materials nicely proportioned by long and patient experiment, healthful to the skin, and harmless to clothing.” In addition to laundry, this soap was promoted as being most useful to remove paint, ink, and grease stains from clothing — excellent for cleaning milk cans, harnesses, carriages, printer’s ink from type, and for cleaning wool in the fleece — only seven pounds being necessary to clean a one-hundred pound fleece.