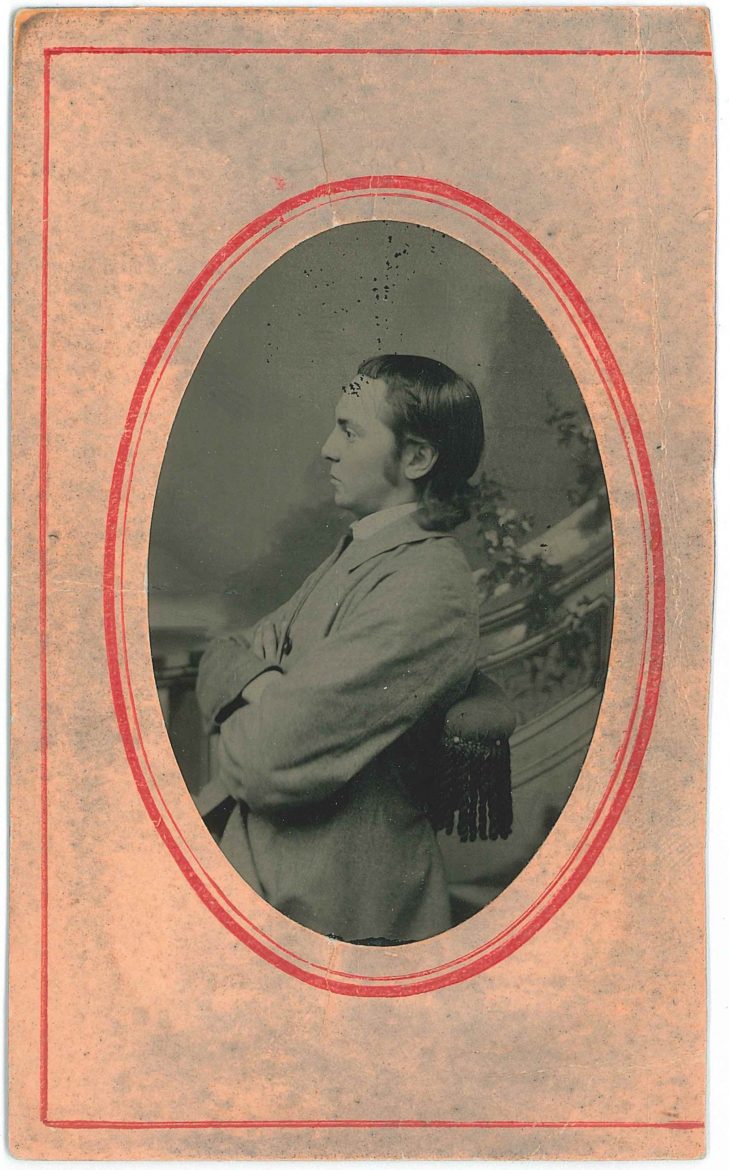 Give Me Down to There Hair, Shoulder Length No Longer

This summer Shaker Museum is presenting a pop-up exhibition, “Shakers: In Community,” in the town of Chatham, New York. The exhibition stresses the efforts the Shakers made to be inclusive and make members feel as though they were all equally necessary cogs in the gears of Shaker life. An essential key to this is the Shaker concept […]

This summer Shaker Museum is presenting a pop-up exhibition, “Shakers: In Community,” in the town of Chatham, New York. The exhibition stresses the efforts the Shakers made to be inclusive and make members feel as though they were all equally necessary cogs in the gears of Shaker life. An essential key to this is the Shaker concept of union. All Shakers labored to commit the self to community, and to control acts and circumstances that might drive wedges between members. Various rules and orders existed to avoid circumstances in which individuals might feel that others had an advantage in such things as material goods, work assignments, or community decision making.

The tintype photograph shown here of a young Shaker brother is one example of the ways in which Shakers kept in union – men’s hair and hair-style. The young brother, shown in profile, provides an excellent example of the style of hair that all Shaker men – at least those over the age of fifteen – wore through much of the nineteenth century. The Shakers saw that the pride people took in their hair was potentially a problem for those seeking union. Valentine Rathbun, a 1780 convert who left after a three-month stay, later wrote in a critical account of his experience (An Account of the Matter, Form, and Manner of a New and Strange Religion, Taught and Propagated by a Number of Europeans, Living in a Place called Nisqueunia, in the State of New-York. Providence: Printed and Sold by Bennett Wheeler, 1781, p. 4), that when a man came seeking instruction about the Shakers the men would take him and:

“If the person have long hair,…they bring the Bible, and read to him I Corinthians11:14 [Does not even nature itself teach you that if a man has long hair, it is a dishonor to him?], then telling him if he intends to be instructed, he must first have his hair cut short; telling of him that he wears the mark of the beast.”

Portrait of Elder Andrew Dana Barrett, (1838-1917). To be in union, Shaker Brothers at different communities would cut their hair the same way. Until the 1880s they were typically clean shaven, wore thick sideburns, cropped bangs short, and left a bit of length in the back.

It an act that, like recruits entering boot-camp, must have been a great equalizer, as well as a first test of obedience. From that initial effort to eliminate any tendency a brother might have to compare his hair or hair-style to others, a peculiar and recognizable style of haircut became common to the entire body of Shaker brethren. The hair was cropped straight across the forehead and let grow shoulder-length in the back. Female inquirers were not treated the same. I Corinthians says, “But if a woman has long hair, it is a glory to her; for her hair is given for a covering.”

For Shaker sisters, comparing hair color, quality, length, and style was not such a temptation for it was always covered with cap and bonnet. Men, even with a prescribed style, still had to deal with the issue of brown, black, blond, and eventually gray. Men who were bald or balding were sometimes provided with hair caps – wigs. Brother Isaac Newton Youngs at the Church Family, Mount Lebanon, was given a hair cap made by the sisters. It gave him the ability to conform to the Shaker hair style and remain in union. As to hair color, in the mid-1880s the Second Family Shakers at Mount Lebanon developed a product that they offered for sale called Shaker Hair Restorer. It was marketed with a statement about the Shakers century-long engagement “in the cultivation of medicinal herbs and in the preparation of various essences, extracts, and compounds that are largely used in medical practice.” However, the product clearly fell into the category of cosmetics; they noted that, “Gray hair may be honorable, But the natural color is preferable.” One has to wonder if the product came out of a long history of preparations that brought the brethren’s hair into color conformity as the scissors had the style. By 1895 the brothers were allowed to wear their hair however it suited them.

The tintype photograph of the young brother has been in the Shaker Museum collection for a number of years but had never been cataloged and therefore any accompanying information about the image has been lost. It is a sixth plate tintype protected by a paper sleeve. There are no identifying marks on the tintype or its paper sleeve.The photograph itself, shot in a studio setting of the type that became popular beginning in 1870. Since the Shaker ministry wrote a circular letter denying members permission to have portraits made in 1873, it is possible that the tintype was made between those two dates.

2 responses to “Give Me Down to There Hair, Shoulder Length No Longer”