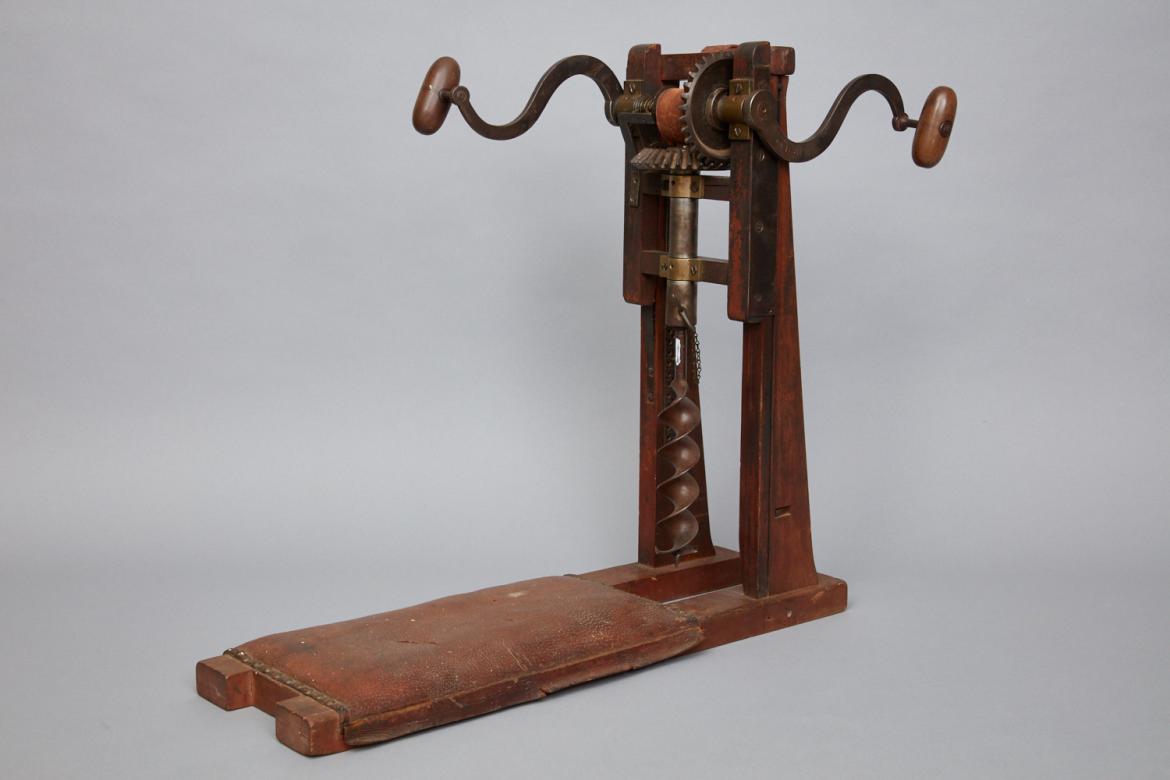 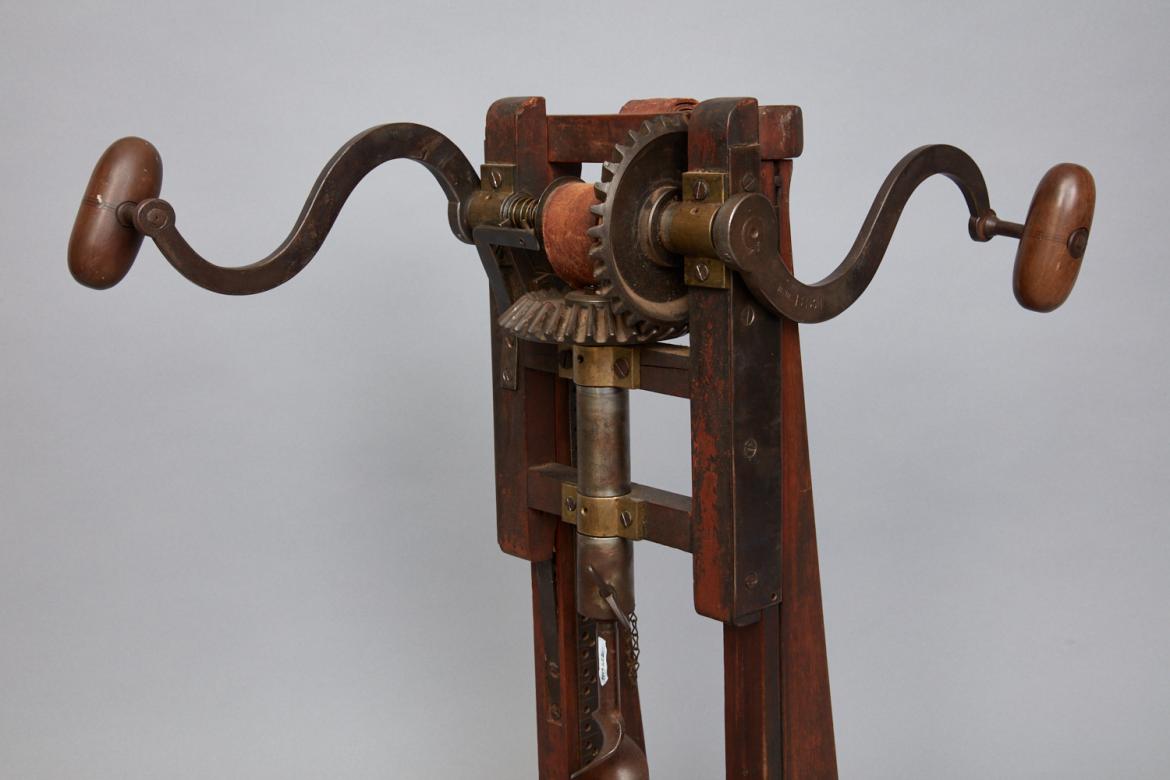 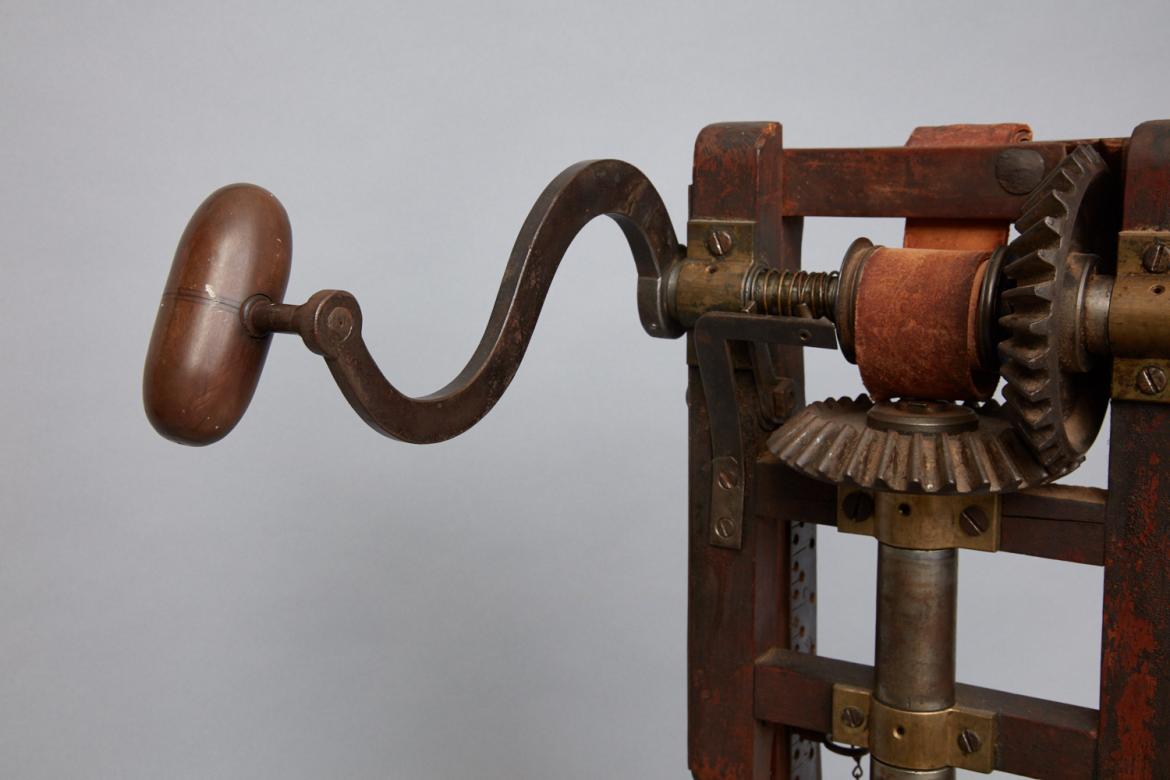 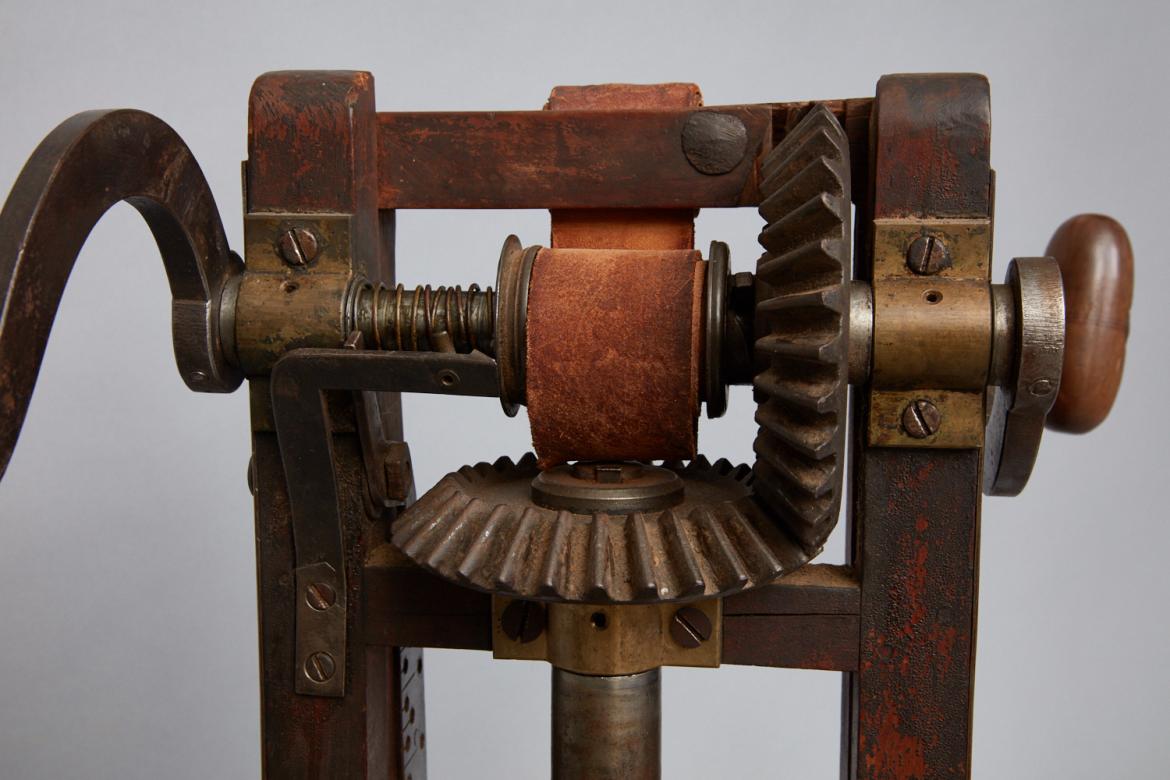 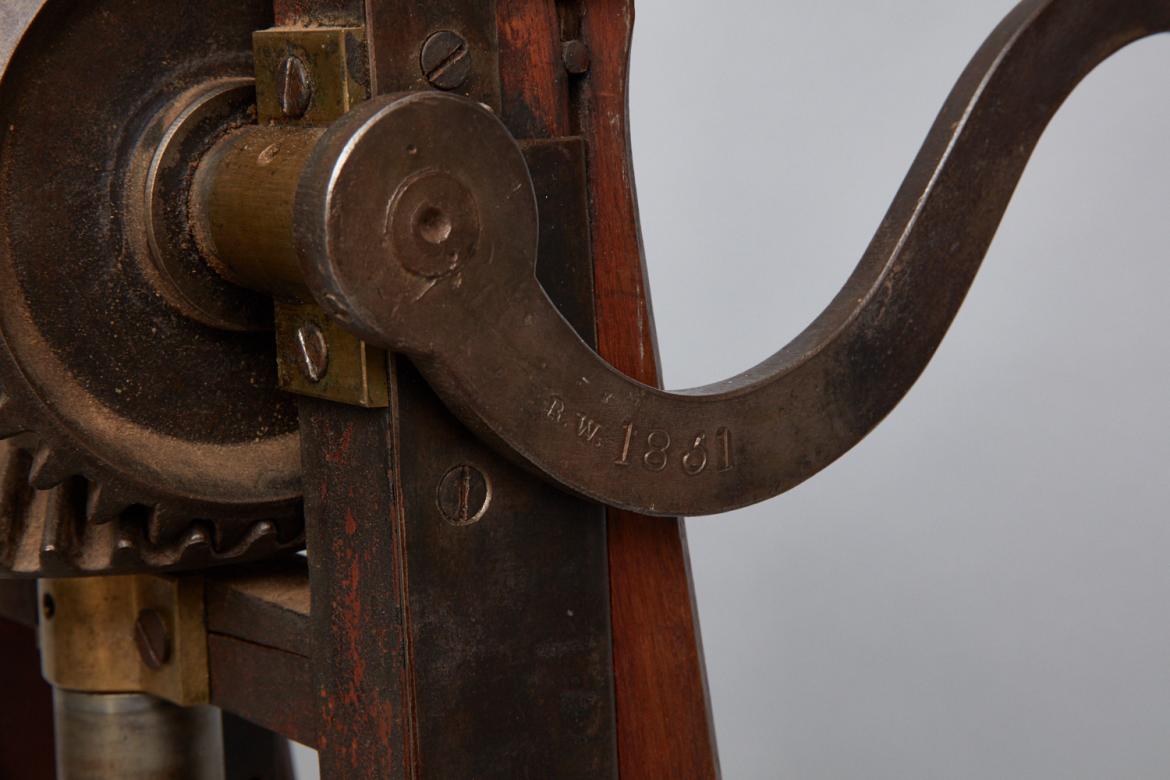 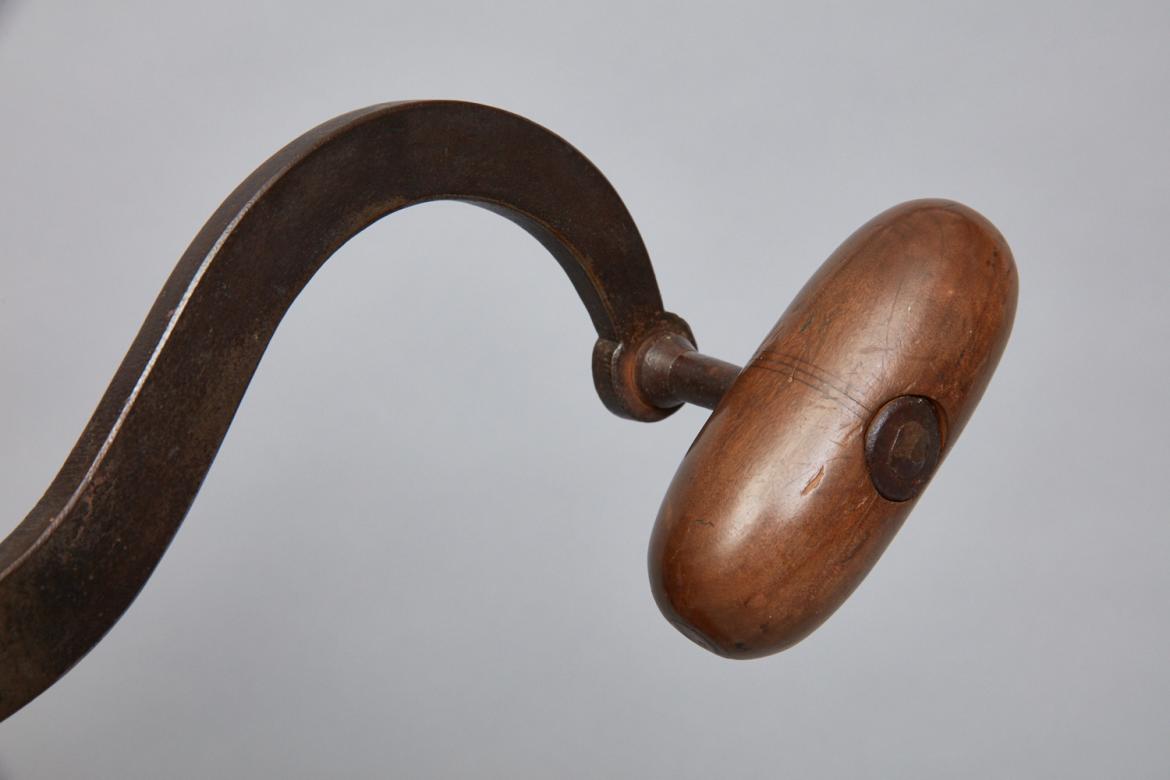 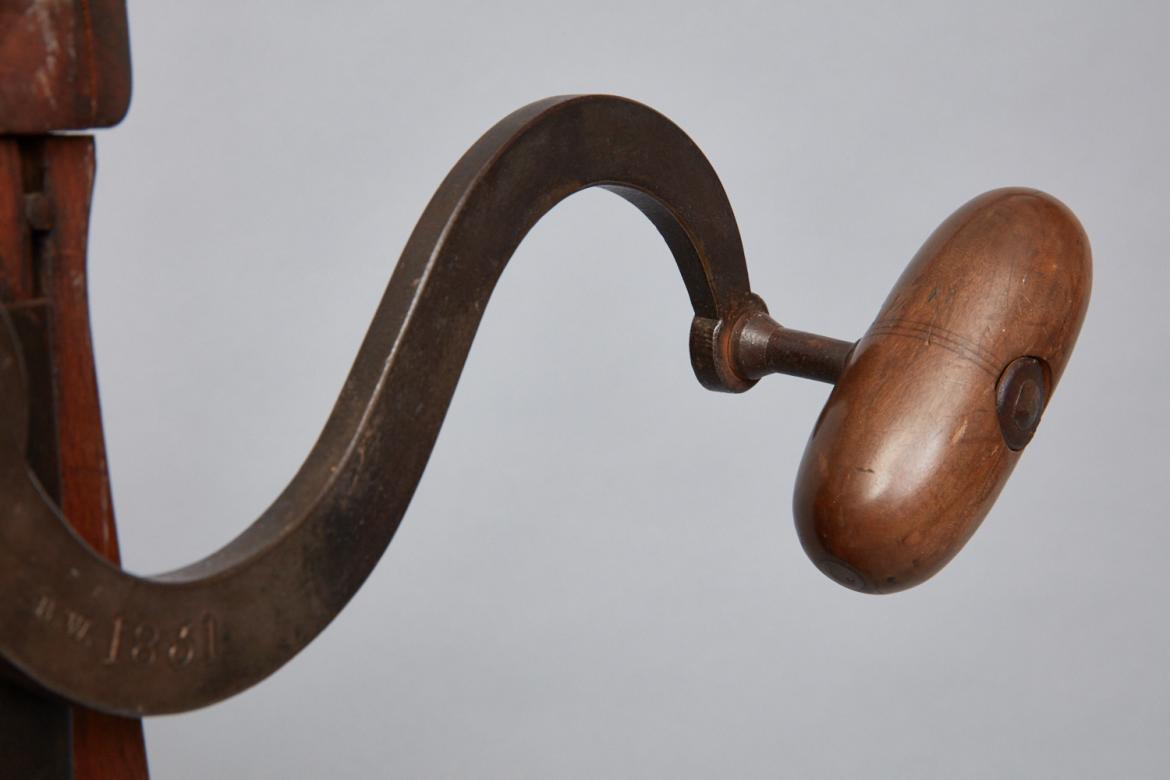 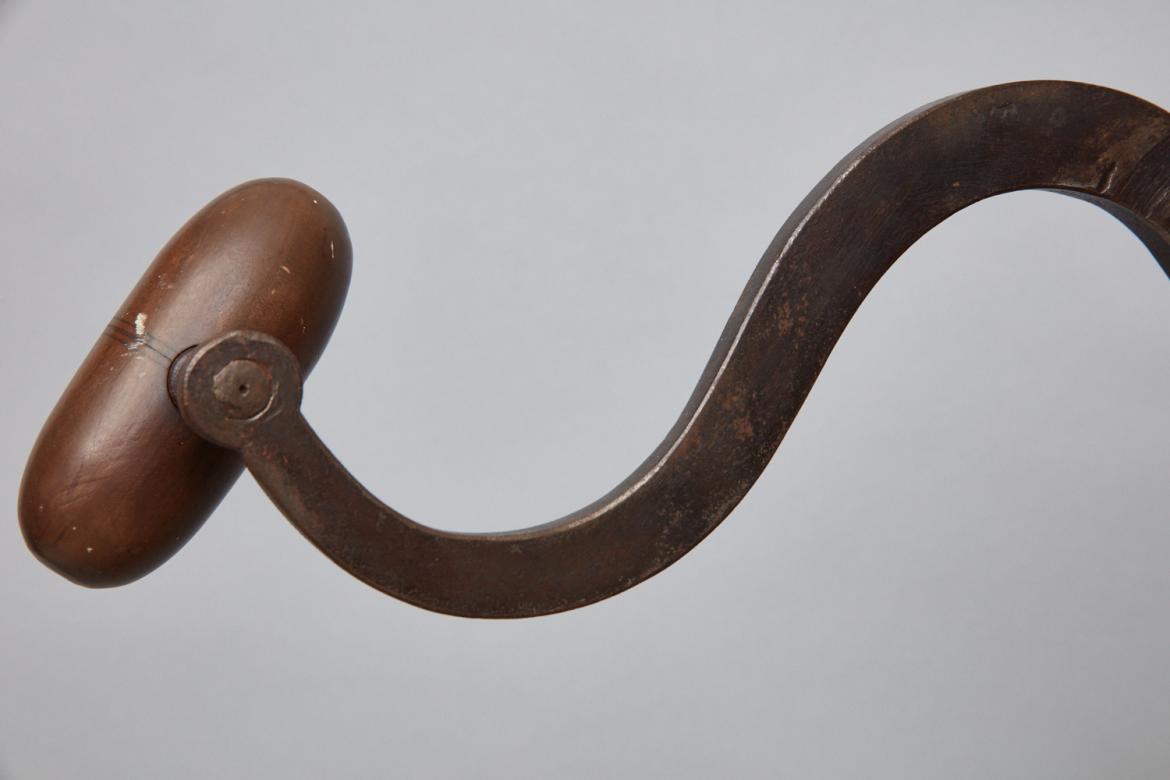 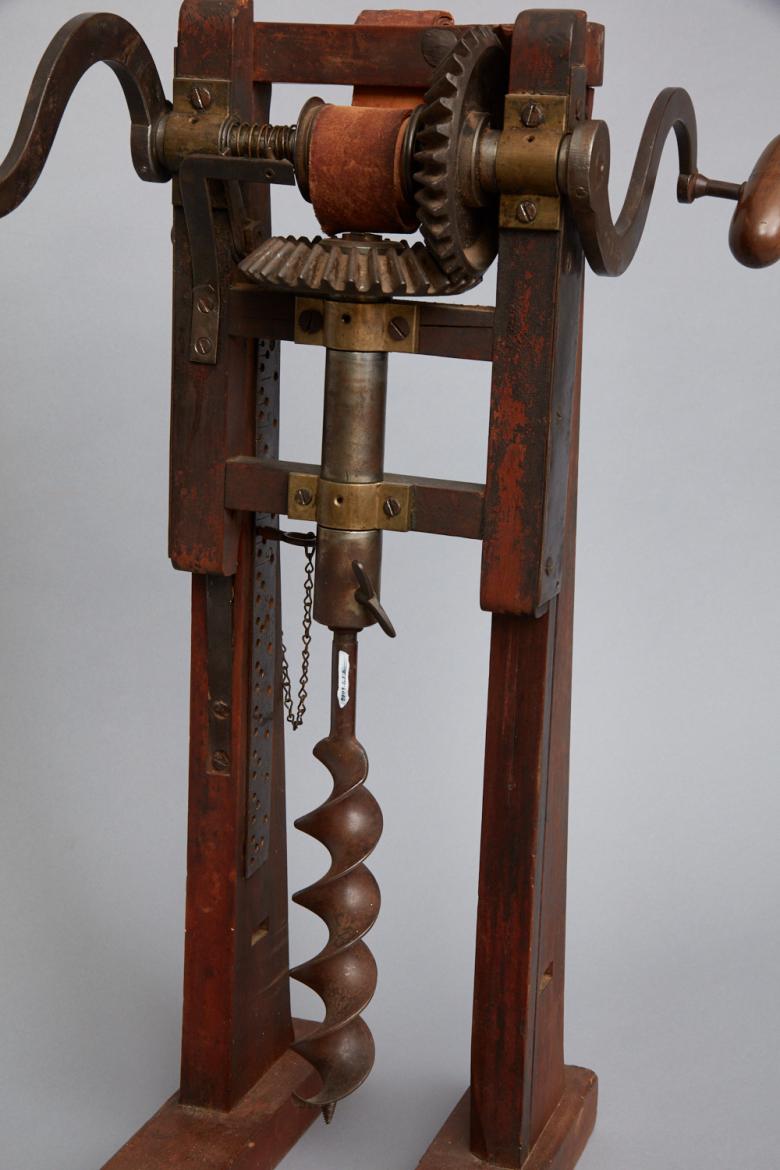 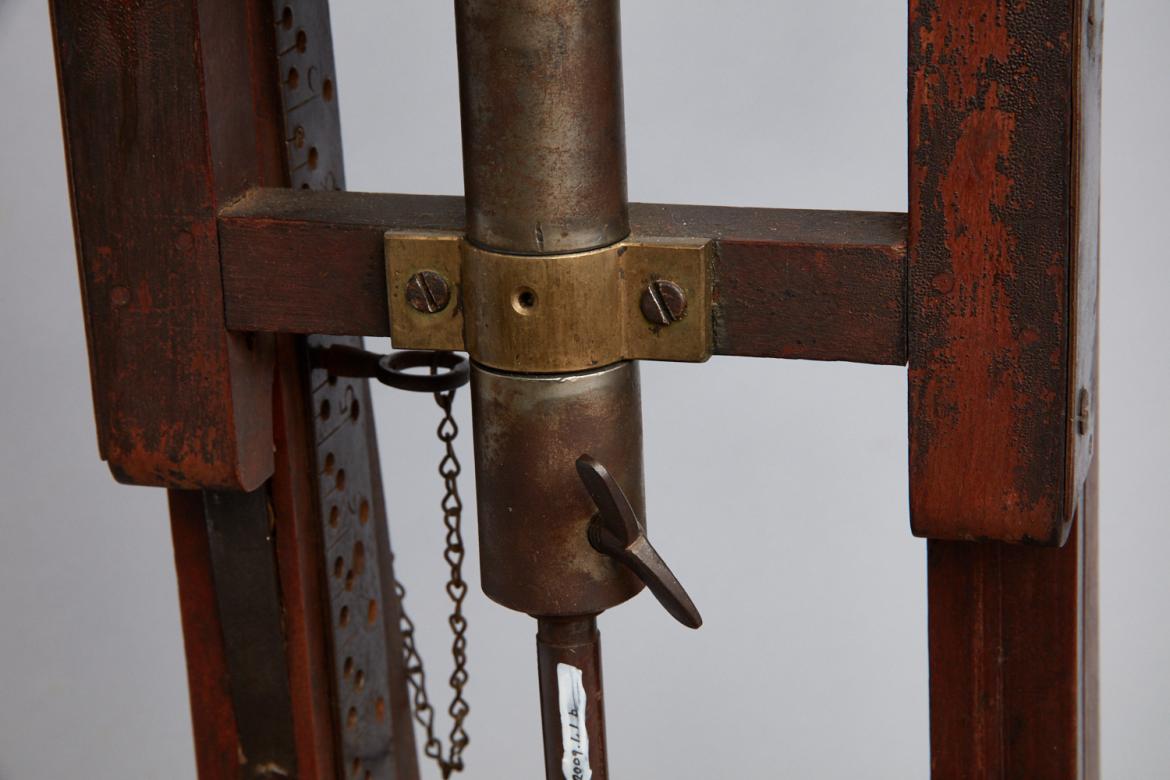 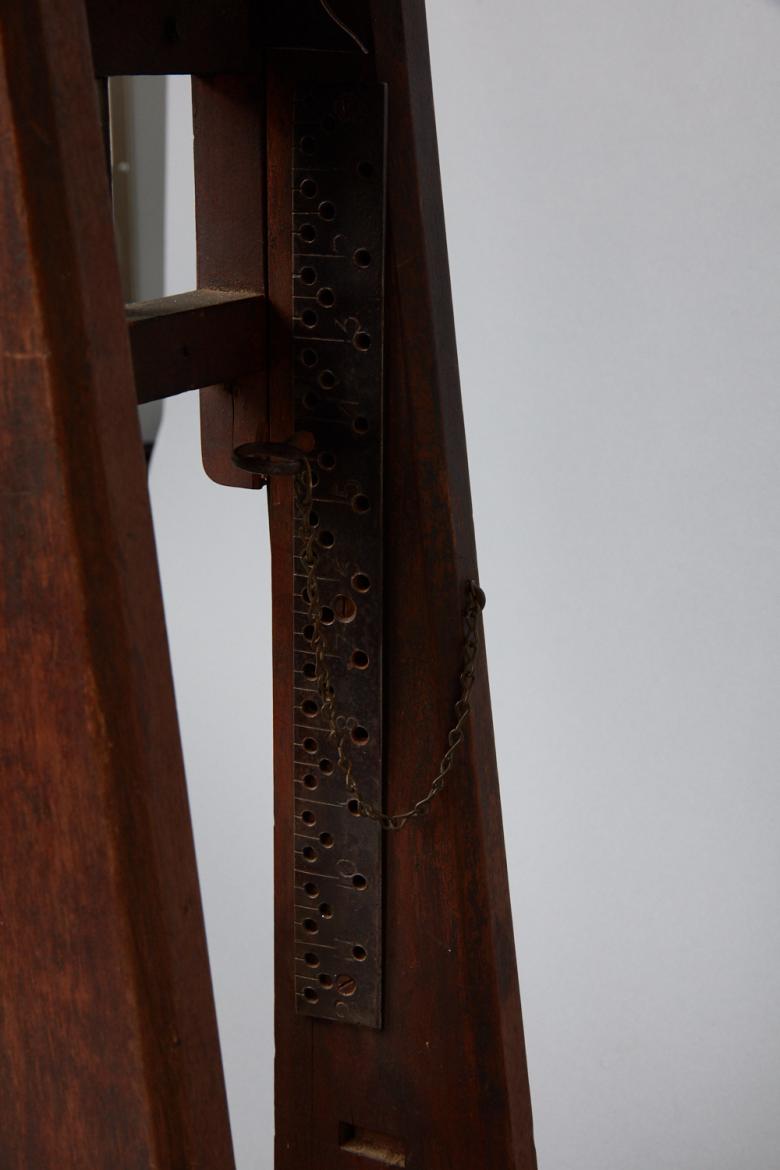 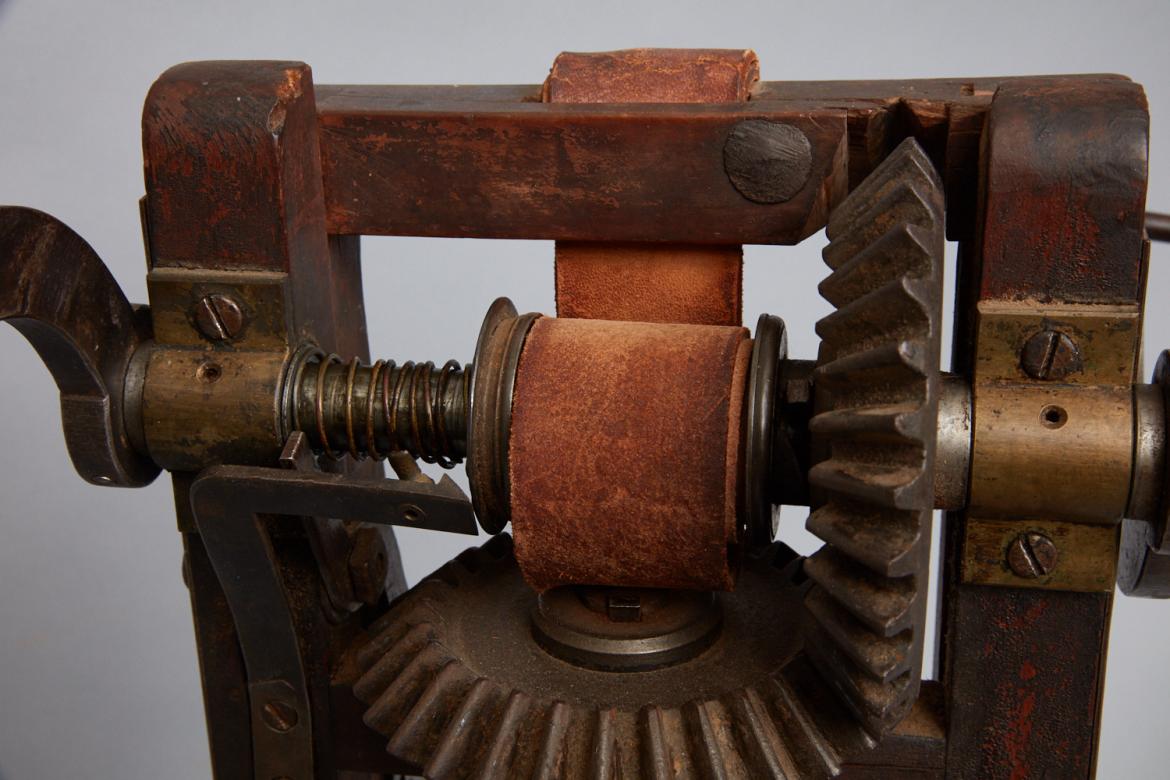 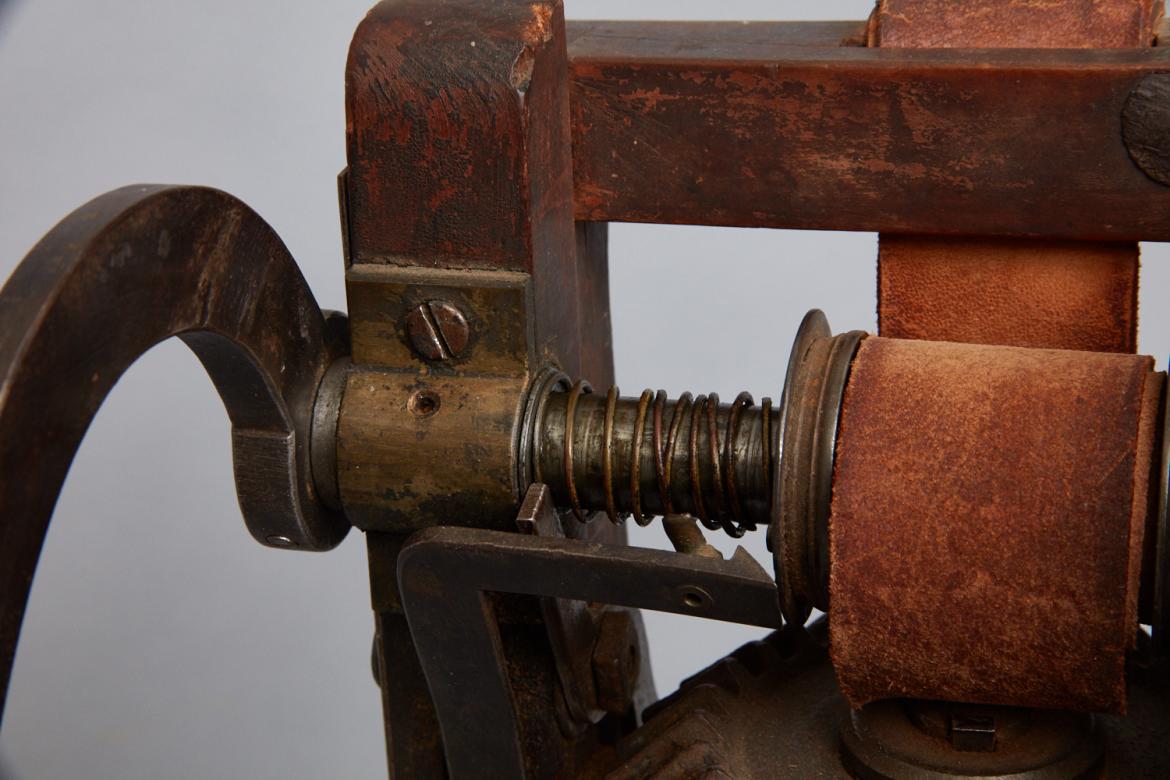 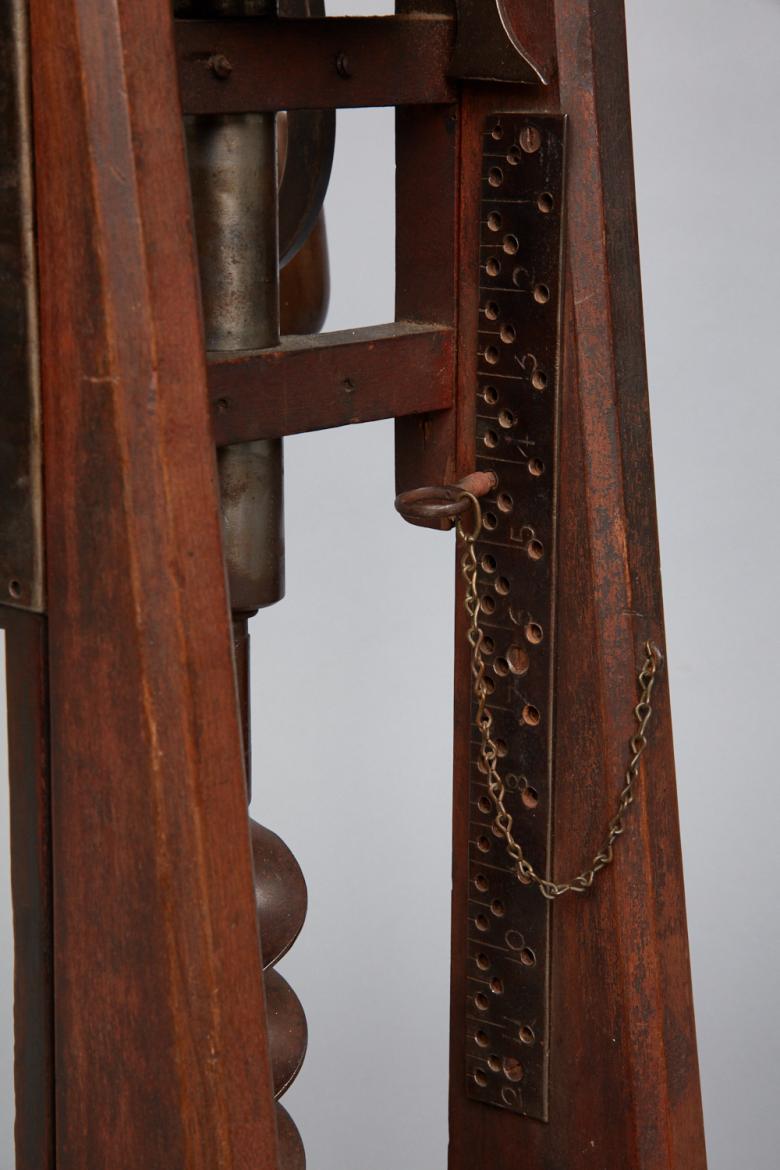 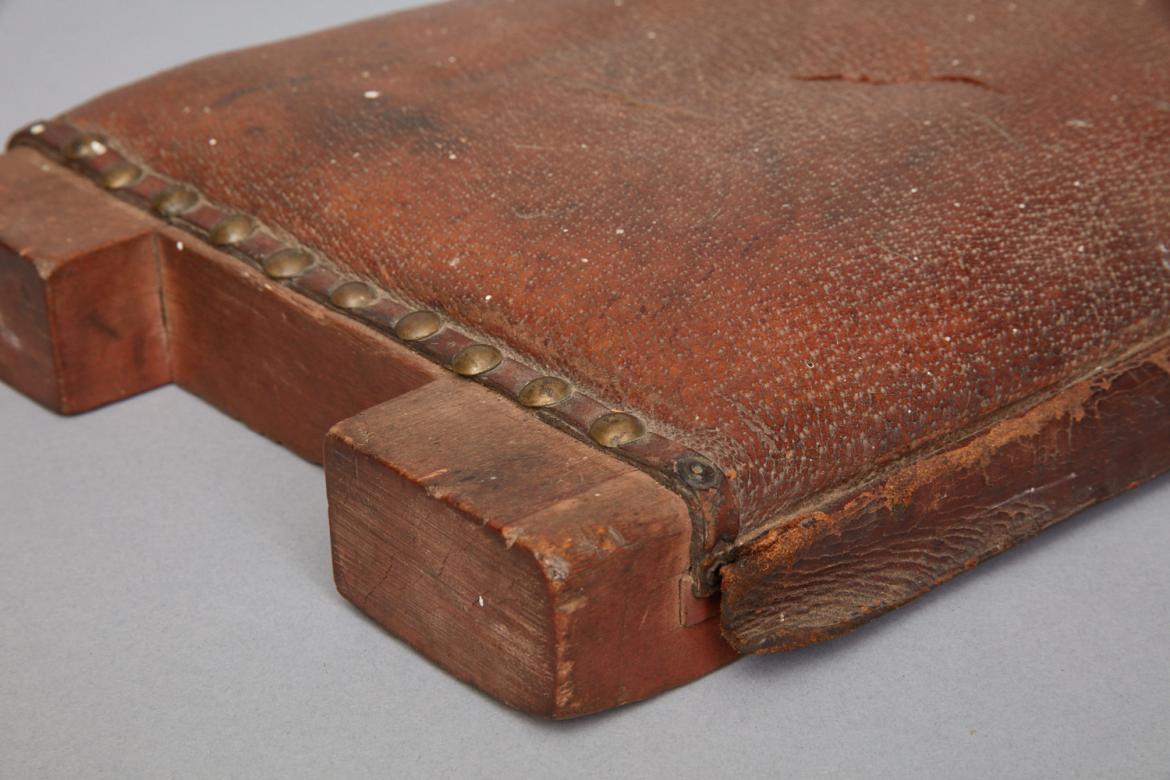 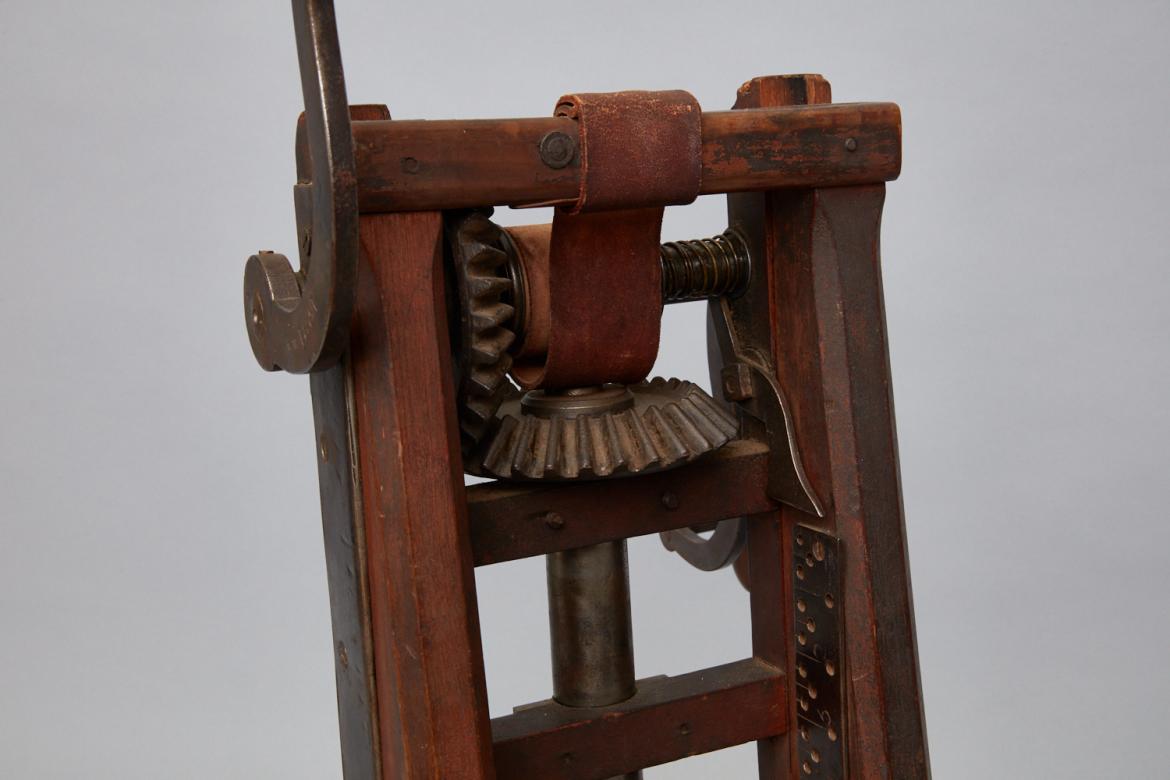 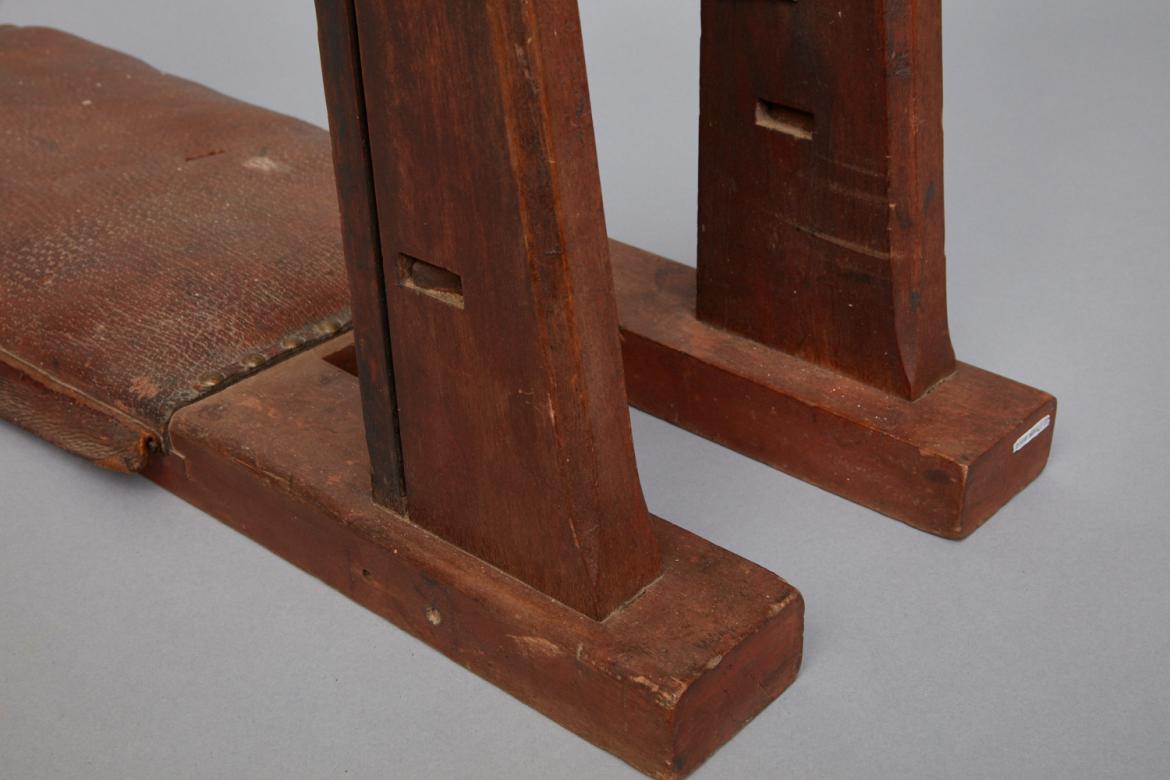 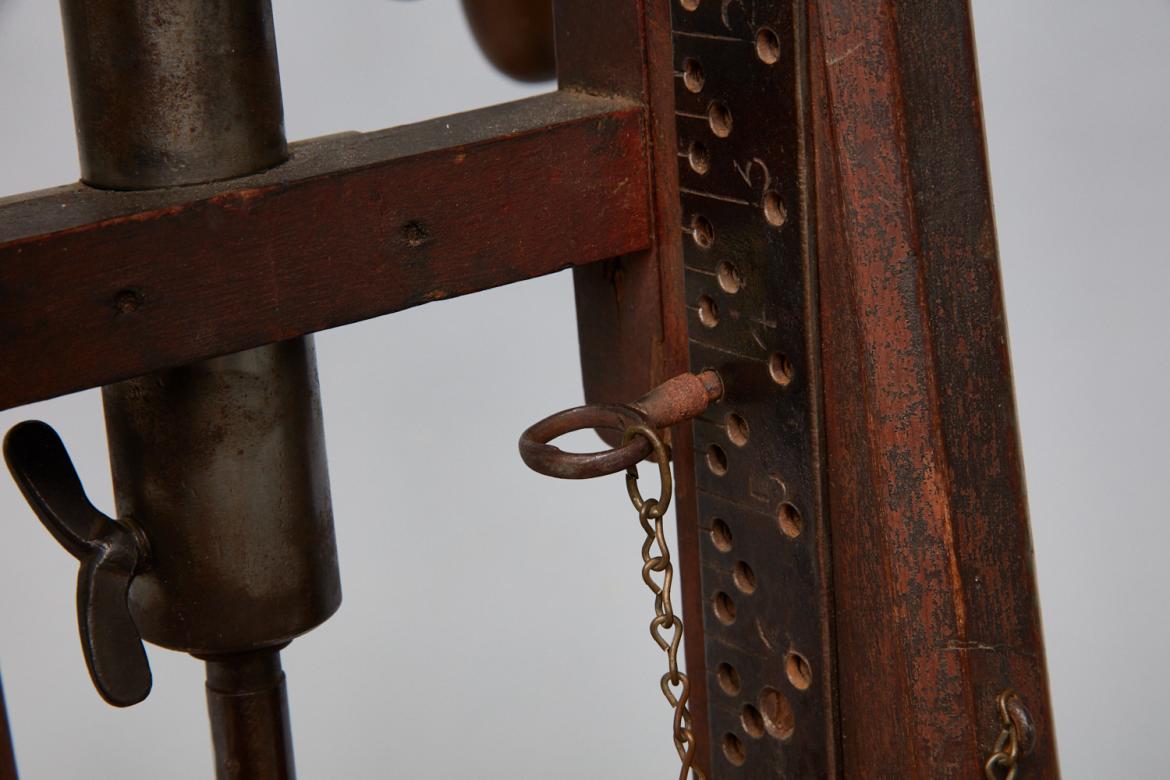 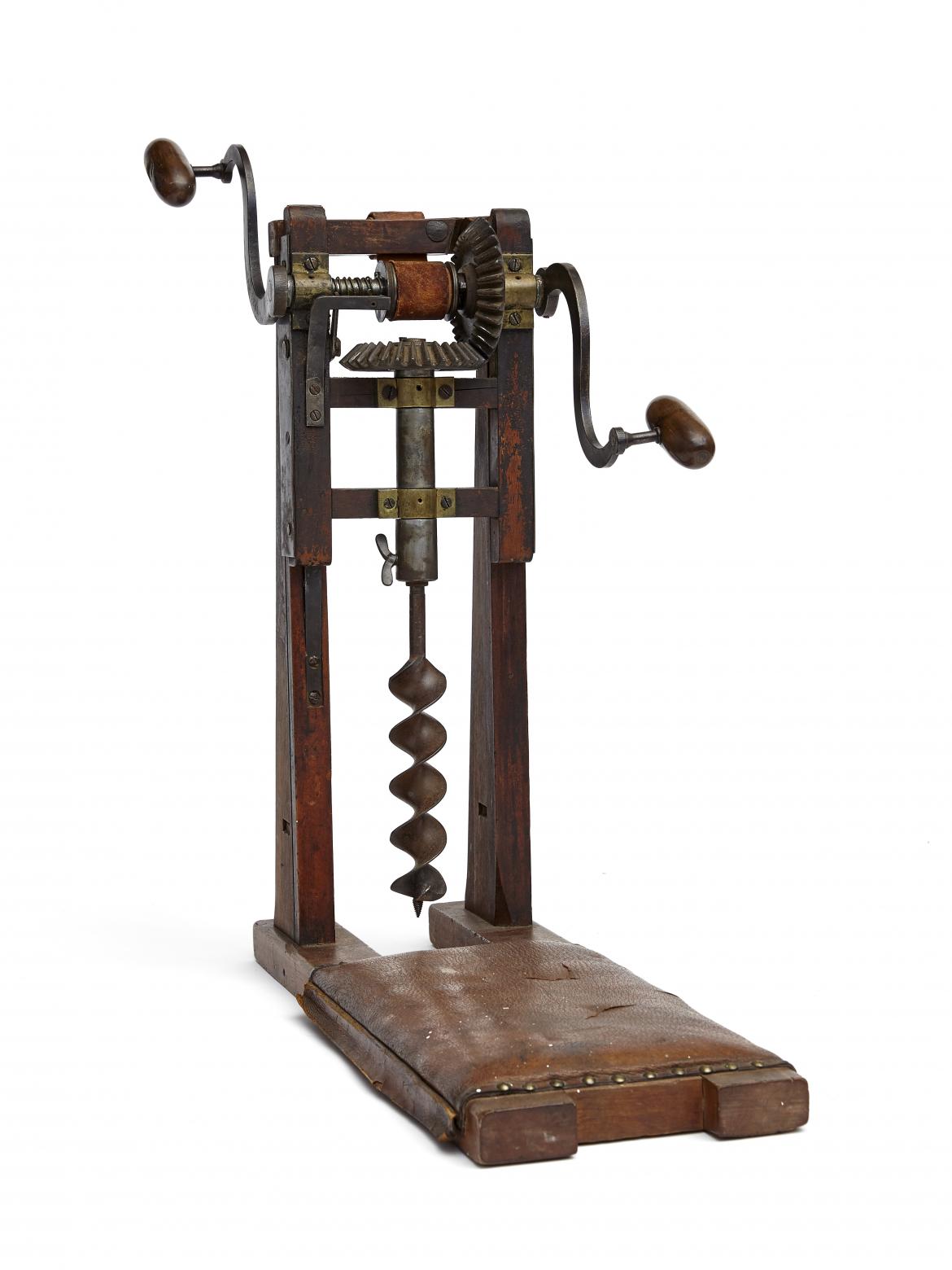 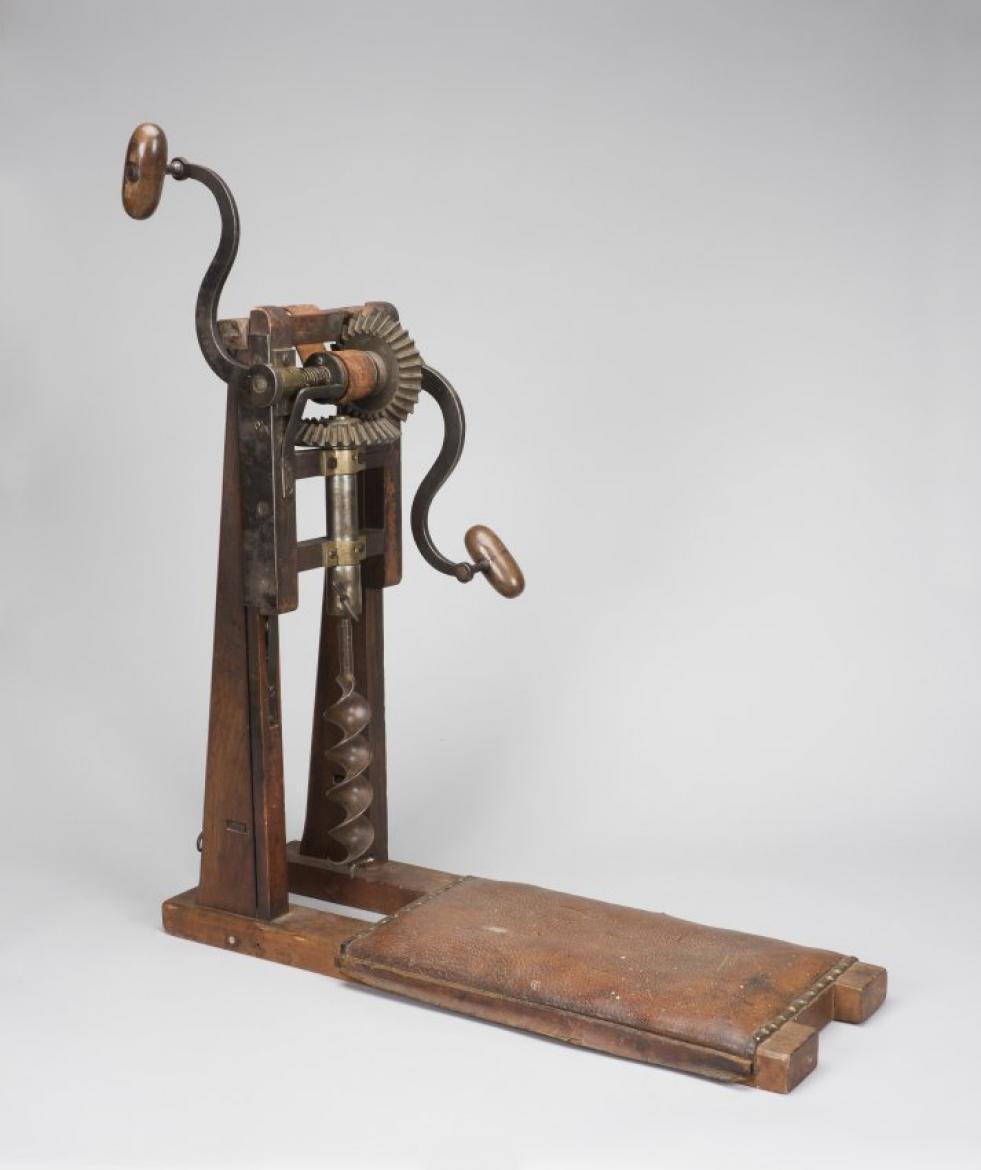 (a) Mortise and tenoned base frame of maple stiles (with hickory pins in joints), birch rails and a cherry panel under a padded leather seat, secured with brass-headed decorative tacks. Two birch uprights are secured to the base by a bolt and captured nut (iron) in each and held at the top by a birch rail through which the uprights are mortised and tenoned. A drill carriage and mechanism is attached to the uprights by iron brackets which move up and down in a dado on the outside of either upright. The carriage has two birch stiles and two birch rails mortised and tenoned together and the drill mechanism consisting of iron cranks on each side, each with a turned maple handle. The cranks are fastened to the ends of a steel shank which is held to the carriage by brass journals. On this shank is a cast iron gear, a steel spool on which the leather retracting belt winds and unwinds, along with a spring-loaded steel clutch mechanism that allows conversion from drilling mode to retraction. The gear on this shaft engages an identical gear secured to the top of the quill translating the rotation in the horizontal plane to that in the vertical. The quill is held to the birch carriage rails by two more brass journals. A steel thumb screw tapped into a hole at the lower end of the quill serves to lock the drill bit into the quill. A segment of a framing square with holes drilled through and an iron key ground to a pin held by a brass chain serves as a depth stop. The carriage lock is a spring-loaded steel strap. Wood parts were originally painted salmon.