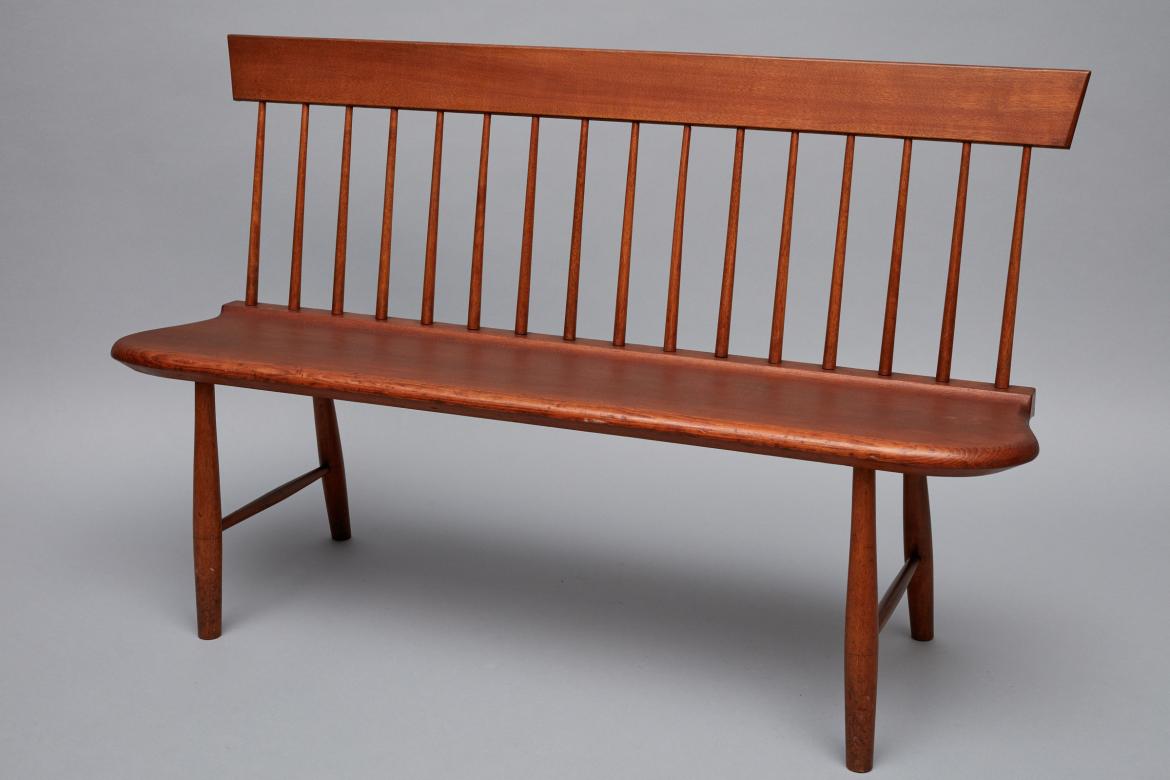 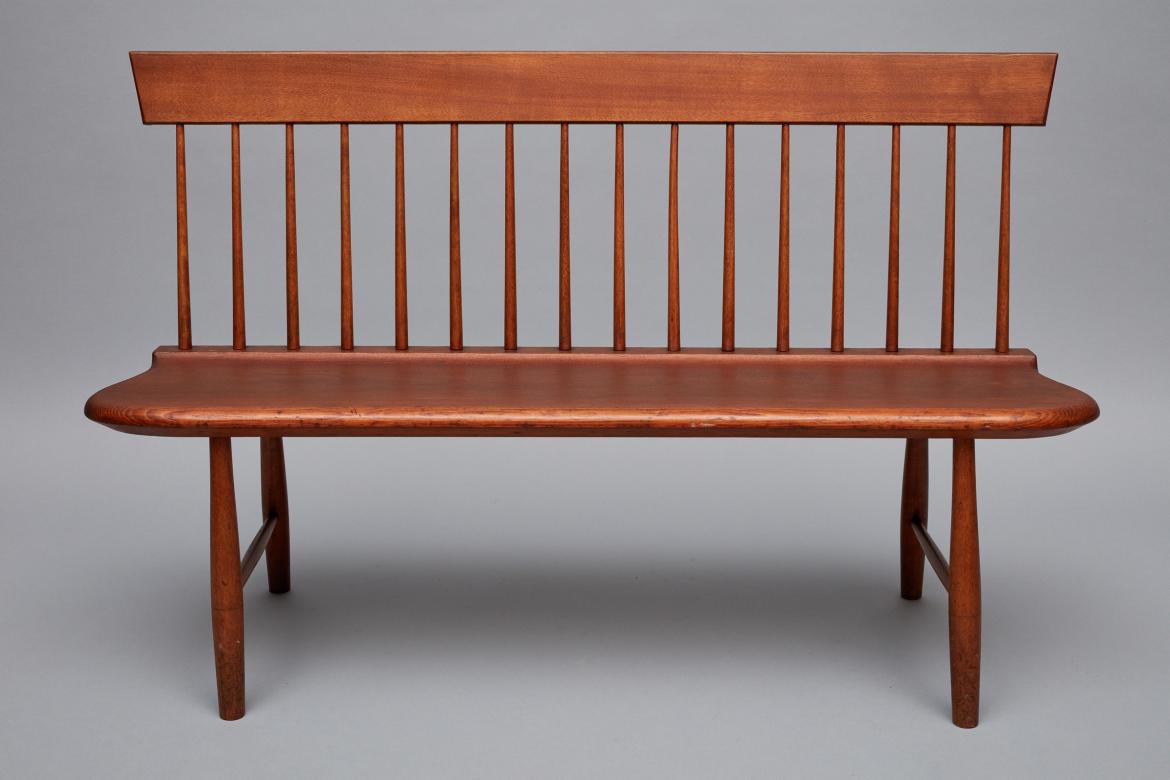 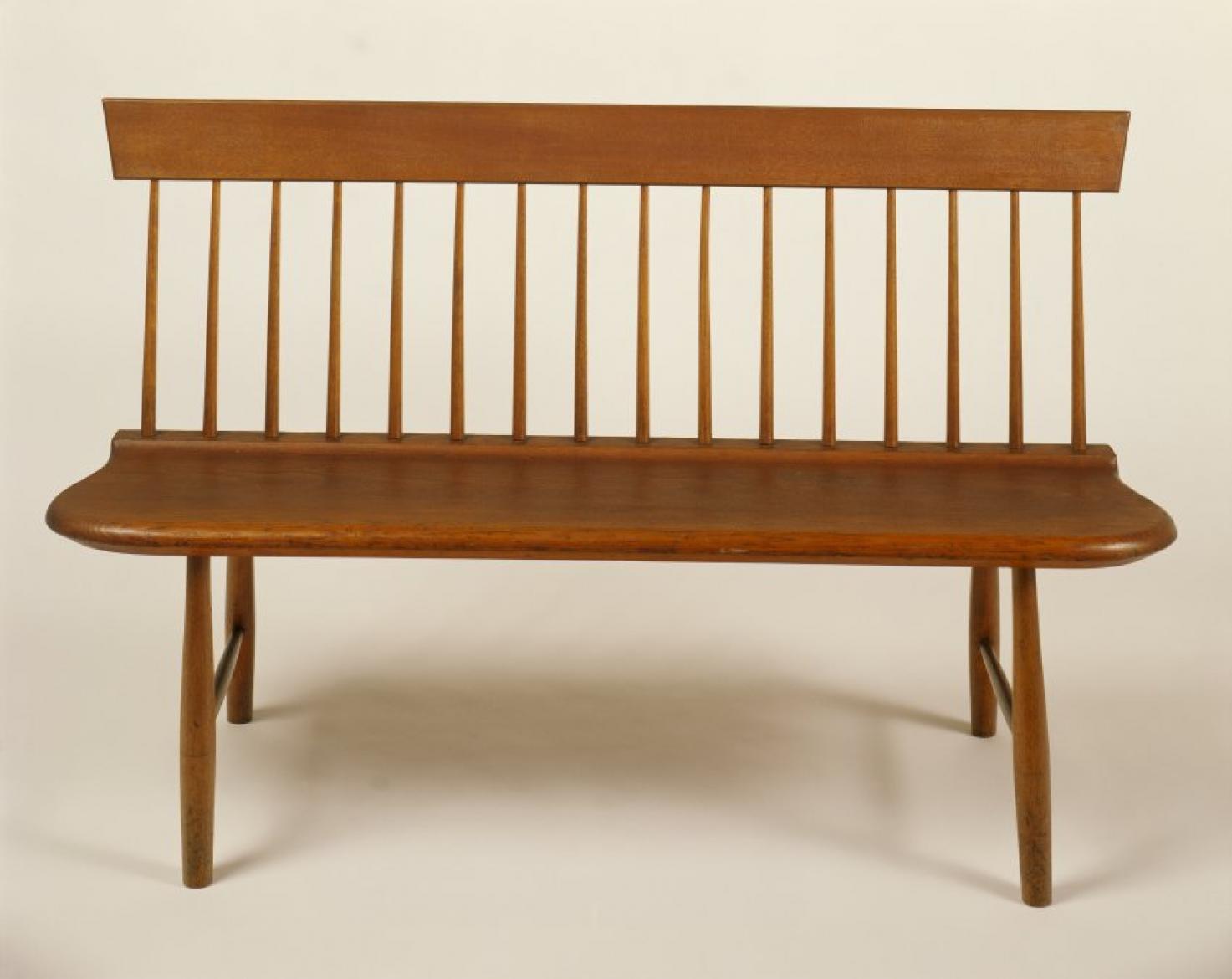 Bench of birch with a pine seat. Back comprised of sixteen spindles that taper toward top and a straight crest rail with inward-angled sides. Flat seat with bow-shaped ends slightly rises where the spindles are set in; bottom of seat gently chamfered. Two pairs of two legs at each end that widen from the top before tapering again at the feet, joined by front-to-back stretchers. Natural finish.

Many similarities exist between this bench and non-Shaker Windsor-style furniture. Both feature turned legs and shaved spindles doweled into a hewn pine seat, creating a seating form that is both lightweight and sturdy. Shaker characteristics on this bench include its straight back and its lack of lengthwise stretchers between the legs. The mobility of this type of bench was critical to its design, owning to the varied functions taking place inside the meetinghouse. For example, the benches would have been used for meetings, but then moved aside for dancing. Another function is captured in a photograph (accession number 14502) that shows a gathering of young Shakers in the Enfield meetinghouse sitting in rows on benches similar to this example. The scene appears to be of a music lesson, and the benches were oriented facing toward a doorway or a large exterior window. Naturally, as in all Shaker activities involving both sexes, the boys are seated apart from the girls, separated by the aisle and a Shaker sister playing a keyboard. Interestingly, the seats of all the benches pictured are covered with a striped cloth. The bench was used in the meetinghouse. It is shorter than similar examples; in her catalogue for Shaker Design (1986), June Sprigg speculated that this bench may have been for the use of elders or members of the ministry. It was acquired from the Canterbury, NH Shakers, where it had been brought following the closing of the Enfield community in 1923.