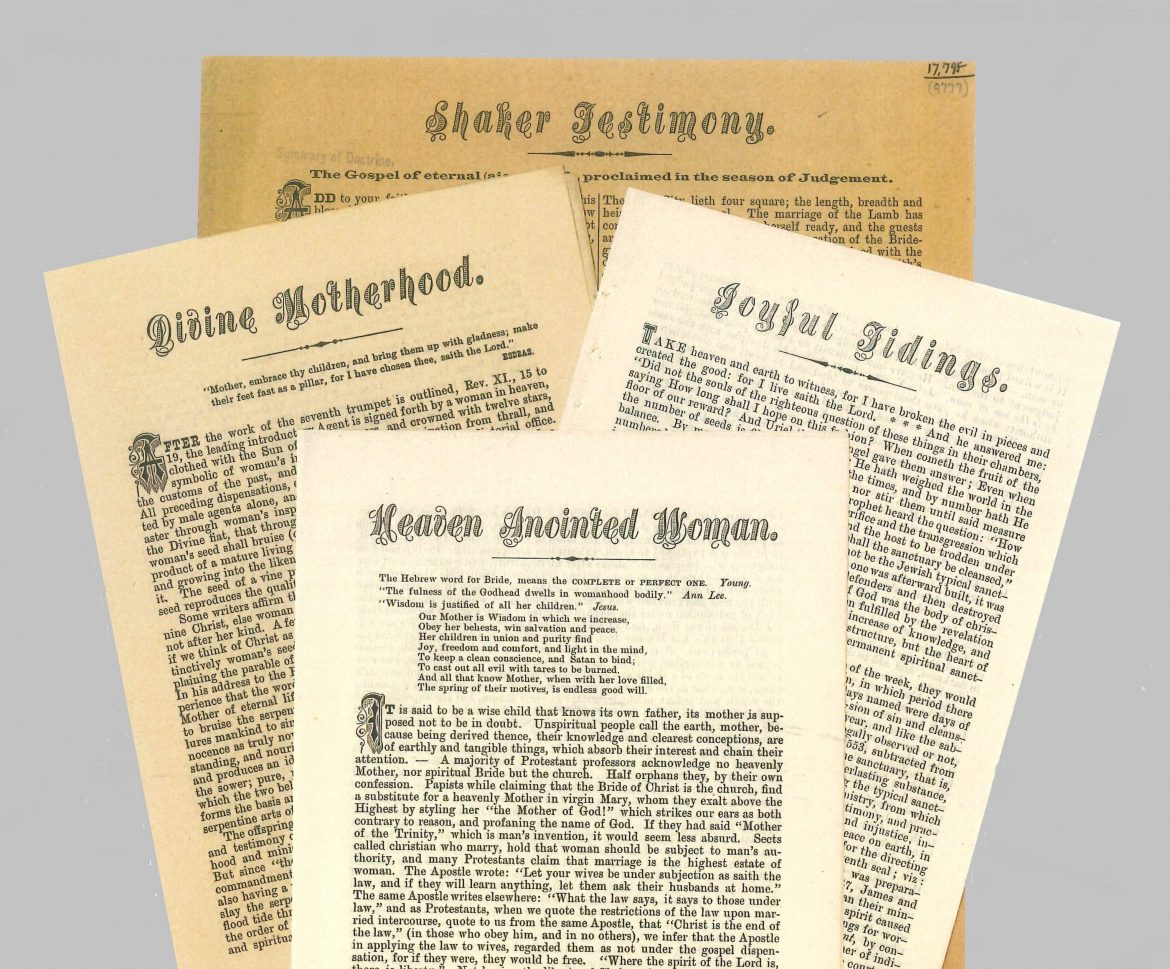 Interesting stories about life in Shaker communities often begin with the most mundane of comments made in journals or the press. In this case it was a short article in the June 13, 1895 issue of The Columbia Republican titled simply, “Shaker Found Dead.” In its entirety it read, “William Koch, a Mt. Lebanon Shaker, was found dead […]

Interesting stories about life in Shaker communities often begin with the most mundane of comments made in journals or the press. In this case it was a short article in the June 13, 1895 issue of The Columbia Republican titled simply, “Shaker Found Dead.” In its entirety it read, “William Koch, a Mt. Lebanon Shaker, was found dead in a barn at that place Monday evening. Coroner Cochran, of this city [Hudson, NY], was notified and will hold an inquest.” It was not unusual for the Shakers to request a coroner’s inquest in the case of suicides or mysterious deaths – just to assure the public that there was no chance of any foul play that might bring about criticism of their community. What seemed to be an interesting little mystery turned out to be nothing more than a natural death at an unfortunate time and in an unfortunate place. The Church Family recorded on Tuesday June 4, 1895, that “Wm Koch was found dead in Old kiln at Center [Family] to day – verdict, heart failure.” Apparently Brother William had some business at the old kiln and while there had a heart attack and was not found until that later that night. He was buried on June 6th – age 70 years, 9 months, 14 days.

But who was Brother William Koch? According to an obituary written by Elder Alonzo G. Hollister for the July, 1895 issue of The Manifesto:

William was born in Brunswick, Germany. He studied in the university of Heidelberg, and qualified himself for a lawyer. In 1848 he took part in the revolution at Rome. When the Pope’s rule was restored by French soldiers, William being proscribed also in Germany, took refuge in Switzerland. He afterward emigrated [sic] to Brazil, became naturalized and was made Judge of the only Court in the Colony of 10,000 inhabitants and held this office for twenty years. He returned to Europe to visit his relations and then came to the U. S. at the solicitation of his brother who desired his aid in publishing a German paper. His belief in Communistic principles induced him to visit the Shakers of Mt. Lebanon in the fall of 1884. In Dec. of that year he entered the Society with his companion [Catherine Koch (1840-1905)] and has manifested himself a man of clean spirit, and respect to the discipline and regulations of the Community. He was gentle and peaceable and seemed rather to submit to injustice, than engage in sharp contention.

As Elder Alonzo noted, Koch came to the U. S. to work on his brother’s newspaper. While not yet documented, it appears that his brother was Werner Koch (1834-1911) who, as an experienced printer, trained in Germany, immigrated to the United States in 1854. After a number of failed attempts to start a German-language newspaper, he successfully founded the Washington Journal. Koch characterized his paper not as a German newspaper, but as an American newspaper written in German. The paper was highly popular with the large German-speaking population of Washington, D.C.

Little information of Koch’s coming to the Shakers survives; however, it appears that it is he who is mentioned in a North Family journal on October 24, 1884, when it was recorded that “A German Jew here also,” and two days later when it was noted that, “the Jew unites.”  From the North Family, Brother William was sent to live at the Center Family where he appears to have lived out his decade of Shaker life. It was there that Brother William worked as a printer – probably printing labels for medicinal preparations. At this time this business was under the charge of Elder Alonzo G. Hollister, who recounts his work with Brother William in notes he made in a journal in the collection of the Western Reserve Historical Society. (Hollister, Elder Alonzo Giles, “Reminiscences by a Soldier of the Cross,” 1909. Western Reserve Historical Society, Cleveland, OH, mss. no., X:B-31, pp. 233-247.)

In 1885, Elder Alonzo had written a piece for The Manifesto mentioning that the word “repent” did not convey the full meaning of the corresponding Greek work metanoia. When he showed the piece to Elder Giles Avery for his approval, Elder Giles said that although the essay was good, he felt that people may not understand it. When the essay, “The New Revelation,” was rejected for publication, Elder Alonzo decided to have it printed himself. He recalled, “We had a German lawyer & Judge serving in our printer’s shop & he put it in type, & spent perhaps a week, setting it up & picking out the poor, battered face type, & replacing them by good so as to make the impression.” Elder Alonzo asked for forty-cents worth of printing paper to have the essay printed, but was told, “Nay…that Elder Giles did not want it printed.” However, Elder Alonzo wrote, “William had spent valuable time to get ready & make a nice job of it – I did not believe it was right after the matter had gone so far to tell Wm he might undo what he had done & distribute the type without going further.” Brother Washington Jones, the family deacon, provided Elder Alonzo with some paper and by the end of 1885 Brother William printed “The New Revelation” as a four-page bi-fold tract. A second edition of “The New Revelation” was printed as a fourteen-page pamphlet in 1909. Elder Alonzo had said of the first edition that, “I askt for 200 copies to be printed, Have often wisht it had been 600 or 1000.” By 1909, when he had the second edition printed, Elder Alonzo had backed off those numbers and had only 250 copies printed.

Elder Alonzo Hollister was a prolific writer. At least 170 of his pamphlets and articles published in The Manifesto and non-Shaker publications have been identified. Brother William Koch, from his first pamphlet until his death in 1895, printed four more pamphlets for Elder Alonzo. In 1909, Elder Alonzo compiled a list of tracts that he wrote or had printed along with the number of copies printed. In this listing he identifies the four tracts that were “Home printed by Wm. Koch.” They are: “Divine Motherhood” (1000 copies), “Heaven Anointed Woman” (1000 copies), “Shaker Testimony” (3000 copies), and “Joyful Tidings” (1000 copies).

“He was of the better class of mankind,” wrote Elder Alonzo in Brother William’s obituary, “and we believe will be better prepared for his privilege here to become a leader of that class to the higher truths of eternal salvation.” Shaker Museum is fortunate to hold copies of all five of the tracts known to have been printed for Elder Alonzo by Brother William Koch.